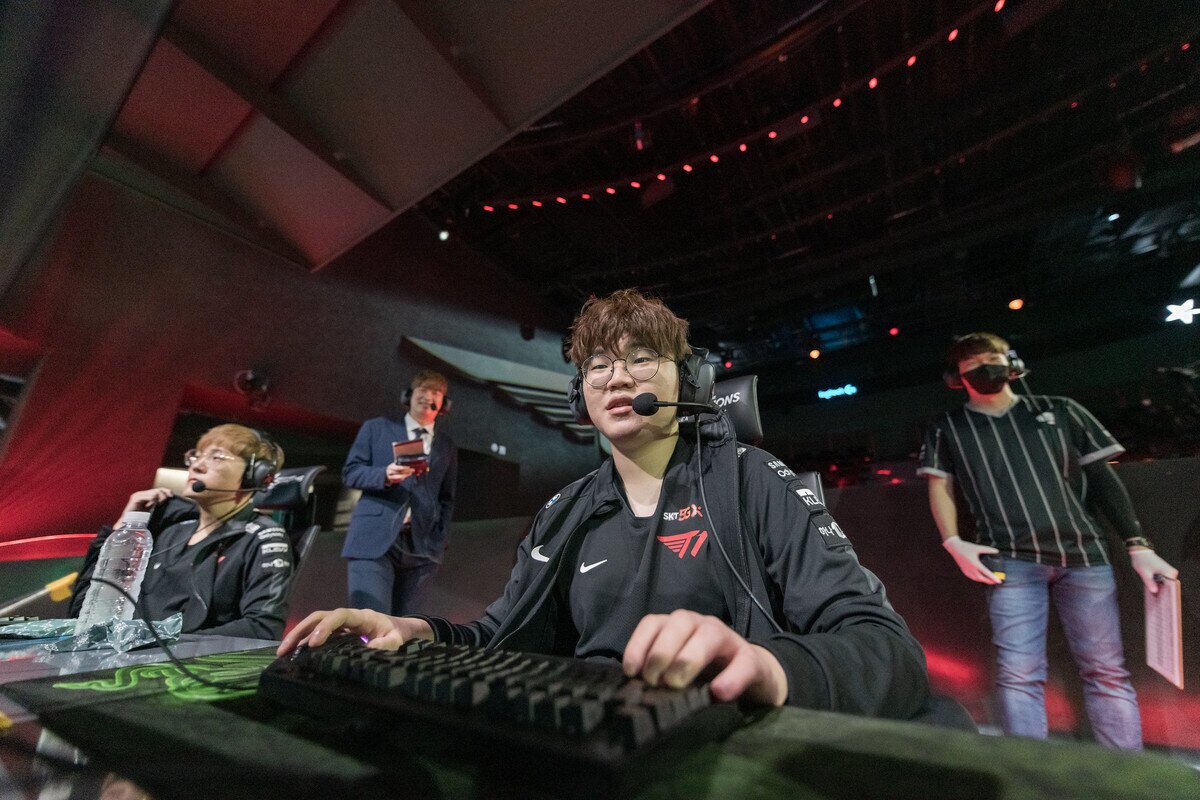 Lee “Clozer” Ju-hyeon has reportedly left T1 and signed with Liiv SANDBOX, according to esports reporter Kenzi. Clozer’s contract is scheduled to end in 2022, but Liiv SANDBOX may have bought out his contract. Neither the player nor the organizations involved confirmed the move, however.

Clozer joined T1 in May 2019, originally starting on the organization’s academy roster before playing under Faker. The substitute mid laner was a part of T1’s ambitious 2021 ten-man roster, which tried out nine different roster combinations before their eventual Worlds run.

Clozer showed promise during his 21 games in the LCK 2021 Spring Split but was subbed out in the middle of the regular season. The 18-year-old mid laner was not placed back in the starting roster for the remainder of T1’s season, sitting out of the LCK Summer Split and Worlds 2021.

Liiv SANDBOX is now reportedly interested in picking up the promising mid laner, according to Kenzi. Originally joining the LCK in 2019 under the name SANDBOX Gaming, the organization has kept Yoo “FATE” Su-hyeok as the starting mid laner for nearly the team’s entire history.

T1 is reportedly expected to drop several members of its 2021 roster. Teddy has already received offers from teams in the LCS and LCK, according to a report by Upcomer.

Liiv SANDBOX became only the second team to bring over a western coach to the LCK—current Fnatic coach Jakob “YamatoCannon” Mebdi in 2020. The team also produced the eventual World Champion ADC Jang “Ghost” Yong-jun, who joined Damwon Kia after his short stint with SANDBOX.

Clozer’s contract with T1 is set to end in November 2022, according to an unofficial contract database, meaning Liiv SANDBOX likely bought out his contract. It’s still unclear whether or not Clozer will remain with his longtime team or venture out to a new squad for the first time in his young career, however, and the parties involved haven’t officially confirmed any moves.