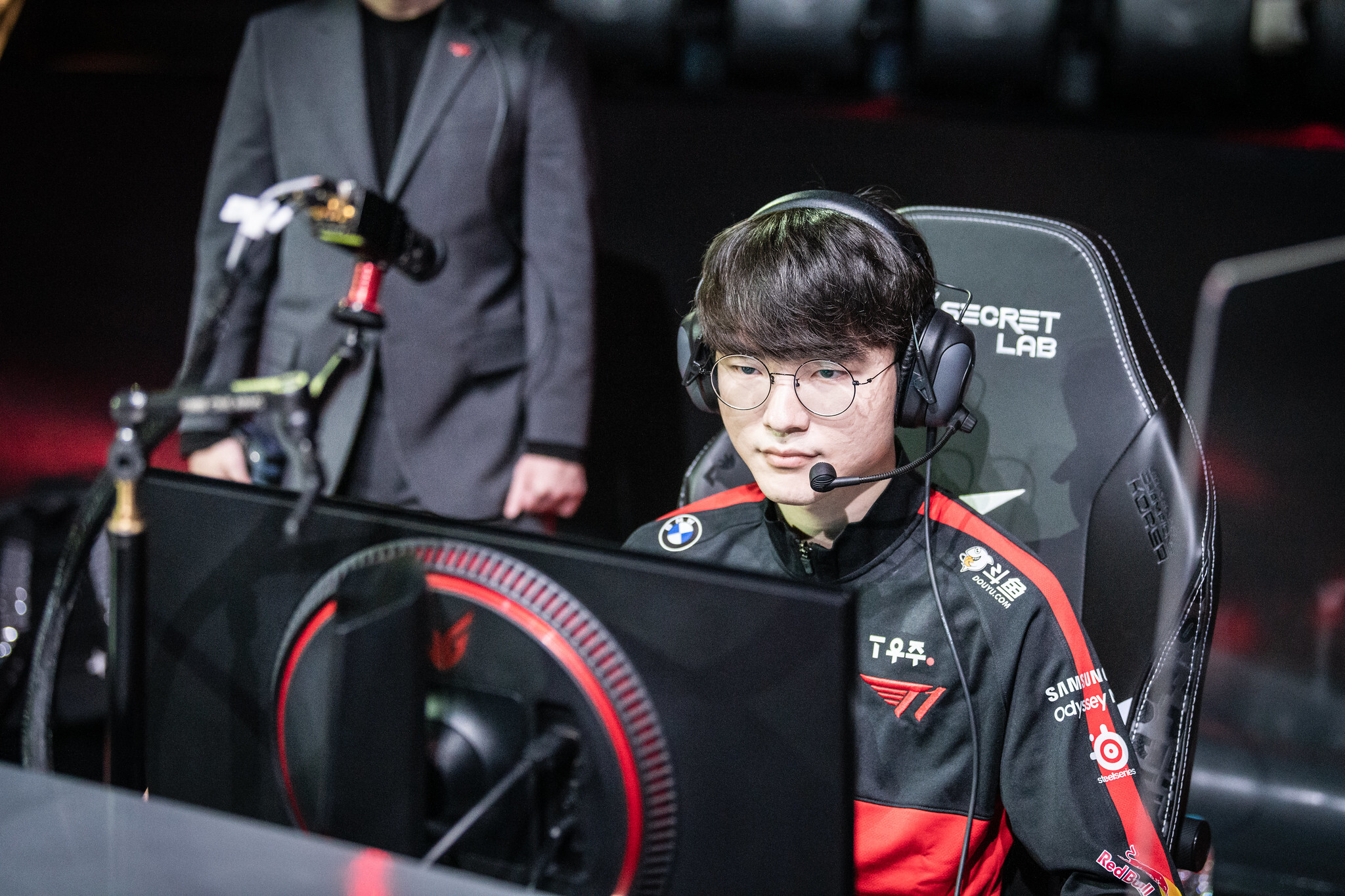 DWG KIA have been struggling to find their footing in the Korean tournament. They replaced Hoya with Burdol in the top lane searching for better results, but they are still not performing to the fans’ standards. On the flip side, their nemesis, T1, had a dream start to their 2022 campaign. The young roster under Faker’s leadership have yet to lose a series in the LCK Spring Split.

Fans expected today’s matches to be close with stacked rosters on both sides, and the three-match series didn’t disappoint. The first match was a 55-minute back-and-forth affair in which both teams looked on equal footing and seized every opportunity that came their way.

DK started strong by securing kills in the bot lane, but T1 bounced back when Faker’s Ryze got a kill onto ShowMaker. T1 beautifully demonstrated their macros and took down towers to exert pressure. DK, however, shifted the match’s tempo after winning a Baron fight.

T1 didn’t back down, and with Jayce’s massive poke damage, they won a teamfight to delay the Soul for the enemy. They also secured the Baron to push the waves and set up the Soul Dragon teamfight. Though Burdol secured the Infernal Soul for DK, T1 mitigated the pressure by getting picks on their opponents. DK got the Elder Dragon and broke into the enemy’s base, but T1 held firm, and they didn’t let DK finish the match just then. T1 didn’t resist DK’s final assault, though, with Canyon securing the dragon and DK melting T1 to finish the first match on a high note.

T1 needed to show up in the second match to make it a series, and they did dominantly. Faker secured the first blood on ShowMaker after an outstanding performance from Oner and Keria, who set the gank onto the enemy mid laner. T1 were dictating the match’s pace and getting all the objectives. Oner secured the Rift Herald to break into the enemy base at 17 minutes and make a significant gold difference between both teams. T1 secured the Baron buff, and Zeus’ Gwen obliterated the DK players to push their lead further.

T1 pushed through the lanes and secured some inhibitors, taking the grip of the match from DK and nullifying every comeback attempt they made. With the Cloud Soul and another Baron up their sleeve, T1 marched through the mid lane and ended game two in sheer domination. Gumayusi finished the match with a KDA of 9/0/5 with his Aphelios, but the rest of T1 also had brilliant performances.

The last match of the series began with a surprising early invade from Canyon, catching Oner off-guard and securing a kill on the jungler. He also smited Oner’s Red Buff, getting them an early lead in the match, which grew after ShowMaker’s Renekton took down Faker’s LeBlanc.

Despite T1’s assaults and two kills after roaming the bot lane, DK secured the first Baron and used the pressure they’d built to siege the T1 base. They went too deep, however, and T1 punished their aggression with a flank.

In the next Baron fight, T1 killed Canyon’s Gwen, giving them free access to the objective. T1 cleaned the rest of the opponents and marched through the bot lane. DK’s last attempt to turn the match failed, andT1 reigned supreme in the game to reverse sweep the opponents.

After this dominating victory, T1 remain the only team in the tournament that has yet to lose a series. The LCK Spring Split 2022 week four resumes on Feb. 9, 2022, with T1 taking on Hanwha Life Esports.