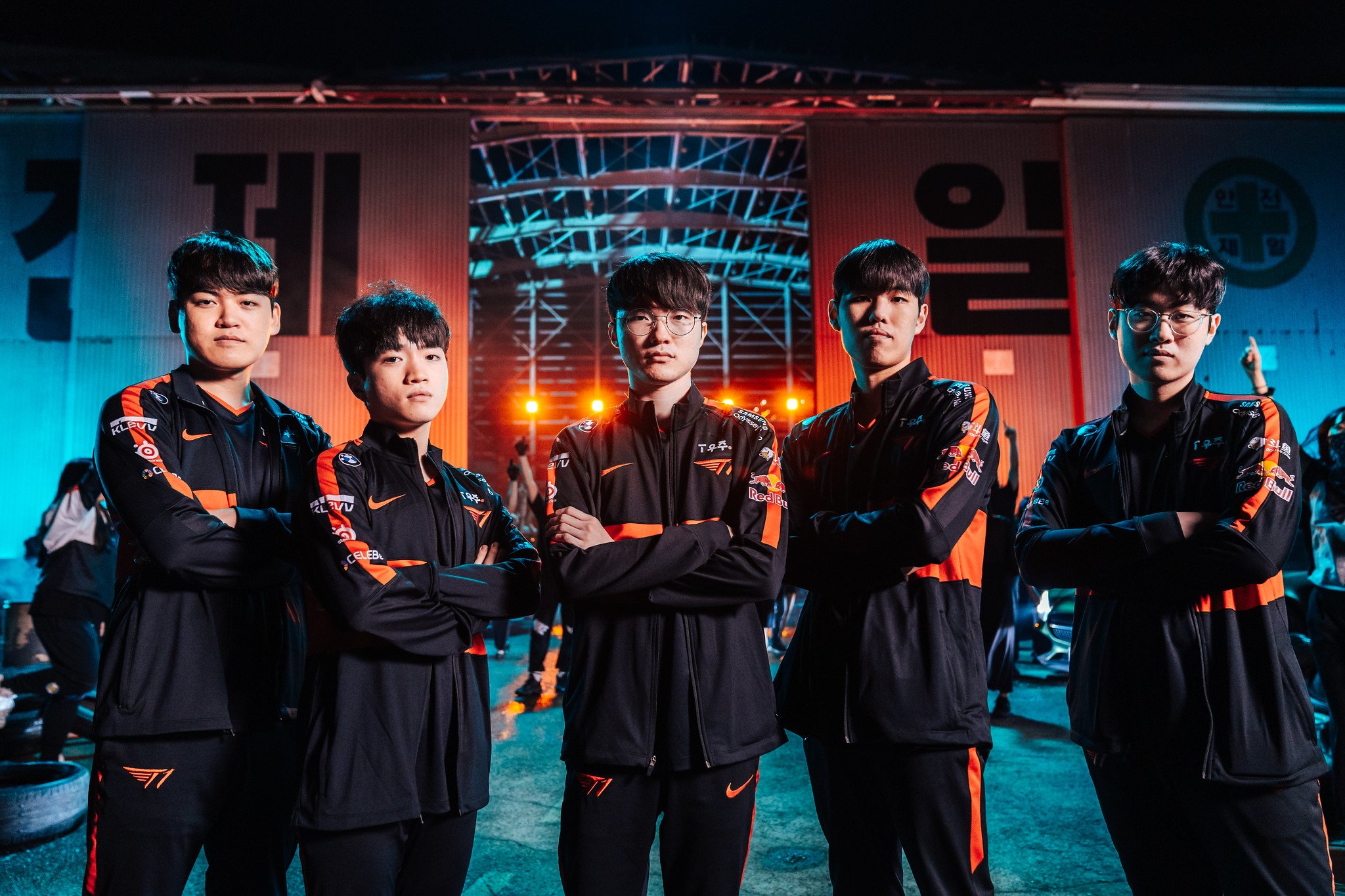 After dropping their first regular season match of the 2022 season earlier this week, T1 returned to the LCK stage today for a quick 2-0 series win over DRX.

T1 and DRX came into today’s League of Legends match tied for second place in the LCK, with each of them sitting one match behind Gen.G in the standings. This week marked the first time all year that T1 did not have at least a share of first place in the LCK. As for DRX, this match served as the beginning of a “prove-it” run on their schedule. Their next two matches following today’s bout with T1 don’t get much easier since DWG KIA and Gen.G await DRX next week.

T1 quickly broke the league’s tie near the top of the standings today by firmly dispatching DRX across two convincing games. After winning a back-and-forth game one by way of a post-30-minute comeback, T1 ran away from DRX in game two, not even allowing the contest to reach the 30-minute mark to begin with. A five-for-one teamfight in favor of T1 at the 28-minute mark ultimately sealed the fate of DRX, who lost the game just over 60 seconds later. DRX only earned two kills across the entirety of the series’ second game.

T1 jungler Oner showed up in a major way for his squad today, posting a final combined scoreline of 10/1/16 over the span of the series’ two games. Oner played Lee Sin and Viego in today’s series, his two most-played champions of the season, according to League stats site Gol.gg.

With this win, T1 have claimed sole possession of second place in the LCK for the time being. Their next game will come exactly a week from today when they square off against Gen.G on July 8. Before facing T1 next week, Gen.G will have to get through apparent kingslayers in Kwangdong Freecs, who ended T1’s perfect domestic record earlier this week, tomorrow.