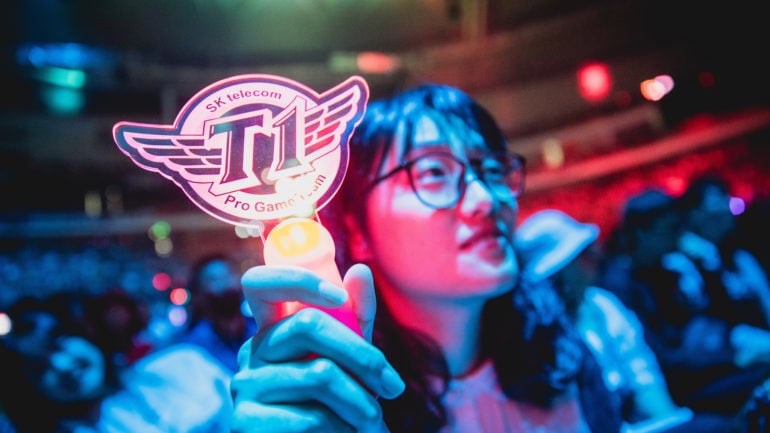 T1 got their revenge against Afreeca Freecs today in the LCK regional qualifier for the region’s last spot in the 2020 League of Legends World Championship. T1 won the series with a convincing 3-1 score, debuting substitute ADC Lee “Gumayusi” Min-hyeong while also bringing Faker and Choi “Ellim” El-lim back into the starting roster.

This T1 lineup was hinted at yesterday by Wadid following AFS’ clean 3-0 win against KT Rolster in the first round of the LCK regional qualifier.

The series began with a statement game from T1. They built a composition around Gumayusi on Caitlyn and allowed him to take over the game. He finished his debut game with a 9/0/8 scoreline, overshadowing his opponent, Mystic, who’s one of the best ADCs in the LCK.

T1 were dominant and AFS stood no chance. In the last teamfight, T1 looked much better compared to their usual performance, with everyone being on point with their abilities and moves.

Following that devastating loss in the first game, AFS brought their veteran jungler Spirit back into the starting roster, a move that saw immediate success. AFS had an impressive performance to equalize the series in 48 minutes.

T1 came back into the third game stronger, banning away the crucial Lucian pick that destroyed them in the second game. Ellim took over on Lilia, securing early leads everywhere on the map, especially on the bottom side to snowball Gumayusi. The 30-minute win gave T1 the momentum they needed going into the fourth game.

The fourth game was much more slow-paced compared to the first three. Both teams were playing safely, understanding that one small mistake could potentially end their season. T1’s veteran experience with Faker at the helm allowed them to keep their composure and get good picks on the AFS players. Following a decisive teamfight in the mid lane where Canna popped off, T1 finished the game and the series.

This was the first series in the organization’s history where the team consisted of five players who made their debuts on T1 instead of other teams, according to Korizon reporter Kevin Kim.

T1 will face Gen.G tomorrow in the regional finals for Korea’s last spot at this year’s World Championship. Both teams have less than 24 hours to prepare for each other. You can tune in at 3am CT to see who will come out on top and which roster T1 will bring into the next matchup.