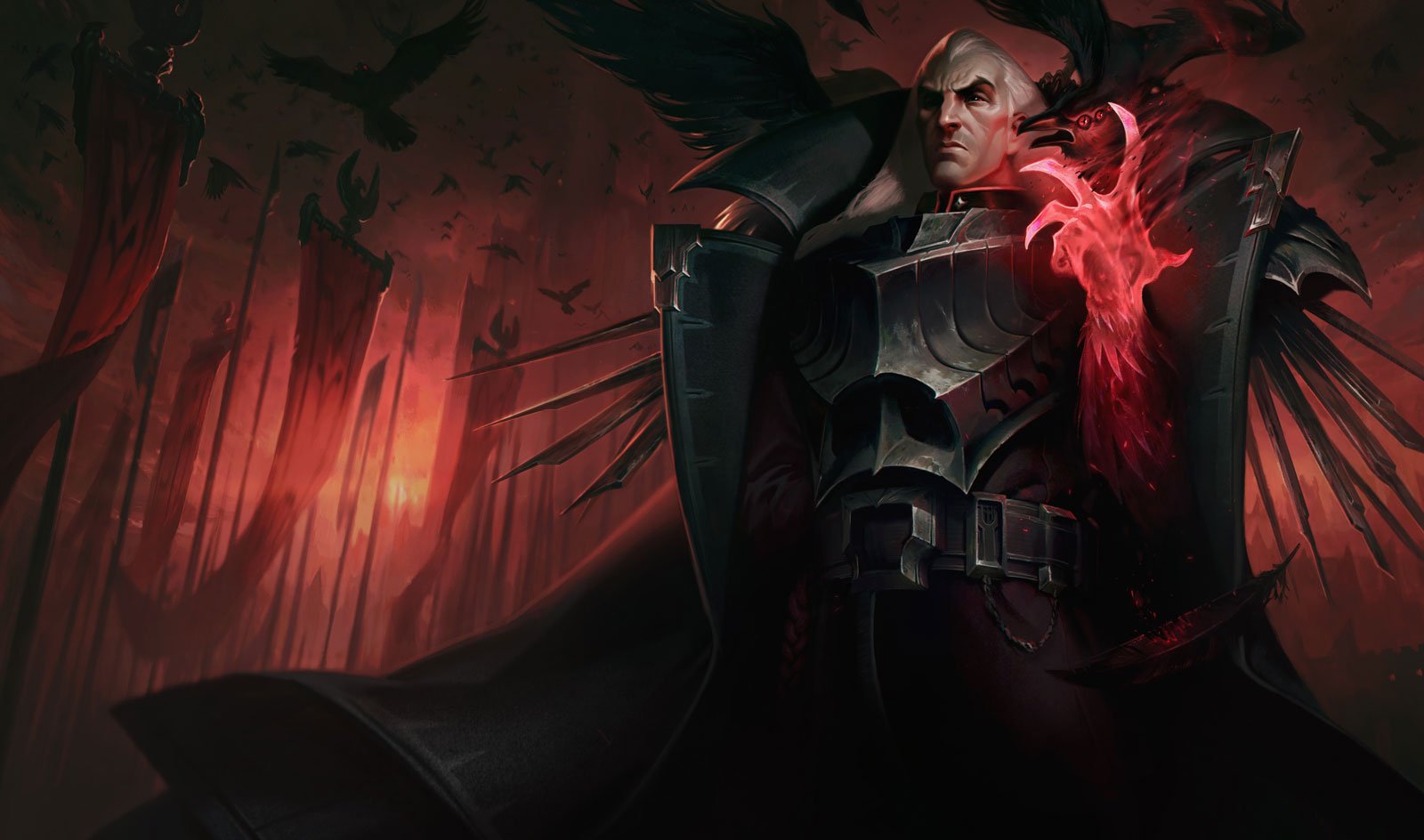 With the varying needs of amateur and professional players it can’t be easy for Riot Games to balance League’s champions. For the most part, it does a good job. But on the professional stage, there’s not doubt that two champions are currently running the show: Swain and Galio.

Those two champs have over 50 percent presence in-game—meaning they’re picked or banned in over 50 percent of games—with win rates over 60 percent, according to data from League stats site Games of Legends.

Why are they so strong? We took a look at those two and the rest of the pro meta to find out.

When Riot Games pulled back the curtain on their Swain rework earlier this year, we were taken aback by how badass he looked. The problem was, he wasn’t badass at all. Terrible performance is never good for a reworked champion, especially one with new skins and visuals. So Riot reacted the way it always does—buff after buff after buff. Nobody is going to pay for all those cosmetics if the champion is garbage.

The problem was, Riot went totally overboard. Swain’s 8.5 buffs gave him a lot more damage in lane and also boosted his ultimate. Afterwards, his solo queue performance shot through the roof. And the professionals noticed. Swain has been totally busted in pro play recently, and has completely dominated the pro meta at two separate positions.

Swain’s kit is pretty strong right now, but on the professional stage, his ultimate is a total game changer. Multiple times last Saturday, Vitality tried to fight while Fnatic mid laner Rasmus “Caps” Winther had Swain ult available. That was not a good idea. When there’s a giant circle surrounding a terrifying bird dude, you probably want to run away.

Galio’s ult isn’t as annoying but his ability to cross map and clear waves remains unparalleled. He’s been broken since last year and making him an AP-based champion instead of a pure tank has not changed things. Swain nerfs are on the way, but with most playoffs around the world playing on patch 8.5 still, expect these two champions to be heavily banned in the upcoming stages.

Who is flying under the radar?

One champion that lies just under the arbitrary presence and win rate requirements we set is Cassiopeia. She’s always a good mid-lane mage counter, and the changes to Tear of the Goddess are great on her.

The most recent innovation for Cassiopeia is in the top lane. SKT top laner Park “Thal” Kwon-hyuk played Cassiopeia twice in a do-or-die playoff series against KSV last week. He not only shined on the champion, he did it against Lee “CuVee” Seong-jin, KSV’s best player.

Another champ that’s just under the radar is Trundle, though his secret may be out after last weekend. Jungle Trundle with Press the Attack as his keystone rune and building Zeke’s Convergence as his second item is very popular right now. And when a team gets both Trundle AND Swain? Good luck.

By himself, Trundle is great against tanks, has a smooth scaling curve, and can ruin an ADC’s day with a well-placed pillar. And speaking of ADCs, they have been on top of the meta for some time with no signs of stopping.

At the start of the year, there was a real problem with games lasting forever. Games average 40 minutes in the NA LCS and LCK, with EU not far behind. But changes to things like Stopwatch and Baron buff have helped things in recent weeks: average game times are down almost uniformly with each patch.

But that hasn’t diminished the role of the ADC, who is traditionally known as a late-game carry. We still see a lot of scaling ADCs, but teams are increasingly figuring out how to accelerate the ADC out of the lane phase for early objectives. Varus is still strong for his one-item Rageblade powerspike—remember 8.5 is before the Rageblade changes—but Caitlyn and Jhin are coming into the meta too.

Jhin is an interesting case of someone who can be powerful both early and late. Pros are now building Essence Reaver and other crit items on him, even though he doesn’t get as much from attack speed boosts as other champions.

Normally, a fast meta decreases the importance of the ADCs, but not when the ADCs themselves are driving things. If anything, reliance on the ADC has grown as we’ve seen ADC-dominant teams like SKT, Liquid, and Fnatic excel in the current meta, while others like Echo Fox, Vitality, KSV, and Clutch Gaming have fallen behind.