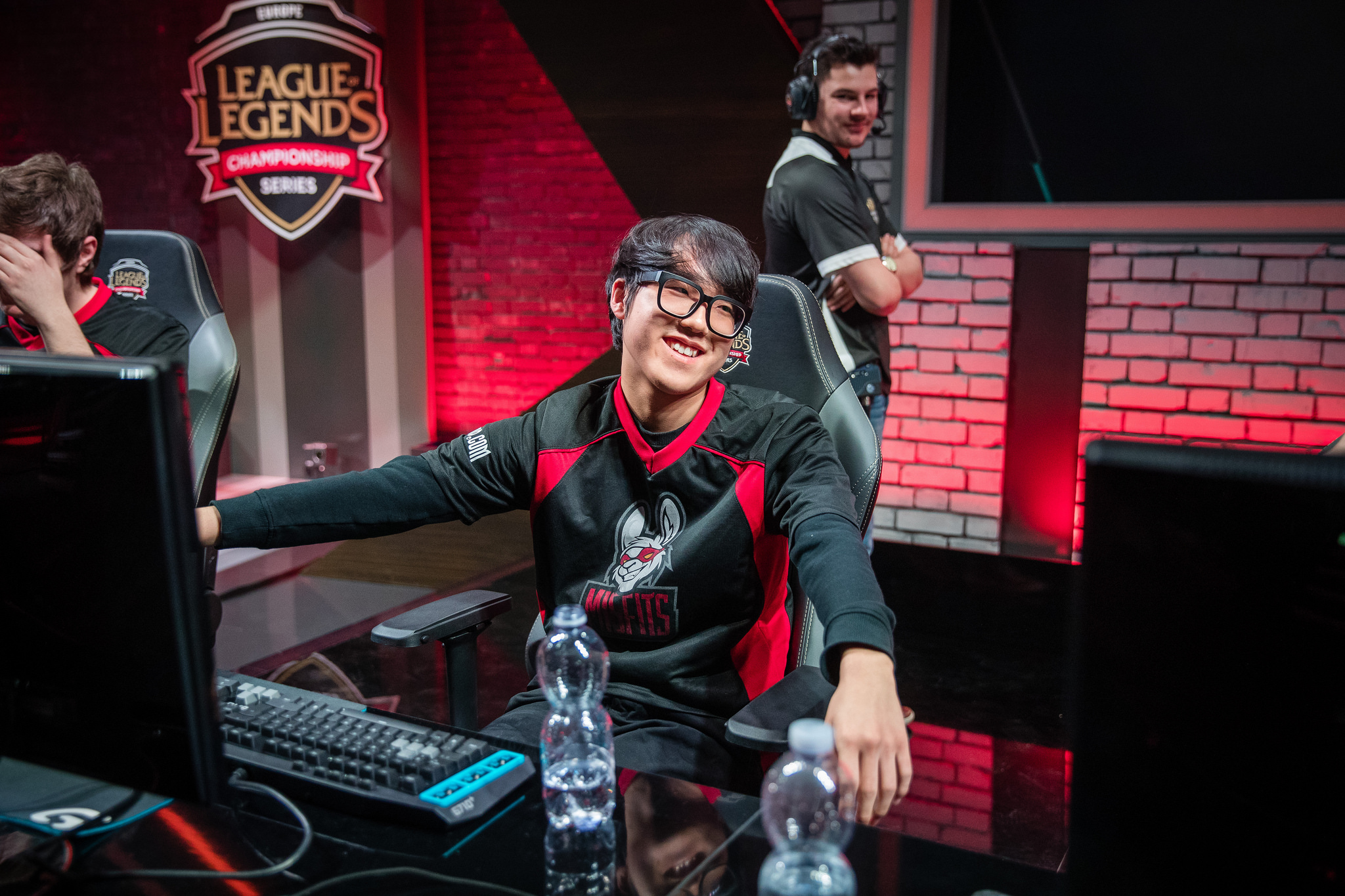 While the relegation tournament is calling for two teams in the EU LCS, two others look to the playoffs. In the first match of the day, Origen attempted to bounce back from a rough first half of the split by bringing Enrique “xPeke” Cedeno Martinez back into the mix against Misfits. In the second match, another bottom dweller in Team ROCCAT tried to turn its split around against Unicorns of Love.

In a surprising turn of events, Enrique “xPeke” Cedeno Martinez, Owner and former mid laner of Origen, stepped in to try and turn his team’s fortunes around against the shining Misfits. With his team off to a 0-6 start, xPeke took over Aleksi “Hiiva” Kaikkonen’s support role in an attempt to save his organization.

The new-look Origen looked impressive, but couldn’t hold up to Misfits’ might. In game one of the series, miscommunication caused problems for an Origen side that tried to capitalize on opportunities in the early game. With these missed chances, Misfits were quick to punish the Origen jungle by taking nine buffs overall throughout the entire game to Origen’s two. Add a small amount of xPeke being caught out in areas he really shouldn’t have been in, much like his AD carry antics last split, and Misfits easily took the first game.

The second game of the series showed an Origen side with a lot more promise, able to stay in the game until the very end and cause problems for Misfits. Misfits were truly tested, but they were still able to capitalize on objectives and force plays. Origen’s poor warding and face-checking of bushes showed that they were far too aggressive in the later stages, and Misfits capitalized on every Origen mistake, taking the series 2-0.

After a disappointing trip to IEM Katowice and loss to Misfits on Thursday, Unicorns of Love were looking to turn things around against a winless Team ROCCAT.

Unicorns dominated for most of the first game, picking up a quick kill on the Camille support, which is becoming more and more popular lately, within the opening minutes and following that quickly with a first tower. Roccat showed no real signs of strength throughout the game, unable to contest objectives as Unicorns took three dragons, two Barons, and even the Rift Herald for good measure by the end of the game. Cool and collected work saw Unicorns win the game after the 30-minute mark in commanding fashion, with Roccat only really contesting during the first Baron attempt from Unicorns. Roccat were able to kill off four Unicorns, but lost three members of their own. Unicorns had control from start to finish, and took game one with ease.

Game two was a different affair, with Roccat able to match Unicorns’ trades in the early stages of the game and take a slight gold advantage in the early game. However, any plans Roccat had of trying to tie the series were easily muted after a three-man collapse on Roccat gifted Unicorns three kills. If game one was an easy win, then game two was a complete rout. Unicorns only allowed Roccat to get a single objective, and finished with a 14,000 gold lead within 25 minutes.

What was your favorite moment of the night? Let us know by tweeting us @GAMURScom.