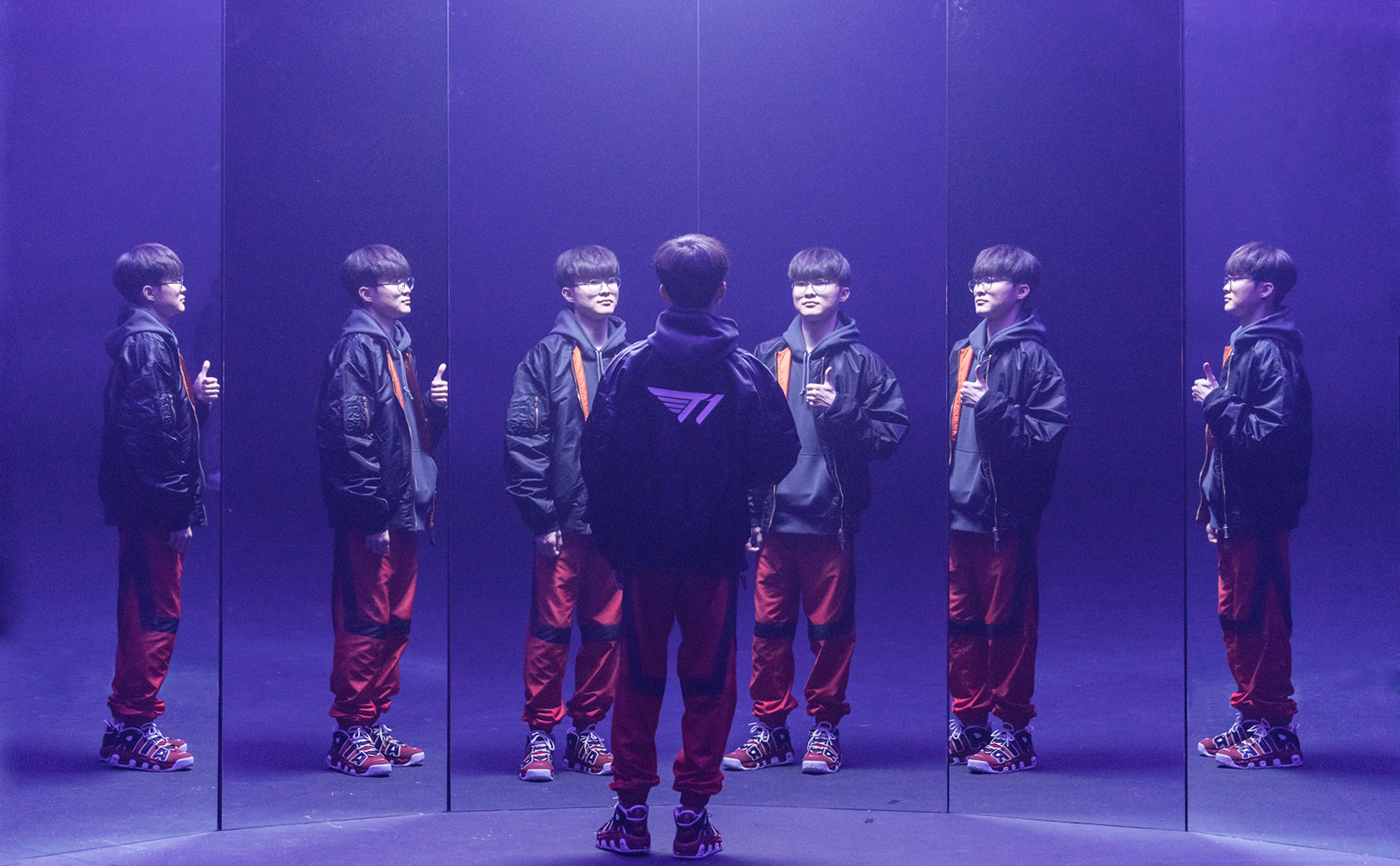 Throughout the past 10 years, there have been many stars who have come and gone in the League of Legends competitive scene. Players have become beloved parts of the game’s history, but only a few people can say they’ve transcended past being simply a name in the annals of the biggest esport in the world.

If you’re a person who has dabbled into enough professional video games, you’ve at least heard of the name Faker. You might not know which team he plays for or even the game he competes in, but you’ve probably heard his name mentioned somewhere—and for good reason. He is, indisputably, the greatest of all-time. And as the face of the biggest esport in the world, he has garnered that level of recognition from many adjacent scenes in this growing industry.

It’s hard to imagine the game without Faker, but the 25-year-old is wrapping up the eighth year of his career as a star. He is the most decorated player in League history, with three World Championships, two MSI trophies, and eight LCK championships under his belt, as well as the longest continuous tenure of any player with a single organization.

An icon like Faker should also have his storybook ending, like how Michael Jordan finished his time with the Chicago Bulls with another NBA Championship in 1998, or when Kobe Bryant retired from basketball with a legendary 60-point performance at Staples Center. But the cards seem stacked against T1 at this year’s Worlds, so how could they hope to take home the championship?

In search for stability

Throughout 2021, T1 struggled to find one definitive roster to work with. From the start of the year, coaches Yang “Daeny” Dae-in and Lee “Zefa” Jae-min began their explorative work by trying out multiple different iterations of the team, including ones where Faker wasn’t even on Summoner’s Rift.

From young prospects to experienced veterans, T1 had a multitude of choices available, but the lack of stability made for some unpredictable results. Without the ability to lock down a definitive unit, the perennial champions struggled to maintain consistent success. They found themselves on the losing side against multiple lower-tier teams like Fredit Brion and Afreeca Freecs, and they weren’t able to string together significant series winning streaks in either season.

After finishing both the spring and summer in fourth place, however, the cards finally fell onto the five players who would be the main squad heading into the Summer Playoffs and beyond.

Keeping this stability makes it much more easier to plan out strategies—both from the coaches and the players’ perspectives—since they won’t need to block out a whole plethora of strategies for the different rosters that could be fielded. Instead, they can now focus on the details and start to hone in on specific matchups and opponents, rather than having to deal with their own internal situations.

There is a clear weakness on this T1 roster, and it’s with that young, inexperienced top side. Both top laner Canna and jungler Oner have just begun their League esports journeys; the former joined the team in 2019 as a trainee and the latter joined last year through T1’s Academy program.

They’ve never faced off against international competition before. This will be a true test of strength and perseverance for these Worlds newcomers and should prove to be a daunting challenge for the rest of the squad and its coaching staff to work through as they take on some of the most dangerous players in those roles.

Because of this, T1’s trio of experienced stars will need to hold down the fort and lead the team to victory. Teddy and Keria have proven to be one of the best bottom lane duos in the world. The former has won three LCK championships, with an appearance at MSI and Worlds in 2019, while the latter has also gone to Worlds, attended two KeSPA Cups, and was an LCK Summer Finalist in 2020.

Keria was also the second-best warding support during the 2021 LCK Summer Split, as well as holding the third-highest KDA in his role, according to Oracle’s Elixir. These two should be able to stand their ground against the premier duos of the world and should be an exciting pair to watch, but the true spotlight still remains on the Unkillable Demon King.

Ponder the question: “What if?”

If T1 don’t end up winning the whole tournament, Faker probably won’t retire from the game due to his competitive nature. But if there was a storybook ending to be written, he would need to hold the pen with all his might to etch his name into stone one final time.

He might not be the untouchable mechanical deity he once was, but his skill is still well above the threshold when it comes to mid lane expectations. The bigger impact he will have is his stone-cold nerves under the pressures of international play, and his leadership skills over this relatively young roster. They will inevitably look towards their fearless trailblazer, perhaps in search of strength and solidarity, and he will need to be as steadfast as possible for them.

It’s been five years since we’ve seen Faker win Worlds, and that seems to have been enough time for people to move on from the indomitable T1 empire and its years of dominance. Fans and analysts alike have already started to discuss which team will build the next great dynasty, and which player will take the mantle as League‘s next G.O.A.T.

But the greatest to ever play is still here, and he is still starving for his fourth World Championship. In a time where he and T1 have been considered afterthoughts to names like DWG KIA, FunPlus Phoenix, and EDward Gaming, lifting the Summoner’s Cup one final time above his head could be the perfect sendoff and would probably become the most memorable Worlds in history. It would simply make sense for Faker to pull off a historic ending as a final goodbye to the place and game he called home.

Catch all the action when T1 step on the Worlds stage Oct. 11.