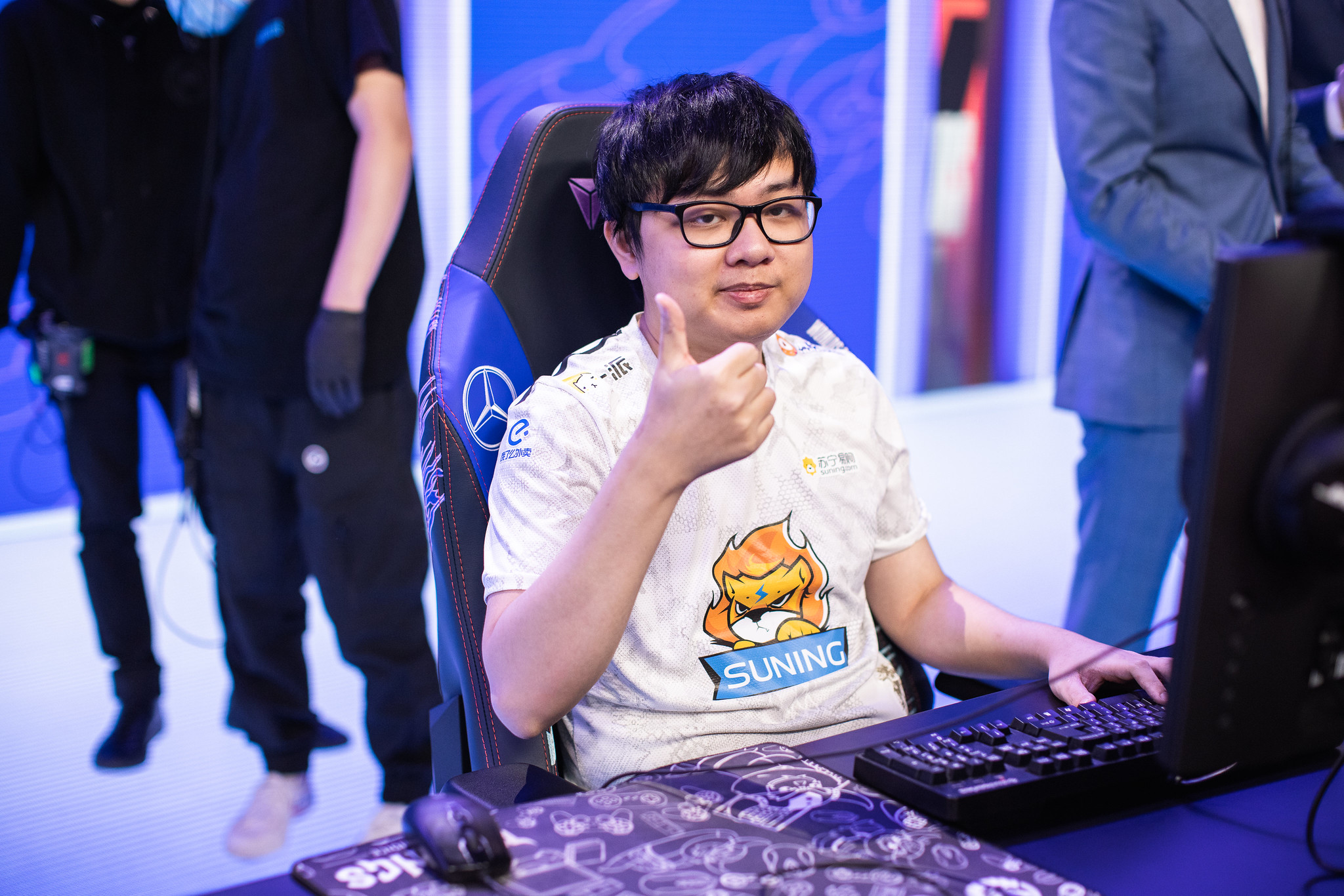 After four back-and-forth battles, China’s Suning Gaming overcame all expectations and took down their own region’s second seed, JD Gaming, today at the 2020 League of Legends World Championship.

Suning came into this matchup having shown plenty of promise in the group stage. They finished with a 4-2 record with close losses to Team Liquid and G2 Esports. Even though they have a few players who are new to the Worlds stage, they showed a level of poise that put the global League scene on notice.

Suning’s flashy, aggressive style has impressed numerous fans, but many people still expected JDG to win this matchup, especially after they took a game off of Korea’s first seed, DAMWON Gaming.

Today’s series ended up becoming a classic LPL slugfest with each team jumping into multiple skirmishes as soon as possible. Suning and JD traded blows throughout each of their matches, but in games two to four, it felt like JDG began to make a lot of unforced errors in their play.

Whether it was overextending without vision or pushing too hard on a lost teamfight, Suning were able to punish their opponents whenever they made a bad decision.

Suning also got huge performances from key players on their roster. Nineteen-year-old AD carry Huanfeng, for example, had some big games on Jhin, pulling out game-deciding ultimates and playing out teamfights with smart positioning. Their top side also made some big plays that helped them snowball their lead into the later stages of the game.

Suning will now wait to play the winner of Top Esports’ series against Europe’s second seed, Fnatic. If TES take down their opponents on Saturday, Oct. 17, then Suning will have a chance to get their revenge for their elimination from the 2020 LPL Summer Playoffs.