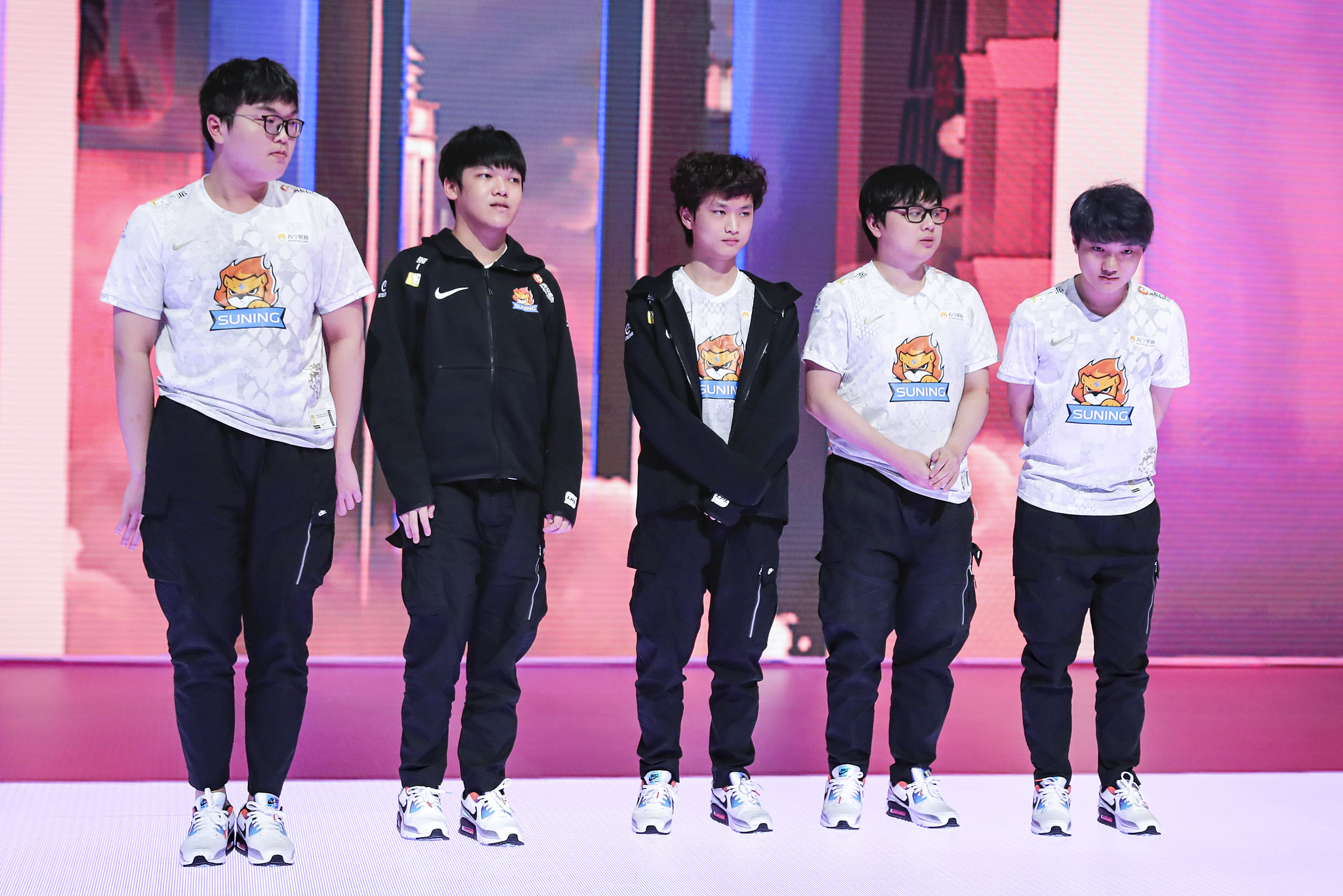 “Thank you, Jinjiao and ADD, for your dedication and contribution to this spring. We wish you all the best in your future career paths,” Suning revealed last night on Weibo.

Substitute toplaner ADD didn’t play with Suning for long, because he had joined the team only last March. Unfortunately, he didn’t get the chance of stepping onto the LPL stage during his time with Suning.

It was a similar situation for Jinjiao. Despite joining the roster before the start of the 2021 LPL Spring Split, he didn’t compete in this season. He competed in the Demacia Cup for one series, however, although it resulted in a loss to Vici Gaming. The bot laner had a strong performance during the 2020 season with Bilibili Gaming, earning several MVP titles with the team. For the summer, however, Aiming was appointed to the main roster instead and Jinjiao didn’t have the chance to compete during the split.

Both players didn’t get to show much onstage over the last seasons, and it’s unclear where they’ll be picked up ahead of the LPL Summer Split.

After ending the 2020 World Championship as vice-champion, Suning barely qualified for the Spring Playoffs by ending the split in seventh place, and then lost to Top Esports in the third round. Since only four LPL teams will be able to grab a spot for the next Worlds, Suning will have their work cut out in order to climb higher in the upcoming Summer Split’s rankings.