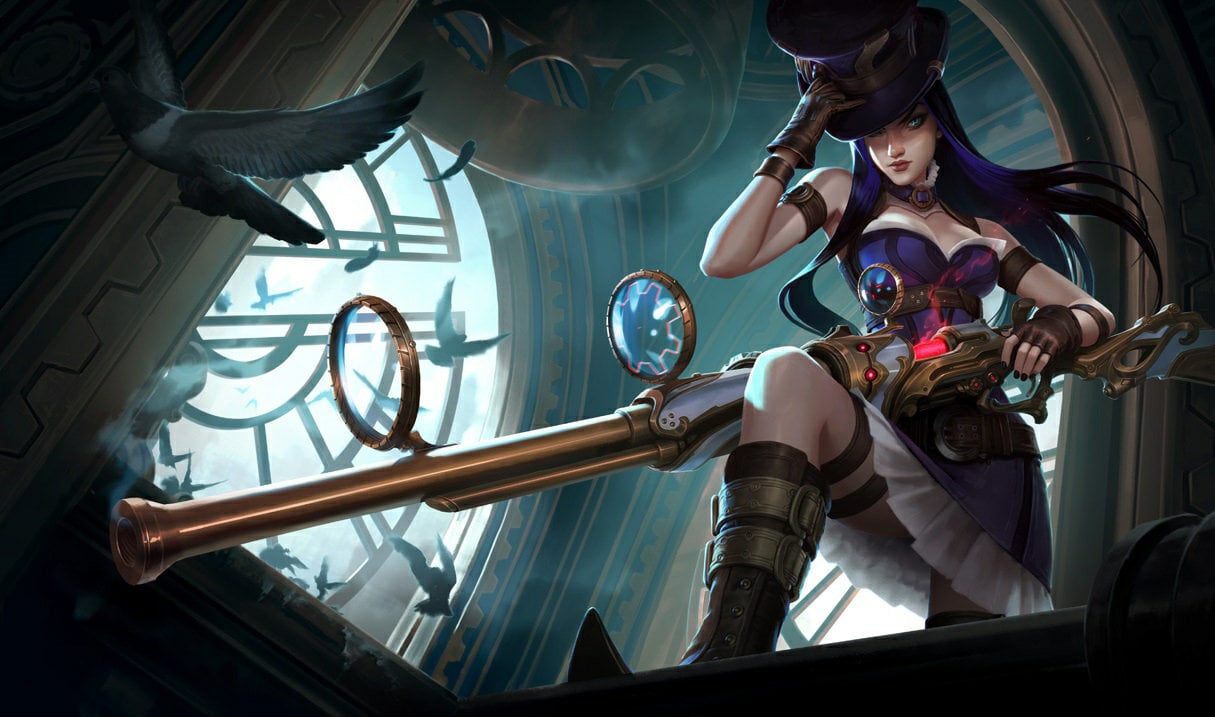 We’ve all heard about how champion hitboxes change when standing in League of Legends’ river, but what about hitboxes changing when using a stationary ability?

In a clip posted to Reddit, a player encountered a strange hitbox change while playing as Caitlyn in a bot game. Prior to destroying the enemy Nexus, the player stood at the border of the enemy team’s fountain and attempted to use their ultimate on the opposing Nasus. Interestingly, since Caitlyn’s model steps forward when using her ultimate, the fountain began to target her despite the ability being used outside of the fountain’s range.

The Caitlyn player started the clip by showing that their Q does not have this same interaction, since instead of stepping forward Caitlyn steps back. They did not attempt to see if using this ability towards the Nexus while at the max range of the fountain also triggered the fountain’s laser. A user in the comments tested if this ultimate/fountain interaction also occurred with her Q and confirmed that it did not.

While this interaction theoretically makes sense, other champions that have their models move while remaining stationary do not take damage in this manner. But for many of these champions, these movements are part of recalls and emotes, which are different than the use of a regular ability.

When compared to something like Galio’s E, which physically moves him back at the start of the ability and changes his hitbox, this interaction between Caitlyn, her ultimate, and the enemy fountain seems like an oversight. This might not be the nerf that Caitlyn needs, but knowing this unique interaction exists makes her all the more special.