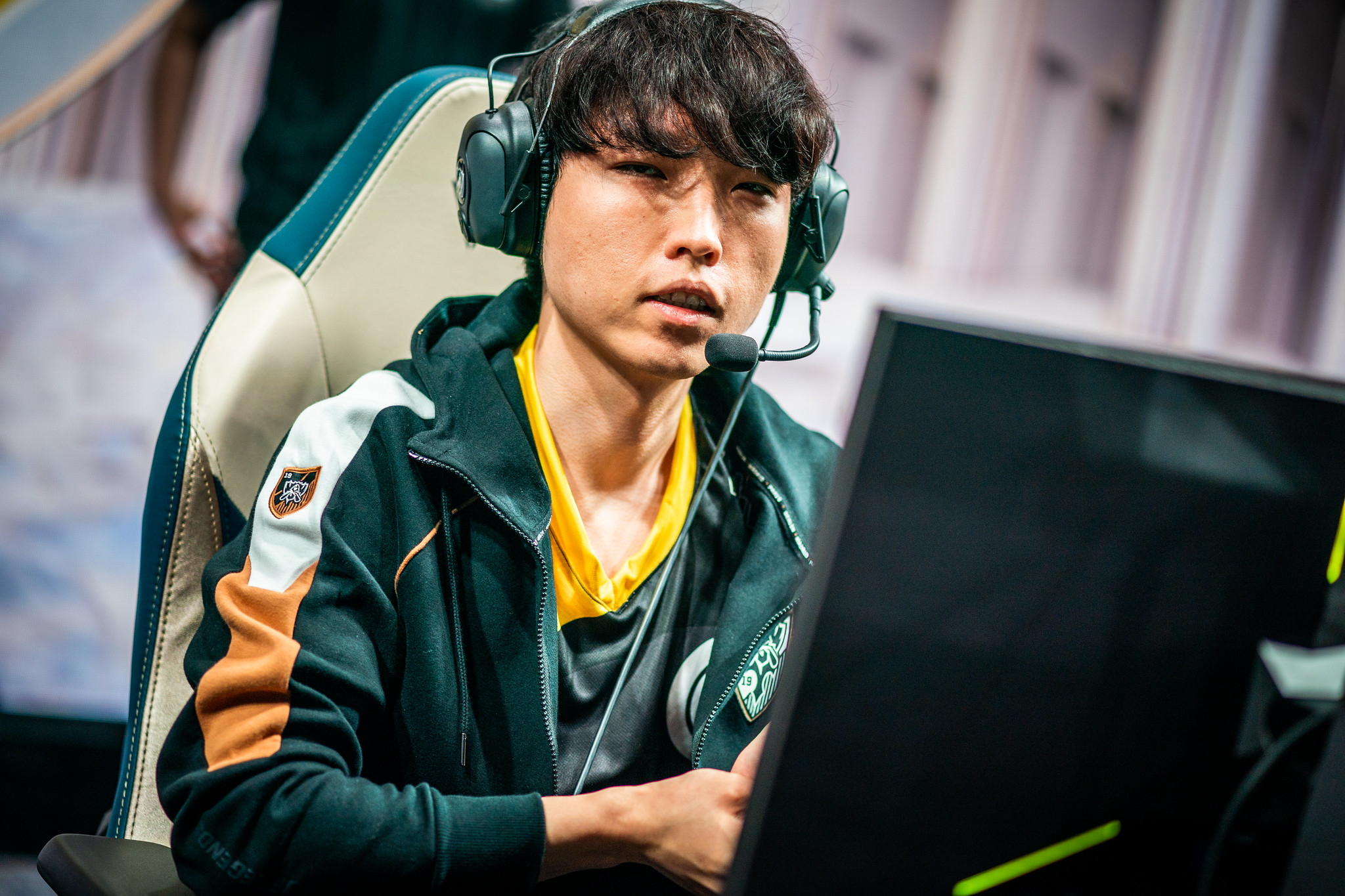 Clutch Gaming did not get off to a good start at the 2019 League of Legends World Championship. The team lost the first match of the tournament to Unicorns of Love. They desperately needed a win vs. Australia’s Mammoth just to remain relevant in the play-in stage.

The team looked locked and loaded vs. Mammoth, playing off of jungler Nam “Lira” Tae-yoo beautifully and racing out to a huge lead. After cracking their opponent’s base and chunking out Mammoth jungler Leo “Babip” Romer, they headed toward what should have been a free Baron.

All they had to do was take down the objective, push through the rest of Mammoth’s base, and re-establish their bona fides as one of the strongest teams int he play-ins. Then disaster struck. In one of the most bizarre sequences you’ll ever see at Worlds, Clutch had Baron stolen by a rogue Kai’Sa W.

That has to qualify as one of the worst Baron attempts ever. A breakdown of the film shows just how bad it was.

How we got here

The weird thing about Clutch is they have one of the strongest Baron control numbers of any team from the LCS region. On average, they take 65 percent of available Barons, better even than league winners Team Liquid.

They should have had the dream setup against Mammoth. Both teams abandoned the side lanes in favor of posturing around mid in a dangerous game of chicken. But because Clutch had a substantial gold lead, Mammoth were forced to blink first. It seemed like they’d have to fall back to their inhibitor line and look to somehow reset the map.

Then Babip made a big mistake. He saw LirA pushing ahead of his team and made a fateful decision to go in on the enemy Elise with his Nocturne ultimate. The problem? LirA had already built Zhonya’s Hourglass, making any attempts at a burst execution a huge mistake.

Clutch turned on the Nocturne as a team and almost bursted him down. Even with Karma shields coming in, Babip was forced to recall. Clutch ultimately didn’t see him fully back, but given how low they got him, they made the correct decision to race toward the Baron pit.

Before we get into whatever happened with the end of the Baron, we have to note a few things about the situation Clutch were walking into. They had near-perfect vision in the Mammoth blue-side jungle. They also had super minions storming down mid lane. That means that any Mammoth player that wanted to contest Baron would be seen long before he got into the area.

So even though they didn’t see Babip back, they could infer with a high degree of certainty that he wasn’t in the area. And because he had just used ult, he couldn’t zoom into the pit unexpectedly.

The other thing about Clutch’s setup is they had access to both Orianna and Tristana ultimates, having burned neither in the skirmish. Both spells can be used to lock down or expel enemies from the pit, making their Baron attempt even safer. And Mammoth didn’t have any long-range snipe abilities like Ezreal R or Varus Q to even contest with.

“What the hell was that?”

None of what happened after that makes sense. So many things had to go wrong for Clutch and right for Mammoth, and that’s exactly what happened. In the immediate aftermath of the steal, social media lit upon LirA’s extremely poor smite attempt. A lot of people focused on how Baron was left with just one hp when the Mammoth steal came in. But that’s not exactly what happened.

The debacle actually started when Baron was just over 1,400 hp when Clutch inexplicably started kiting away from the pit. Again: they had two separate disengage abilities and smite on their side. What are they running from?

Then, for reasons unknown, LirA attempts to Q-execute-smite the Baron from 1,147 hp. And he wasn’t even close. After his smite, Baron still had 207 health. In fact, over the next couple tense seconds, Baron actually starts regenerating health because nobody from either team hits it! In fact ,Mammoth didn’t even really try to steal because they expected Clutch to secure it for free. The Kai’Sa W was thrown out almost as an afterthought.

The frustrating thing about this for Clutch fans is that, no matter how you slice it, this is a bad look. Mammoth should never have been in position to steal the Baron. Rakan should have been blocking the bottom side of the pit, the only direction Mammoth could have approached from. Tristana should have stayed in the pit to DPS the objective since she has a free escape with W. This wasn’t only a miss by LirA, it was a massive miscommunication by all five members of the team. In the hundreds of Baron attempts we’ve seen this year, both successful and unsuccessful ones, we haven’t seen anything remotely close to this.

The good news is that these issues are fixable. Two years ago, in response to similar play from LCS teams, we wrote a guide to taking Baron. And it’s almost better that LirA missed the smite, because now Clutch know that this is an area they need to work out—and fast.