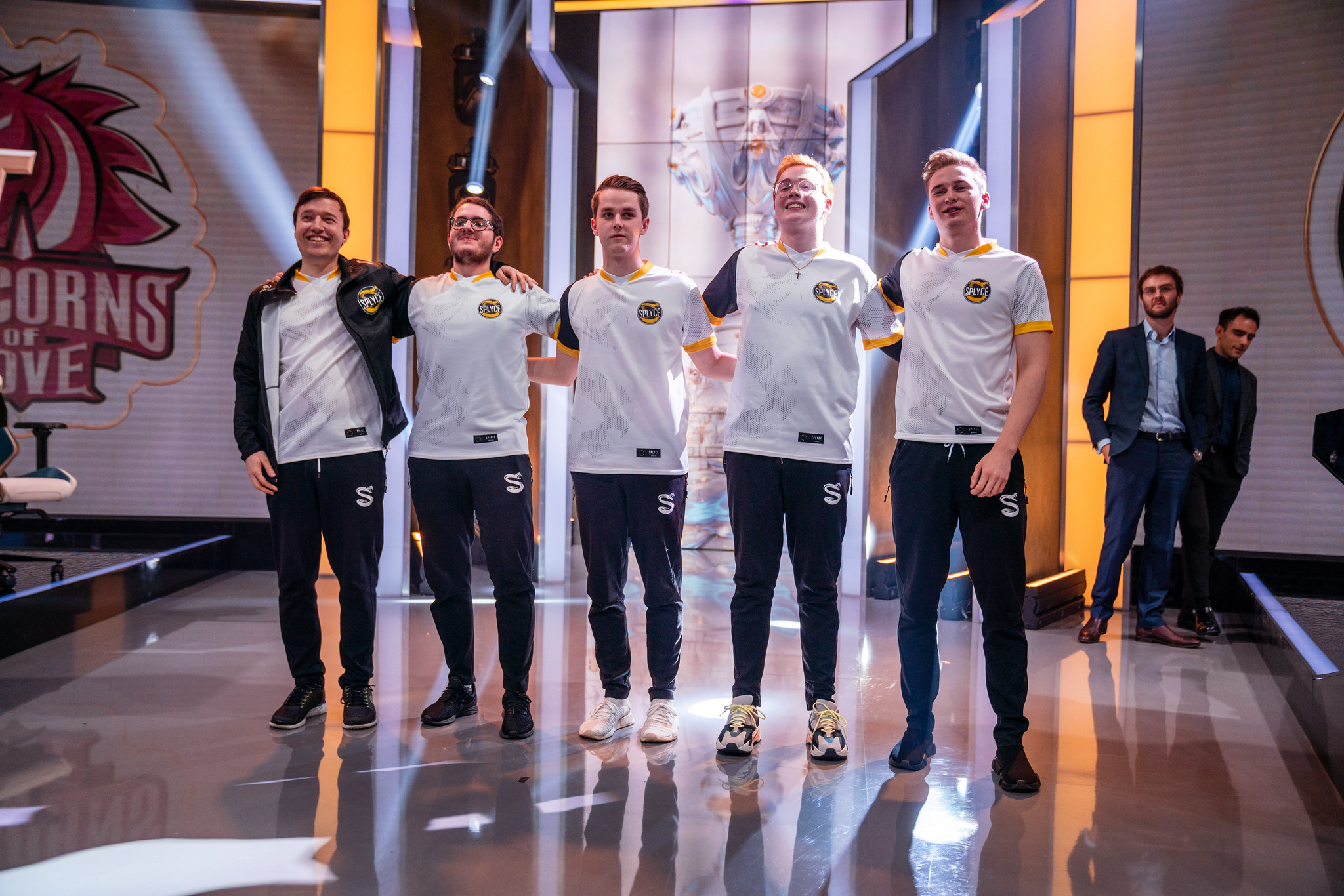 Today’s meeting between Splyce and Unicorns of Love in the Worlds 2019 play-in knockout stage was everything European League of Legends fans could have hoped for. We got five hyped games of Splyce and Unicorns fans yelling at each other, multiple thrilling moments, objective steals, and yes, “Silver Scrapes.”

It wasn’t always pretty. At multiple moments, it looked like both teams had their brains turned off. In other words, it was European League of Legends at its finest. But in the end, Splyce punched their ticket to the Worlds main event group stage with a 3-2 win over Unicorns.

Splyce started things off with what should have been a big game one win behind bot laner Kasper “Kobbe” Kobberup’s Jhin. But they were unable to crack the Unicorns base with a Baron buff, a weakness that would haunt them throughout the series. Unicorns eventually outscaled and won the game, putting League fans on upset alert.

The next few games devolved into a mess of bad drafts and poor execution. Splyce continued to reach for top lane tanks in their strategy to support Kobbe as their primary late-game damage source. Kobbe was just good enough to win them two more games, but then Unicorns came back in a messy game four. Despite getting a series of objectives stolen by Splyce jungler Andrei “Xerxe” Dragomir, Unicorns were able to finish the fight and send it to a decisive fifth game.

In the last game, another bad draft doomed Unicorns. They simply couldn’t handle Splyce mid laner Marek “Humanoid” Brázda’s Syndra. And in the late game, their teamfight execution just wasn’t up to par with Splyce’s.

With this win, Splyce advance to the main event at Worlds, where through a fortuitous stroke, they were seeded into Group B alongside FunPlux Phoenix, GIGABYTE Marines, and J Team. It’s a group that will be difficult, especially considering the flaws they exhibited throughout the play-in stage, but one they definitely have the potential to get out of.