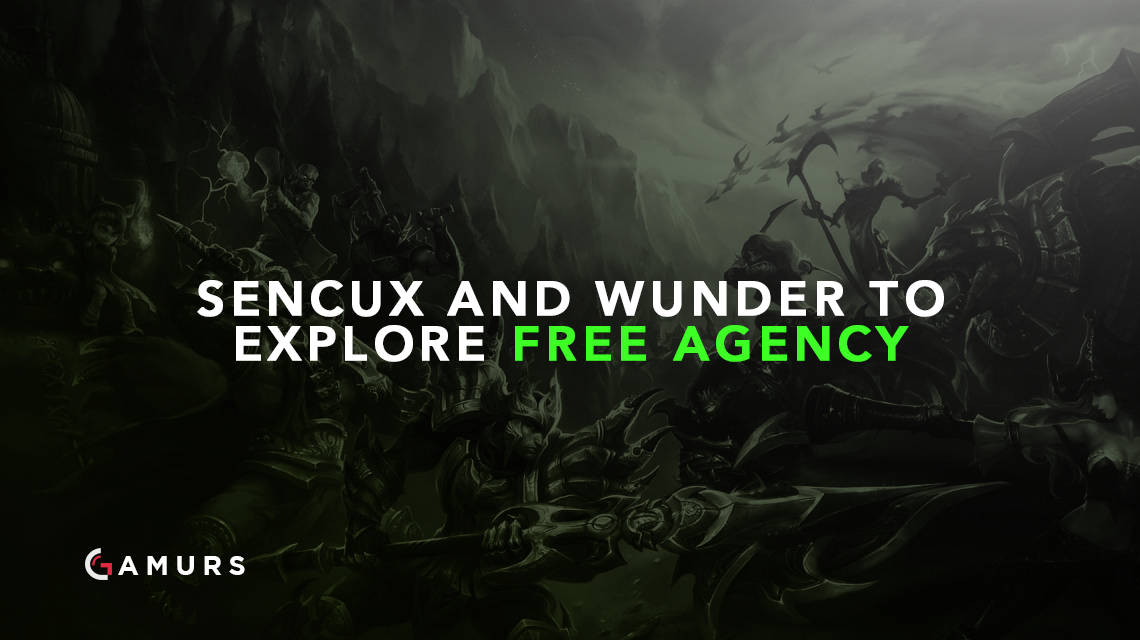 Martin “Wunder” Hansen and Chres “Sencux” Laursen have announced they are exploring other options as far as teams to play for next split. Both of the Danish players wanted to make it clear that these announcements, which is worth noting were made separately, do not rule out a possible return to Splyce next season, but rather that their current contracts are up and they are open to explore other options outside of the Danish team.

Currently free agent and I’m looking to explore my options. Preferred regions EU/NA (LCS). Can contact me on [email protected] or DM’s.

Splyce took home second in the round-robin regular season of the European League Championship Series and second place in the playoffs section of the region. Their strong showing there was not enough to get them a seed at Worlds, and the team had to earn one through the Europe Regional Finals, which they won. At Worlds, the team ended their season in a defacto last place, 13th-16th, after going just 1-5 in the group stage. Their only win was an upset over China’s Royal Never Give Up. Other than that, the Dans went 0-2 against both Team SoloMid and Samsung Galaxy.

It will be interesting to see where these two players land after all of the roster shuffles and possibly what other changes any moves may force down the line for other teams.

I am now a free agent and im open to preferably LCS offers from EU/NA. can contact me on [email protected]

Splyce’s AD Carry, Kasper “Kobbe” Kobberup, also had his contract expire three days ago on the Nov. 16, but there has been no word from him on his social media accounts or Splyce on whether or not he will seek other options or remain with the team.

Where do you think these two players will go? Do you think they will end up staying with Splyce? Let us know by commenting below or tweeting us @GAMURScom.