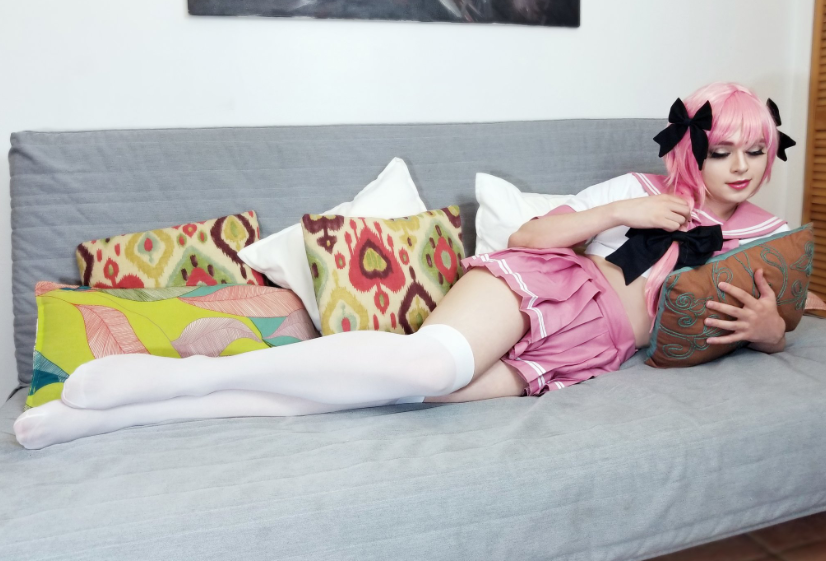 Cloud9 AD carry Zachary “Sneaky” Scuderi’s been busy since his team was knocked out of the League of Legends World Championship last week. For Halloween, he’s got a new cosplay: Astolfo from a cancelled Japanese game turned light novel called Fate/Apocrypha.

Sneaky said he delayed the cosplay pictures until after Worlds was over. More photos will be available on his Patreon page, where he posts all of his cosplays. They’ll be up on Patreon by the end of the day, Sneaky said on Twitter—and uncensored.

Related: Bang confirms that the duo cosplay with Sneaky is really happening

“Our Worlds run is over, so my off-season begins,” Sneaky wrote on Twitter last night. “I’m happy with how far we made it this year and hope to be able to go beyond next year at Worlds. Many streams and cosplays coming soon.”

Sneaky will follow up his most recent cosplay with a duo costume with SK Telecom T1’s bot lane carry Bae “Bang” Jun-sik. Both players were voted into the 2018 League All-Star event; the cosplay promise is a thanks to fans for the votes. Bang confirmed today that the cosplay will happen, though they haven’t said exactly what it’ll be. An earlier promise suggested it could be Xayah and Rakan—but we’ll have to wait and see.

Considering Sneaky’s previous cosplays, it’ll be worth waiting for.