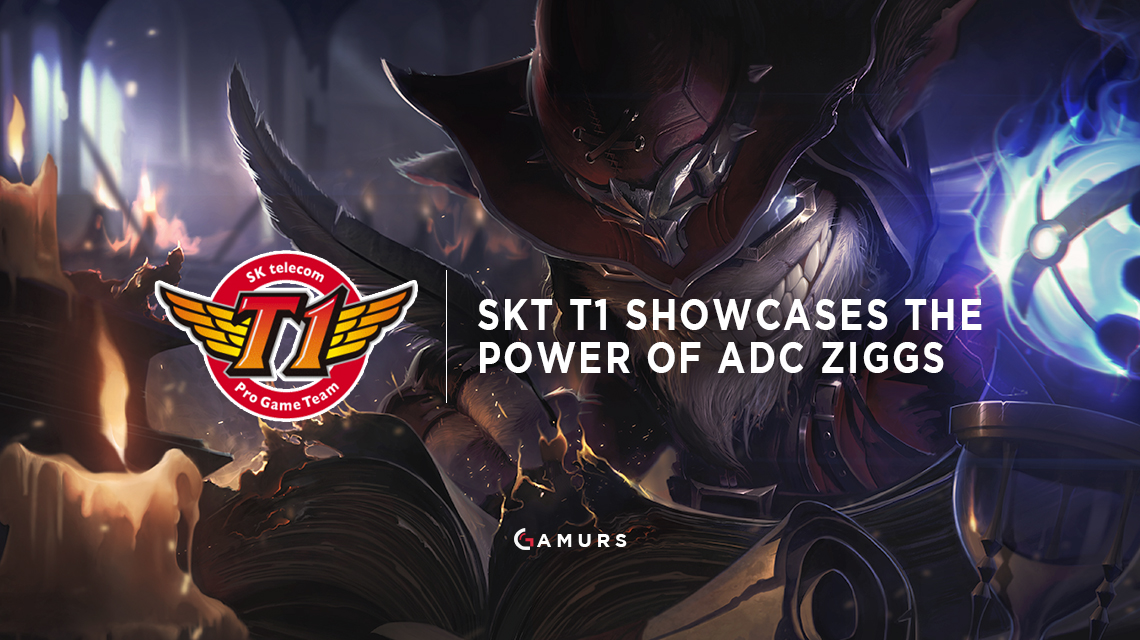 Well, it didn’t take long to see that the traditional ADC champions might not be the best bet for your bot lane. On the second day of action in the 2017 Spring Split of the LCK, SK Telecom T1 faced off against the Jin Air Green Wings. In the second game of this best-of-three series, Jin Air drafted Jhin in their second round of picks, while SKT and Bae “Bang” Jun-sik decided it was time to bring out Ziggs.

We first saw this fad from Danny “Shiphtur” Le, and it quickly caught on as tons of streamers followed in his footsteps. Some doubted his place in competitive play, but after seeing what Bang and SKT were able to do with him, I would look to see Ziggs played or banned more frequently in leagues across the globe.

Looking a little closer into the matchup, some might say, “well, it was SKT vs. Jin Air,” or, “it really didn’t matter who the SKT bot lane brought out there.” Other spectators or analysts might mention the fact that it was Ziggs and Zyra laning against a Jhin and Tahm Kench. What I will say is the lane and tower pressure Ziggs provides is something that you cannot overlook at this point.

Following this performance by SKT, many are now questioning whether Ziggs is that strong right now, or if he can dominate simply because the true ADC champions are just not strong enough. If anything, this could be an indication that professional ADCs are going to begin looking at off-meta champions to find the answer to this question.

What are your thoughts on ADC Ziggs? Let us know by commenting below or tweeting us @GAMURScom.