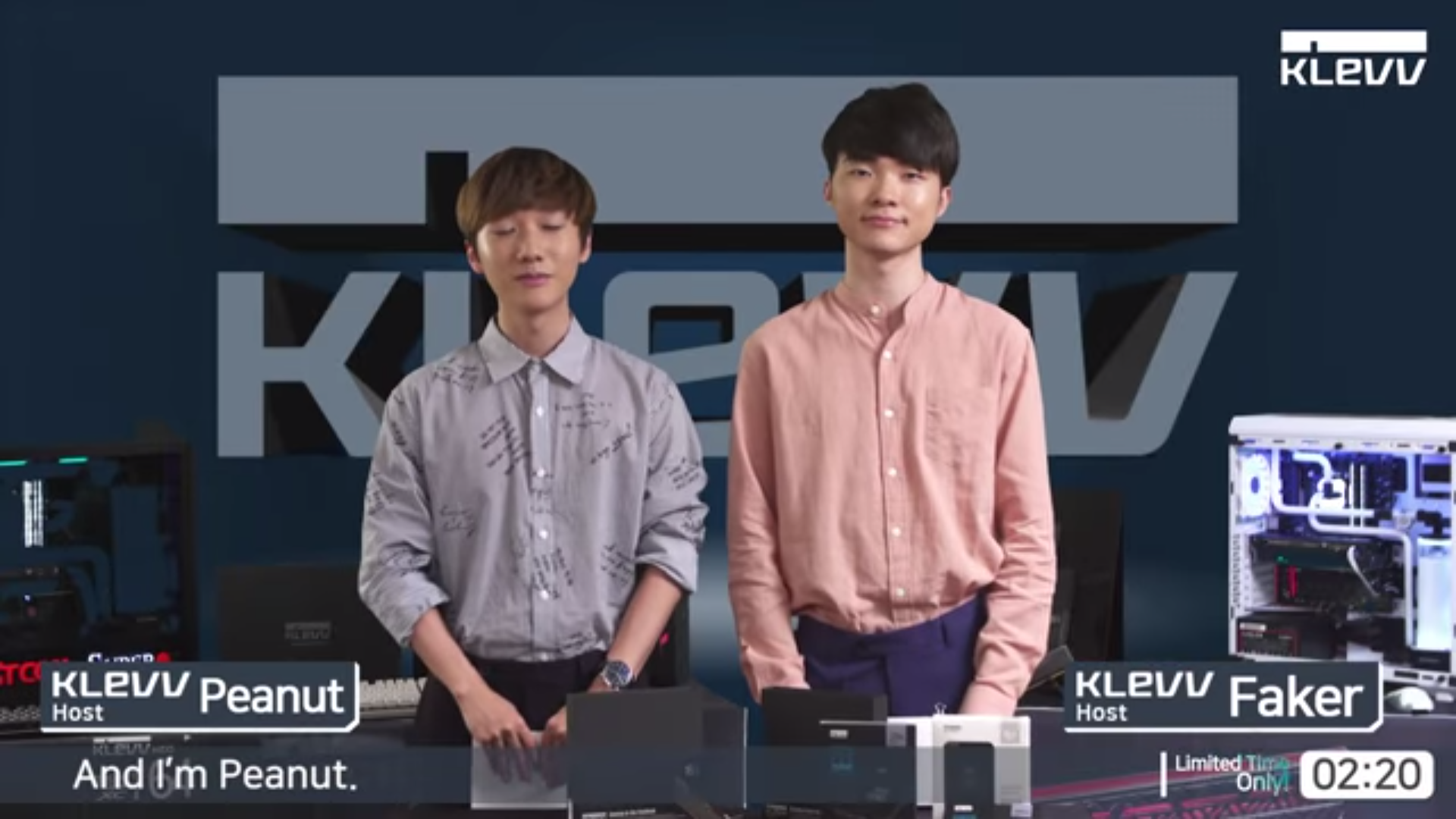 When you are asked to join one of the world’s biggest esports teams, you know what to expect. Countless hours of practice, high-pressure scenarios, and coping with thousands of adoring fans come with the job.

Becoming a Korean shopping channel host, however, is not what you would expect.

The members of SK Telecom T1 suited up to take part in a promotional video on SKT’s YouTube channel to show off some new computer parts, presumably as part of a sponsorship deal.

Mid laner Lee “Faker” Sang-hyeok and jungler Han “Peanut” Wang-ho hosted while other members of SKT joined in on the fun.

Just like in matches on the Rift, SKT brought in substitute jungler Kang “Blank” Sun-gu to cover for Peanut when the heat was on, to get the team through to the end.

SKT showed great synergy during their pitch, even with a few members falling into hysterics while reciting their lines.

Here’s hoping for another video soon.