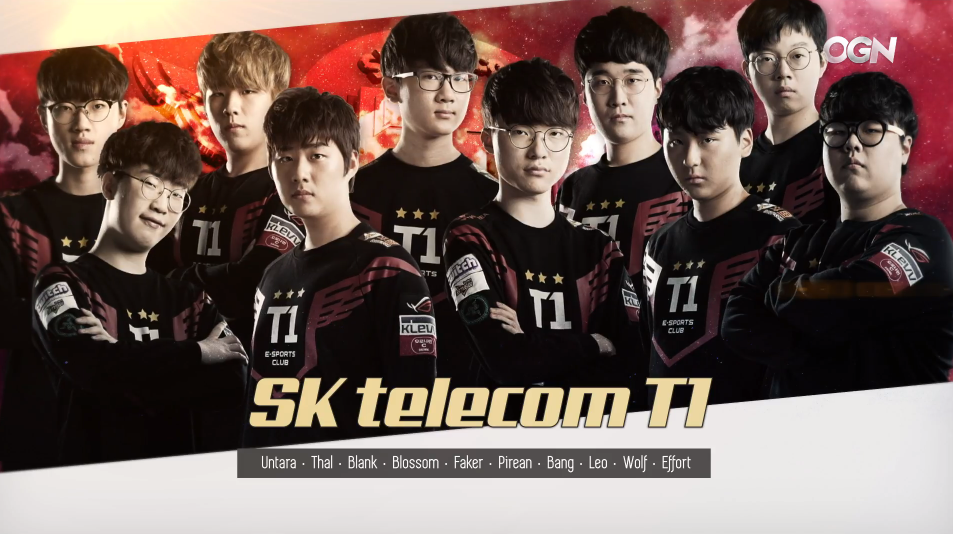 Over the past three years—but especially in 2018—SKT have shown their proclivity for substituting players. During the Spring Split SKT tested a myriad of different team formations with their substitute top laner, jungler, and support. At one point even legacy SKT support Lee “Wolf” Jae-wan was moved to the jungle position for a few matches.

Although SKT’s use of substitutes versus MVP was unsurprising, it doesn’t mean that the move wasn’t worrisome. In fact, the change was more than worrisome—it was extremely alarming, especially after MVP top laner Kang “ADD” Geon-mo insinuated that Faker hadn’t been taking part in recent scrimmages.

For the past 12 months Faker has held SKT up into the upper echelons of professional play. When his fellow laners or jungler would start to underperform greatly, Faker stepped up his own play to cover the gap. While at times this meant that Faker employed a much riskier playstyle in order to carry in a game which every year becomes more teamwork-centric, the mid laner took on the duty in order to seize victory.

Faker’s presence on the SKT roster as the team’s ace gave fans an air of comfort. A feeling that everything will be okay, something only the best player to ever compete in League of Legends could provide.

But that feeling was snatched away from fans in SKT’s loss to MVP. SKT’s final threads of consistency unravelled with the benching of both Faker and AD carry Bae “Bang” Jun-sik for the first time this year, leaving only a sense of desperation so strong it could only have originated from the legendary mid laner’s sudden absence.

“The question is what did we learn and what does it mean for [SKT’s] next game in a couple of days,” said LCK caster Christopher “PapaSmithy” Smith following MVP’s win over SKT. “The answer is not really that much”

This statement by PapaSmithy perfectly describes not only SKT’s roster choice against MVP, but almost all their substitutions throughout 2018. Beginning with SKT’s role swap of Wolf in their first match of 2018, the former world champions’ use of substitutes this year has produced barely any meaningful results. And it is this constant lack of results that has many fans and pundits writing off this iteration of SKT almost entirely.

“Unless they make changes to the roster, I don’t see them making a comeback,” League of Legends expert Nick “LS” Cesare told INVEN Global when asked if he thought SKT could make a resurgence in summer. A sentiment shared by most of the community, a major roster change or acquisition seems to be SKT’s only way to make a run back to the LCK’s top brass.

For a team who have been completely obstinate in seriously pursuing major acquisitions during the past two offseasons, SKT making a notable roster addition during the regular season would be out of character. Though even if SKT were to try and find a suitable replacement jungler tomorrow, for example, it would be quite difficult at this juncture since most players are already contracted to teams.

This leaves SKT in a precarious situation, player-wise. SKT’s top and jungle have repeatedly underperformed, and support has also become a detrimental area for the team throughout the year. SKT could pick up more rookies from the Korean amateur scene or solo queue, but there’s no guarantee that they will perform any better than the current batch of young players within their roster like Park “Blossom” Beom-chan or Lee “Effort” Sang-ho.

The other option SKT is left with is to just continue working with the pieces it has, and hopefully find a combination of players that click. But the Summer Split is already in its second week, and the time for experimentation has long since passed. SKT are on the clock to figure out their starting roster, lest they risk continuing their current losing streak. Having to face Griffin, KT Rolster, and KINGZONE DragonX over the next seven days, SKT’s match schedule is not in the least bit accommodating.

Between the resurgence of Gen.G, and the rise of teams like Griffin and Hanwha Life Esports, SKT may be facing their toughest fight for the LCK playoffs yet.