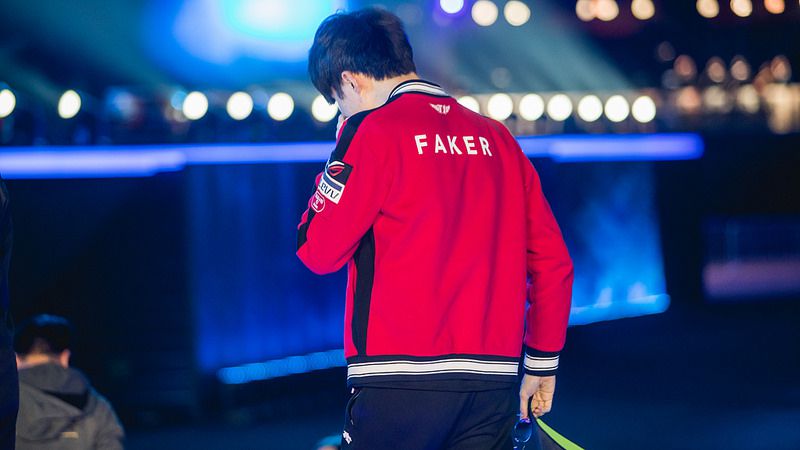 League of Legends is collapsing all around us. The Heimerdinger and Fiddlesticks bot lane is unstoppable in professional play, Aatrox is arguably the highest priority top laner in the game, and iconic legends are ending their careers.

Yet, more shocking than all that is the news that the best player in the world may not even be practicing with his team. That’s right, Lee “Faker” Sang-hyeok has apparently not been in scrims with SK Telecom T1, MVP top laner Kang “ADD” Geon-mo said in an interview with Inven Global following his team’s win over SKT today. Faker was also absent from the match against MVP, with Choi “Pirean” Jun-sik playing instead.

Everyone thought it was crazy that Cloud9 benched three of its star players in the name of a roster shakeup. SKT Telecom T1, the creators of one of the strongest dynasties in esports, decided to one-up their North American rivals by sitting out four world champions for the game today. In the span of a season SKT has gone from a Worlds finalist to at best a middle-of-the-pack team in the LCK.

SKT’s woes have long been documented. They were swept in the finals of the 2017 World Championships by Samsung Galaxy (now named Gen. G) and never seemed to recover. The legendary group struggled mightily in the spring, barely making the playoffs. There, they were defeated 3-1 by their longtime rivals KT Rolster and, for the first time, SKT failed to represent Korea at the Mid-Season Invitational.

The team started the summer by losing both matches in week one, and decided to sub out most of the squad for relatively unknown players like Pirean and Han “Leo” Gyeo-re.

Faker reached rank one on the Korean server mere weeks ago, and now he’s been subbed out for Pirean, a player who couldn’t even find much success in the North American LCS, a much weaker scene compared to Korea’s LCK. Pirean finished ninth place in the LCS with Team Impulse in 2016 and ended eighth the split after with Phoenix1. In the 2017 Spring Split, he remained a substitute for Phoenix1 but never played for the team, and during the summer he split time playing for Team EnVyUs and Phoenix1.

Yes, SKT had been struggling, but the decision to swap out its best player reeks of desperation.

Faker’s future is now thrown into uncertainty. He might simply be taking a break from competitive play or he may be done with SKT entirely. While common sense dictates his return to the starting lineup this season, if he really isn’t scrimming with SKT, we may see Faker on a new team for the first time in his career.