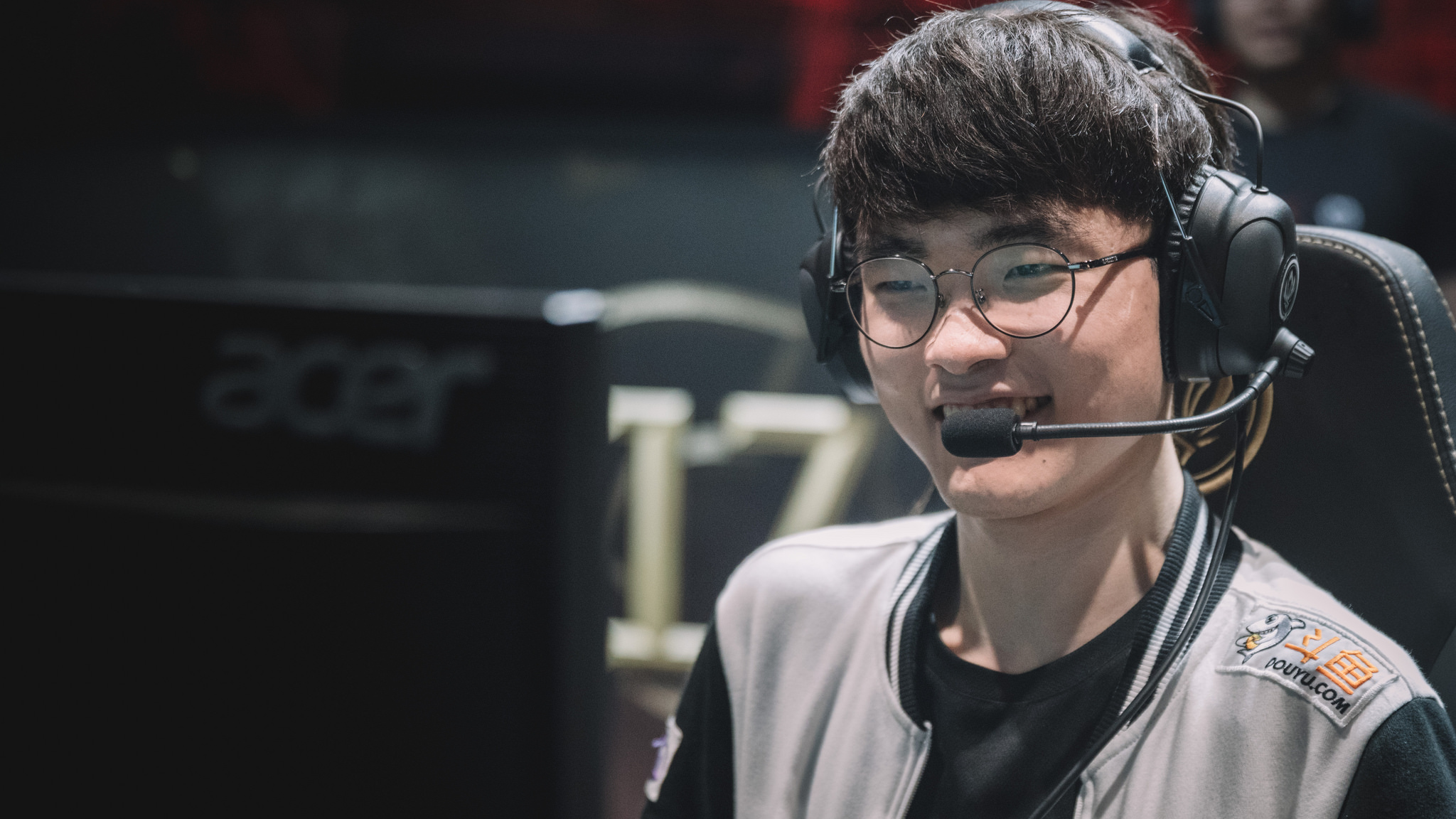 SK Telecom T1 took down Longzhu Gaming in one of the closest LCK matches of 2017 earlier today.

Unafraid to go toe to toe with the MSI champions, Longzhu started the series ready to fight.

Longzhu’s AD carry Kim “PraY” Jong-in had a field day in game one. Off the back of his monstrous Ashe Arrow accuracy, PraY not only found himself two early kills, but picks around the map for his teammates. Pray’s picks quickly amassed an early gold lead for Longzhu—and they were fully aware of it.

Pushing their advantage as much as they could, Longzhu used their lead to secure the Rift Herald and subsequently the first turret. Unable to punish Longzhu’s aggressive play, SKT slowly began to fall deeper into a gold deficit.

But as the match progressed into the mid game, one of SKT’s strongest points, the gap between these two teams started to shrink. Despite an early Baron take from Longzhu, SKT managed to defend their turrets, losing very little. And teamfights, which Longzhu dominated at first, were now barely being won by SKT.

SKT, starting to play more confidently, used these slight advantages to attempt the Baron themselves. But Longzhu, aware of SKT’s intentions and quickly collapsed around the Baron pit. Though SKT took the objective, it was at the cost of three lives. With five players alive to SKT’s two, Longzhu could easily end the game, earning themselves a game one win.

Longzhu were able to find a quick first blood, but the early game was rather scrappy, with later kills coming left and right for both teams. While Longzhu found kills through picks off of their Zed and Cassiopeia, SKT’s kills came from little skirmishes and teamfights.

Sadly the action came to a lull in the mid game. Both teams started to move around the map carefully, afraid to be picked off. Longzhu finally broke this lull when it tried to sneak a Baron at 30 minutes. But like SKT in the previous game, this Baron would be Longzhu’s demise. Unable to finish the Baron quickly enough, Longzhu were collapsed on, losing two players and the Baron.

SKT, now with the Baron rushed into Longzhu’s base through the bot lane, ending the game to tie up the series.

Seeing that an early game composition didn’t work, Longzhu decided to go all in on the late game for game three. Picking Fiora and Kassadin, Longzhu were prepared to take the game to 40 minutes.

Despite falling behind in the early game to SKT, Longzhu managed to stay in the game. And as the match headed past the 30 minute mark, Longzhu’s composition came online. Able to fight back against SKT for the first time, Longzhu looked to be back in the game.

Trading multiple Barons and Elder Drakes, neither team could end the game. Not because the players didn’t know how to, but because both teams would find a way to miraculously defend their base. Whether it be Lee “Faker” Sang-hyeok blocking Longzhu out of SKT’s base with Taliyah’s weaver wall, or Gwak “Bdd” Bo-seong and Kim “Khan” Dong-ha acing SKT by themselves, both teams figured out how to prolong the game

SKT ultimately found the win through a 53 minute Baron take. Longzhu tried to trade the buff for an inhibitor, but couldn’t retreat fast enough. By the time Longzhu destroyed the inhibitor, SKT had returned to base and were able to take out both Bdd and Moon “Cuzz” Woo-chan. With Faker stopping Khan’s recall, the rest of SKT could march up the mid lane to end the series.

Quickly returning to form, SKT look to reclaim the No. 1 spot in the LCK standings. SKT returns to the LCK stage on June. 10, when the MSI champions take on Ever8 Winners.