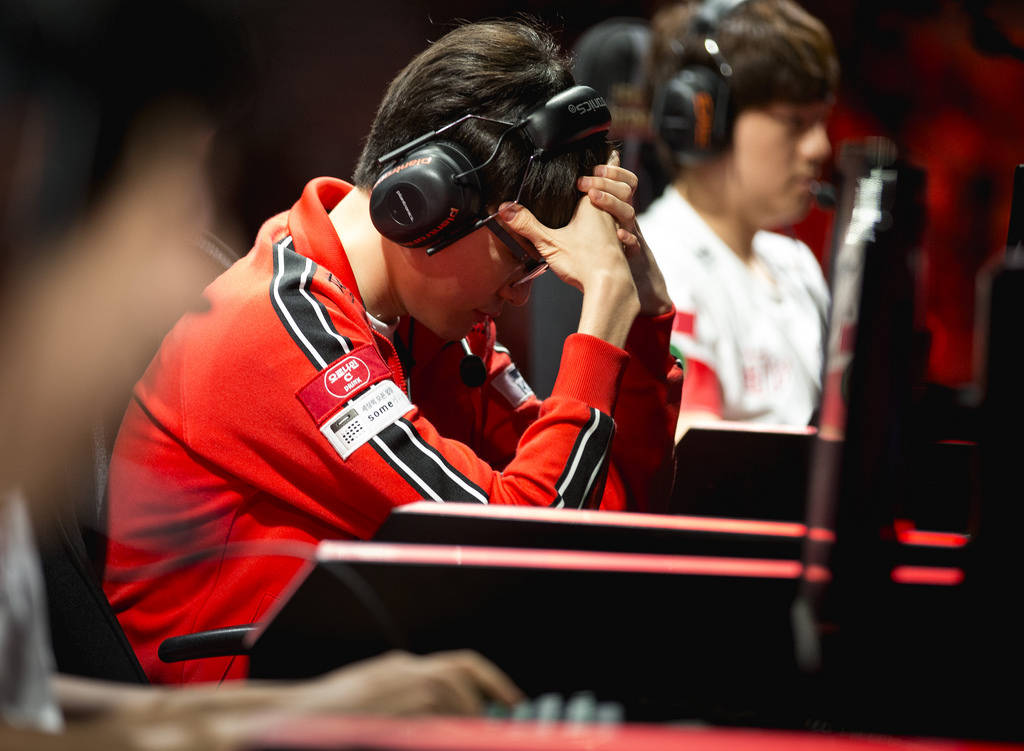 The defending world champions are on the ropes at the biggest international event of the year after losing four games in a row for just the second time in their history.

SK Telecom T1, winners of the most recent pro season of League of Legends in the world’s toughest region, Korea, opened the Midseason Invitational with two commanding victories, prompting fans and analysts to nearly hand them the trophy after other teams disappointed early.

Two days later, SKT’s tournament is in jeopardy. They’ve now lost four straight games on the international stage as the entire League of Legends world watches. On Thursday, China’s Royal Never Give Up showed that SKT can bleed, giving them their first loss of the tournament after a dominating opening day for the Koreans. Then Taiwan’s champs Flash Wolves put them on a losing streak.

If SKT returned to their winning ways, that would look like a momentary blip on the radar. A bad day. A quick slump for the world’s best team and best player, mid laner Lee “Faker” Sang-hyeok. But today, Counter Logic Gaming shocked the world by handing SKT their third loss in a row, and then Flash Wolves beat them for a second time in the day.

Only once before in Faker and SKT’s history (dating back to 2013) did the team lose four games in a row. The only other loss came during the 2014 Korean Regional, where future world champions Samsung Galaxy White swept SKT before NaJin White Shield took two more games off them to win 3-1, denying SKT the chance to defend their 2013 world championship title.

These losses sting more because they didn’t happen against Korean teams (and in 2014, one of those teams, Samsung, ended up taking the World Championship), but against teams from China, Taiwan, and North America. The losses, split over two days, point to more issues than just a momentary slump, a couple bad drafts. Or perhaps they point to a different conclusion—that the rest of the world is catching up to Korea.

NA has a shot at worlds if Korea plays like this…

When Counter Logic Gaming owner George “HotshotGG” Georgallidis sent that tweet out during the LCK finals, the world pounced on him for suggesting America could even be close. But so far at MSI, he looks strangely prescient. The standings, just after the midway point of the round robin:

The top four teams at MSI reach the playoffs, but it also has even bigger implications: those four teams will secure one of the top four seeds at the 2016 World Championships for their region. That means, if SKT’s slump continues, they’re in danger of not only ruining their own tournament and failing to win the one trophy that has eluded Faker and company, but also ruining Korea’s position at the biggest event of the year.

Of course, even after this slump, SKT still remain the tourney favorites. The team still has more experience than any other at MSI in best-of-five series, and once they reach the knockout stage you’d have to think SKT will have things well in hand. But four losses in a row show that they are mortal. They’re beatable. They even lost four games in a row, enough to blow a best-of-five series. Faker may be called the god of League of Legends, but he isn’t an all powerful deity.

Still, the past few days prove that this tournament is anyone’s to win. While Royal Never Give Up are in the driver’s seat at 6-0, they’ve looked very beatable in most of their games, eking out close wins against teams like Counter Logic Gaming instead of dominating the proceedings.

The Americans are on their heels, and in some ways their record is better—or worse—than it looks; they fell to the wild card team, meaning they easily could have posted a 5-1 mark during the first half of the event. Taiwan’s Flash Wolves may be the team to watch in the second half of the group. While they lost to CLG and RNG in the first half, they’re the only team who has beaten SKT twice, and those wins will likely give them tons of confidence heading into bouts against the other foes.

The two 1-5 teams, G2 eSports and SuperMassive, are in an extremely tough spot. The only team they can realistically catch is the 2-4 SKT, but the Koreans are still likely the best team at the event, even if they haven’t performed like it so far. Even if Europe’s disappointing and unprepared G2 team has a revival, advancing will be a tall task for them.

So midway through the Midseason Invitational, it’s anyone’s game. No team from any region, even the undefeated Chinese side playing in front of a home crowd in Shanghai, look better than any of the other contenders.

You’d have to think the experience and firepower of Korea will win out when all is said and done, but the scenarios where China, Taiwan, or North America win the entire event now look plausible, making this tournament one of the most exciting we’ve seen.