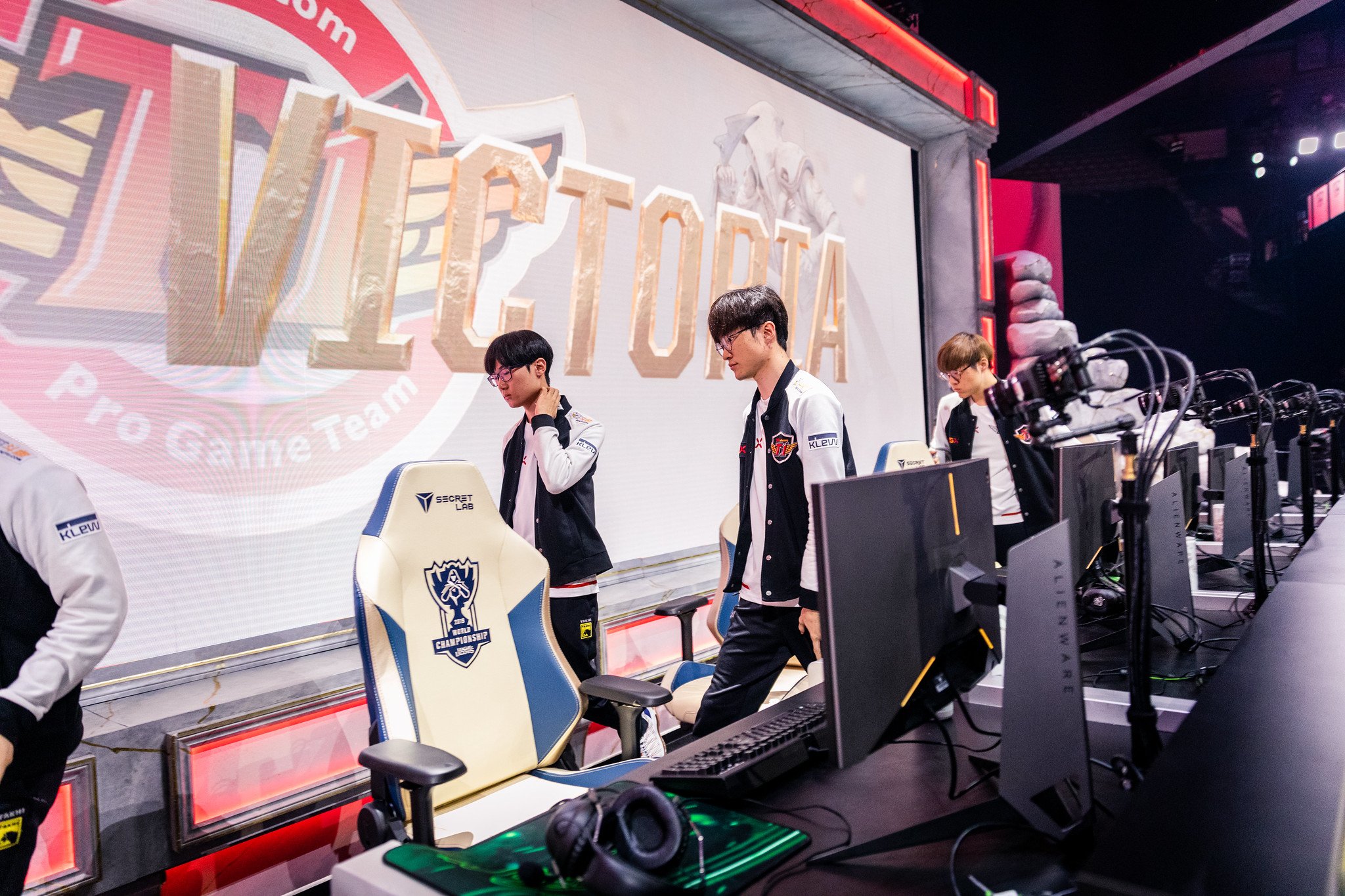 Three members of SKT marched down mid when Khan solo killed Marek “Humanoid” Brázdain in the top lane. Andrei “Xerxe” Dragomir, followed by Kasper “Kobbe” Kobberup, Tore “Norskeren” Hoel Eilertsen, and Tamás “Vizicsacsi” Kiss, ran top to hone in on Khan. But in doing so, the team left their base empty. By this point, SKT were already on Spylce’s inhibitor tower, pushing for an end.

Splyce continued the chase until Khan had fallen. Khan didn’t go peacefully, however, and brought Kobbe down with him. The three remaining Splyce players recalled immediately—but it was too late. SKT had killed both Nexus turrets by time Splyce finished their backs. The LCK champions finished off Xerxe, then Vizicsacsi, and finally Splyce’s Nexus.

Even since dropping to ninth place during the LCK Summer Split, SKT have been on a rampage. They’ve adapted to a more aggressive early game meta and at times have looked unstoppable. Against Splyce, however, SKT seemed to take more of a back seat moving into games three and four. Several of SKT’s aggressive tower dives backfired and left them incredibly vulnerable. Along with Splyce’s proactivity, especially from Xerxe, SKT struggled to maintain a dominant lead.

Still, Splyce are heading home today. But they had a commendable Worlds journey. They started at the bottom of the LEC regional finals and rose to the top to secure the region’s third seed at Worlds. They ran through play-ins, followed by the group stage where Splyce bested the LPL Champions in FunPlus Phoenix. And today, instead of folding over to SKT, Splyce turned a widely expected 3-0 stomp into a worthwhile series.

One more quarterfinal match remains between DAMWON Gaming and G2 Esports. After which, we’ll learn who SKT will face in the semifinals Nov. 3.