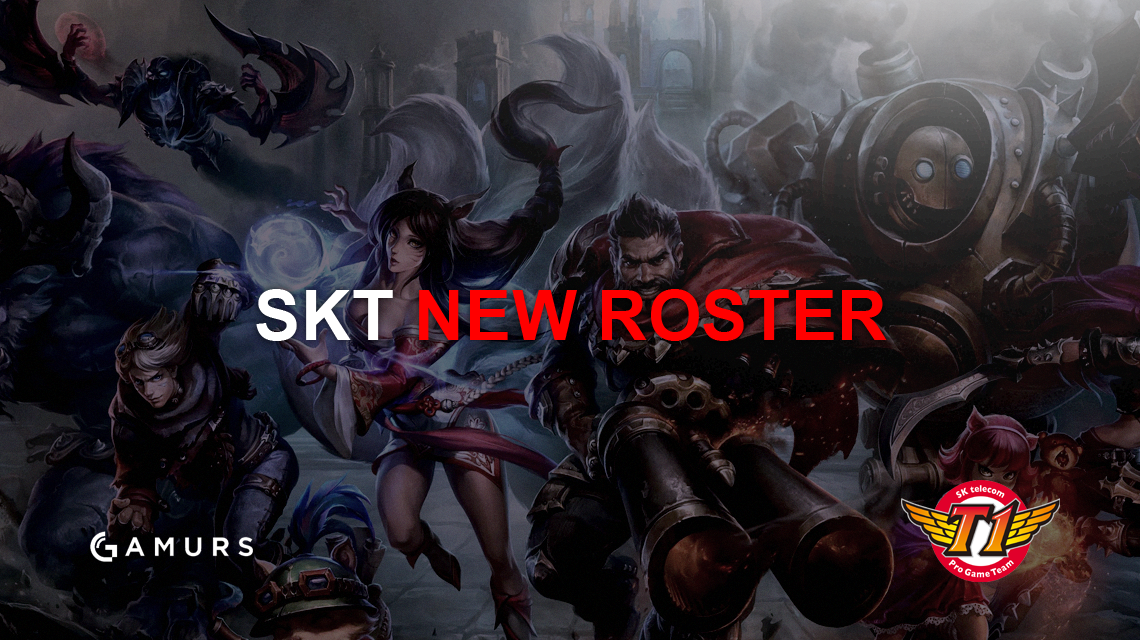 After winning Worlds 2016 and heading into the Kespa Cup, a tournament designed around LCK teams as an end of year tournament before All-Stars officially ends the season, SKT has added two new players to their roster.

SKT has added a new top laner, “Profit” and a new support, “TaeHoon,” to their roster for the upcoming tournament. They have also reportedly added “GankZero,” an ADC, on standby but he has not been added to the official roster yet.

It is not uncommon for LCK teams to have multiple roster members for different roles, but it will be interesting to see how these new members play and for what purpose they have been signed moving forward.

Is Duke leaving SKT? I think it’s doubtful, but it will be interesting to see what the future holds for the team moving into Season 7.

What do you think about these new additions for SKT? Let us know by commenting below or tweeting us @GAMURScom.