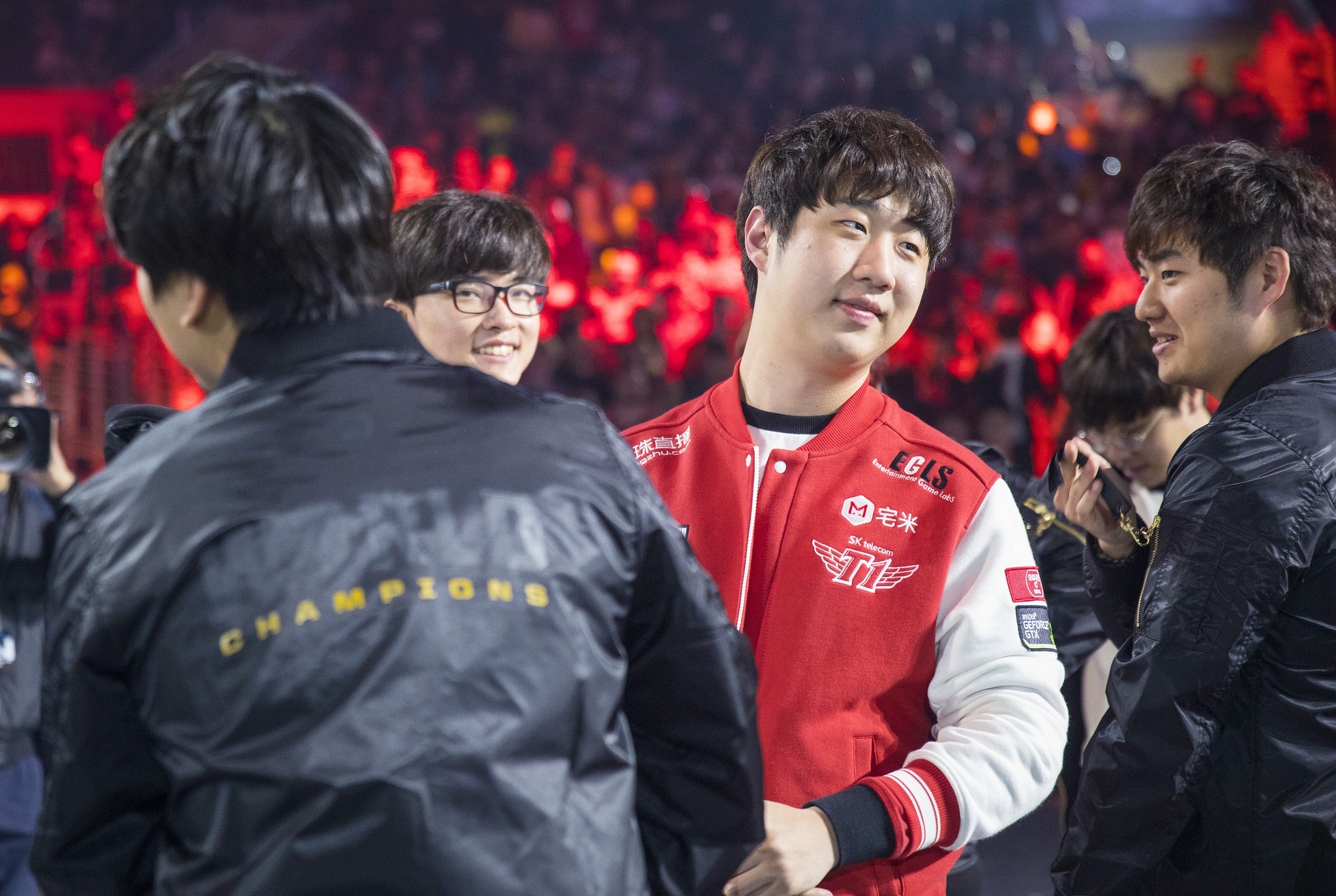 In an extensive documentary on League’s YouTube channel, Riot revealed the designs for all of the new SKT skins.

There will also be a special SKT Teemo ward made just for SKT’s head coach Kim “kkOma” Jung-gyun. The players gave feedback to Riot’s design team on the details they wanted their championship skin to have. This might explain why Jhin’s ultimate now has him sprouting wings. SKT’s ADC Bang has always seen himself as the team’s angel of death in crucial team fights.

KkOma has been hoping for an SKT Teemo skin for awhile now, but Riot instead decided to give the coach a ward based on his familiar pose when on stage. Maybe if he wins a fourth world title with SKT, Riot will have no choice but to listen to his demands—although we think it’s likely that Faker will get his Ahri skin before kkOma gets his Teemo. Faker has been wanting an Ahri SKT skin since his first world championship title in 2013. Riot ended up choosing Zed for him instead, going against Faker’s request.

This will be the third series of skins based around SKT’s players, after they defeated Samsung Galaxy in the world championship finals on Oct. 29 last year.