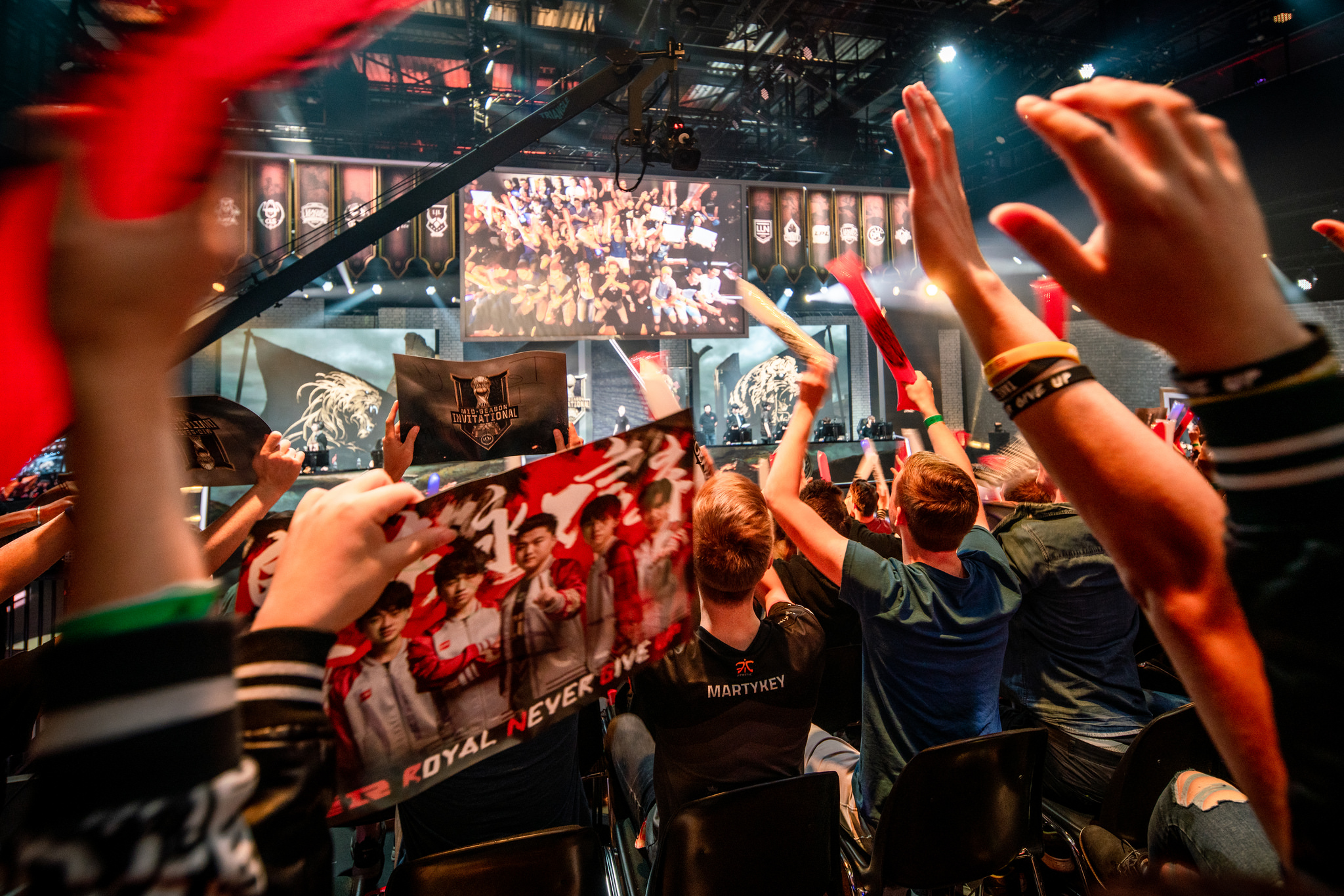 Tomorrow the Mid Season Invitational semifinals kick off as Royal Never Give Up challenges Fnatic, and so begins a two-day fantasy contest featuring four of the best League of Legends teams on the planet.

Today we’re looking at this week’s big League fantasy battles and giving you the picks you need to dominate the fantasy field.

We’re going to look at both matches and each position. We’ll use Skrilla scoring and all statistics are pulled from the MSI group stage.

Royal Never Give Up vs. Fnatic

China’s champions are heavy favorites against Europe’s elite after the performance we saw in the MSI group stage. RNG topped the table on the back of stellar play from their bottom lane, and Fnatic managed to barely survive with little impact from theirs in an ADC-focused meta.

That will once again be the focus of this matchup. Jian “Uzi” Zi-Hao absolutely destroyed Martin “Rekkles” Larsson in their two group-stage meetings. Uzi posted a combined KDA line of 10/1/10 while Rekkles posted a paltry 2/4/7 mark. There’s no reason to expect things will be much different in the semifinals, and that means that RNG will likely run rampant against Fnatic once again. That should be fantasy gold, at least for RNG’s bottom lane.

Of note, in both previous matches Fnatic mid laner Rasmus “Caps” Winther got the better of RNG’s Li “Xiaohu” Yuan-Hao. If Fnatic continues their mid lane priority, that’ll make things rough on Xiaohu, even if the rest of his team profits.

This matchup is much more interesting. While KINGZONE DragonX should be heavy favorites on paper, the Flash Wolves we saw in the group stage actually beat KINGZONE in both of their meetings, leading to the Wolves finishing ahead of the Korean champs in the standings.

Since you can only start three players from one team, that means you’ll need to play at least two players competing in this matchup. KINGZONE still feel like they should be favored. Korean teams often falter during group stages, but rarely fall in the knockout rounds. But Flash Wolves feel like a team that could topple the titans. The upside? In a close series, everyone will be able to shine fantasy-wise.

We’re angling to start superstar ADC Jian “Uzi” Zi-Hao in the bottom lane, and with his hefty 29,200 salary we need to get value somewhere. The best place to do it? The top lane.

The MSI meta is very tank-centric at the top and it’s produced anemic fantasy scoring with a 13.78 SKPPG average during the group stage. The two top performers were KING-ZONE DragonX’s “Khan” and the steady Letme. Khan is famous for playing carry tops and Letme is not, but in the current meta, that doesn’t seem to matter. Khan posted 15.85 SKPPG while Letme sat at 15.76 SKPPG, but Letme led all top laners with a 6.5 KDA.

Both players will lane against a rookie in their semifinal games, unless Paul “sOAZ” Boyer’s injury improves. But the price is right for Letme at a paltry 15,400 salary, making up most of the savings needed to field Uzi by himself.

Okay, so this is a bit of a freebie. Fnatic’s jungler may be a Baron stealing maniac, but he’s more of a supportive player and never posts huge fantasy numbers. Plus he’s on the team most likely to lose their series this weekend. Keeping Broxah out of the lineup is a given.

The more interesting question? Who to start.

Flash Wolves has a rookie jungler and a rough match against KINGZONE. Royal Never Give Up’s Liu “Mlxg” Shi-Yu was just average during the group stage and had the lowest kill participation of all junglers. We don’t even know who KINGZONE will start. Moon “Cuzz” Woo-chan replaced Han “Peanut” Wang-ho midway through the group stage. Cuzz was fantasy gold in his three games in the lineup, but if Peanut returns things are a mess.

Mlxg may be the safest play, and that’s certainly ironic considering his playstyle, but he may not be the best value. At 20,550 he doesn’t come cheap. The best play is whoever starts for KINGZONE, but unless they come out early and state their intentions, that’s a coin flip. If you lose it, you’ll still get points for team scoring, and that may top whatever Kim “MooJin” Moo-jin produces for Flash Wolves, if they lose. But it’s a big risk to take.

This Fnatic youngster has a much stronger case to break into your lineup than his teammate Broxah, but he should still ride the bench.

In Fnatic’s two losses to Royal Never Give Up, Caps was on the verge of carrying the game for his team. He posted a combined 9/5/7 KDA line in both games, solid numbers playing for a losing team. But it’s hard to see that continuing. While RNG will surely keep their bottom lane focus, and Caps may have the advantage over Xiaohu, his form became less steady as the tourney progressed. Caps floundered in the second half of the tournament and couldn’t maintain his MVP level. In what’s likely to be a losing series that makes him a tough play, even at a discount price.

Choosing who should start in mid is another dilemma. While Caps may not be viable for fantasy on Friday, his counterpart Xiaohu likely won’t perform much better and comes at a costly 22,800 salary. He’s slated to play a more supportive role against an enemy laner who bested him in their previous matchups.

That leaves two other options: Huang “Maple” Yi-Tang and Gwak “Bdd” Bo-seong. Maple was an absolute superstar in the mid lane during the group stage, and Flash Wolves seems likely to play him on carry champions in the current meta. But while Bdd had a quiet group stage, it wasn’t a poor one. He scored just behind Maple in fantasy points and if KING-ZONE rounds into form, he’s a strong bet to perform. Bdd is likely the higher scoring player if his team wins the series, but he also comes at a hefty 23,150 price tag. It’s unrealistic fielding him and Uzi in the same lineup, so Maple at 18,350 may be the play.

The easiest pick of the day. It doesn’t matter that Uzi costs a whopping 29,200 salary to get into the lineup. He’s going to dominate on Friday and if you don’t have him in the lineup—and captain him—you’re going to lose.

Uzi obliterated Rekkles in their two previous meetings. He’s gotten better and better as the group stage progressed. Right now no one can stop him, and Fnatic certainly won’t tomorrow.

Uzi’s partner in crime was perhaps the more valuable fantasy player in the group stage thanks to playing in a low-scoring position. Ming showed that he’s a top level support on the world stage, outplaying two legendary playmakers in Hu “SwordArt” Shuo-Jie and Kang “GorillA” Beom-hyeon on his way to fantasy dominance. Like Uzi he’s costly at a 20,050 salary, but it’s worth it.

The all-in on Uzi is likely the winning fantasy play, but there’s room for a Kim “PraY” Jong-in focused strategy if you feel KING-ZONE will play like the team we thought they were before the tournament. Playing PraY instead of Uzi lets you field Mlxg in the jungle and Bdd in the mid lane, and that may make up for any point difference at ADC—especially if KING-ZONE gets substitute-happy in the jungle. It’s quite possible PraY outscores Uzi, too, if RNG ends up so in control against Fnatic they don’t need to rack up kills. But it’s hard to bet against Uzi right now.

The semifinals begin on Friday at 6am CT when Royal Never Give Up battles Fnatic. Make sure to set your fantasy lineups and tune in.