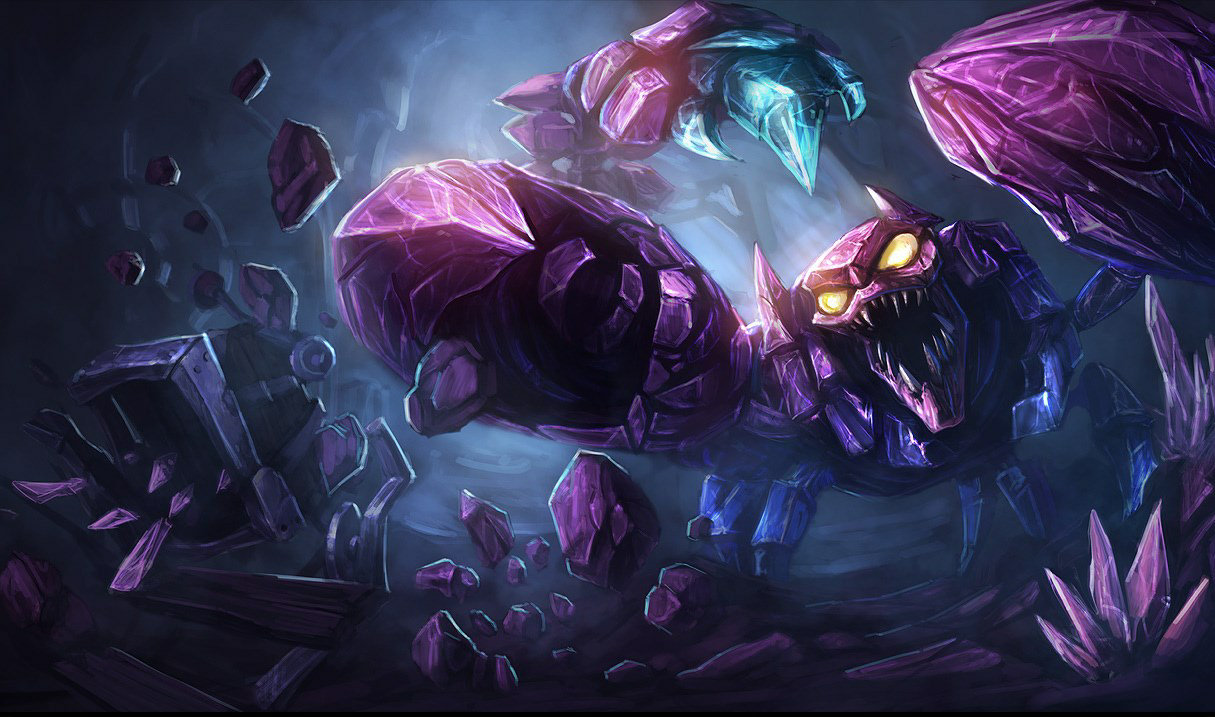 The votes are in and the League of Legends fandom has decided on which champion update and theme revamp they’ll be getting this year. Runeterra’s favorite crystal scorpion Skarner has won the vote for the next visual and game update, while the outdated Gothic skin line will be getting a thematic revamp.

“We’re super excited that Skarner won the VGU vote, as we think he has tons of potential to be something truly special on the League roster,” Riot’s champion producer Ryan “Reav3” Mireles said. “We’ve tried smaller reworks of Skarner’s kit in the past, but it never really increased his playrate, so we’ll be looking to do a massive reboot of his kit, theme, and visuals, similar to Sion and Urgot. We’ll look to keep his kidnapping ult in some form, but otherwise we’ll be rebuilding him from the ground up.”

Skarner was released in 2011 and currently has a measly six skins. He only has 23 unique in-game quotes and doesn’t have any special interactions with other champions. Riot is also planning to build Skarner’s lore to a larger scale since not much is known about him or the Brackern’s world and backstory.

Looking at the breakdown, Skarner won the vote by a large margin. The Crystal Vanguard had 33.4 percent of the fan vote, compared to the second-place Shyvana, who only had 19.6 percent of the votes for herself. If you were a believer in League’s resident dragon lady, there’s no need to worry. Riot is strongly considering her for the next big VGU outside of the fan votes.

The Gothic skin line also won its poll by a large margin, picking up 49.4 percent of all votes compared to Arclight’s 25.1 percent and Infernal’s 25.5 percent. Riot is ready to explore how the “middle school aesthetic” could be reflected on Summoner’s Rift, which could possibly range from “cute and spooky to serious and dark.” There are plenty of ways that the developers could approach these cosmetics, so fans should be excited about what comes next.