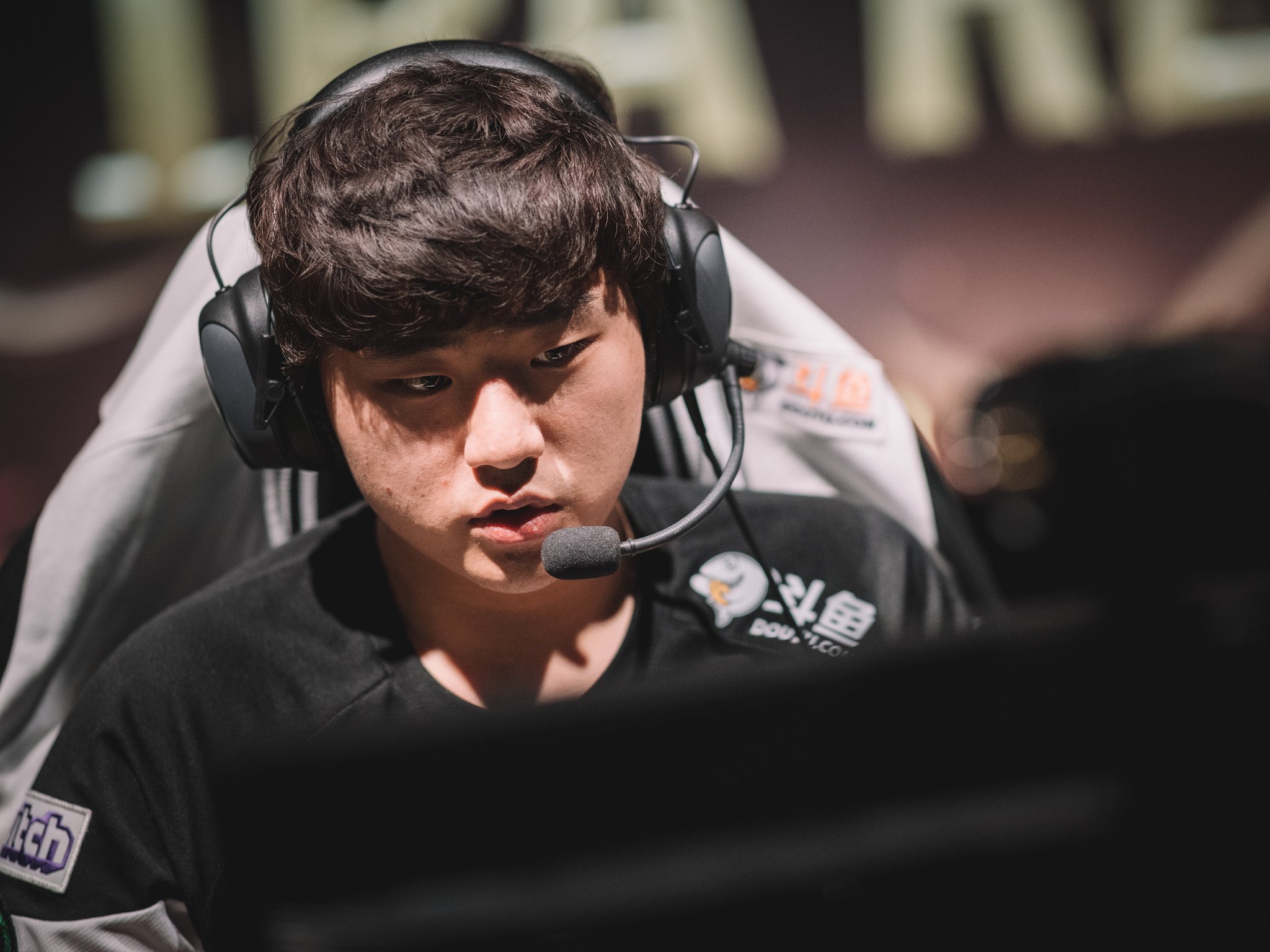 On the brink of defeat, SK Telecom T1 made two incredible comebacks to win the first telecom war of the 2017 Summer Split over KT Rolster.

The top two teams in the league alongside Samsung Galaxy, SKT and KT’s first bout in summer was expected to make for an exciting installment of this ever-growing rivalry. And thankfully, the series did not disappoint.

Starting both Heo “Huni” Seung-hoon and Han “Peanut” Wang-ho after a week away from the stage, SKT debuted Peanut’s new post-rework Rek’sai in game one. Unfortunately for SKT though, this pick fell short.

Instead of hovering around the top lane to counter the inevitable early Elise Renekton gank from KT, Peanut chose to full clear his jungle. Unsurprisingly, Go “Score” Dong-bin went for the early top lane gank, and since Peanut was nowhere to be seen, Score could successfully give first blood to Song “Smeb” Kyung-ho.

From that kill KT chose to snowball Smeb’s lane through constant ganks, and once the top lane turret was taken they brought this lead to the bottom half of the map. Their plan worked perfectly, allowing KT to easily take the whole map.

With a loss in game one, SKT decided to switch out Huni and Peanut for Park “Untara” Ui-jin and Kang “Blank” Sun-gu.

Even with the two new players on the side of SKT, KT still managed to find a substantial lead through Smeb, and transitioned this advantage into map objectives. By 35 minutes KT were up 14 kills to three with a 5,000 gold lead and were poised to end the series.

But KT prioritised kills over objectives, prolonging the game. SKT, through incredible team fighting while behind, managed to stall to the point where KT’s gold and kill lead didn’t matter.

One beautifully played late-game teamfight from SKT later, and suddenly the comeback was made to even out the series.

Like a broken record, game three saw KT with yet another major lead through the top lane. Able to take an early Baron, KT were in front of SKT’s inhibitor turret by 25 minutes.

SKT were able to hold on though. And by 30 minutes the game had started to favor the world champions.

KT were unable to deal with Untara’s split pushing Fiora, constantly giving up objectives. SKT used this split push to slowly take out KT’s inhibitors. By the time SKT had taken all three inhibitors the game was long past over for KT.

Now 0-3 against SKT this season, KT’s next shot at revenge won’t come until week nine when the two teams face off on Aug 3.