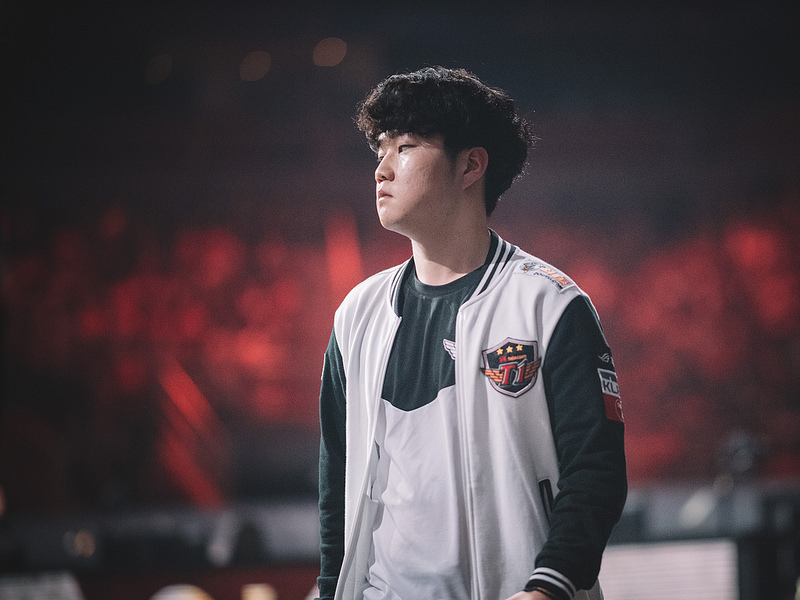 SK Telecom T1 convincingly defeated the Gigabyte Marines to earn their second win on the first day of the 2017 Mid Season Invitational.

Refusing to sit back and lose, GAM came into their match against SKT ready to fight. Đỗ “Levi” Duy Khánh, GAM’s jungler, immediately went up top to find first blood on an unsuspecting Heo “Huni” Seung-hoon. In reaction to this play by GAM, Han “Peanut” Wang-ho, SKT’s jungler, made his way into the mid lane to grab a kill for himself.

From this point on, the game was nothing but constant fighting. Both junglers were continually ganking for all three lanes, and the top lane was a bloodbath.

But in SKT fashion, Peanut quickly started to push SKT ahead of GAM through his teamfighting, which then earned SKT more kills and objectives.

Once SKT took a very early 20 minute Baron, the game was basically over as SKT relentlessly rushed into GAM’s base. GAM’s defenses quickly broke down, and SKT shredded the inhibitor turrets and, subsequently, the nexus.

SKT hope to retain this undefeated record as they head into their MSI matches tomorrow (May 11) against TSM and Team WE.