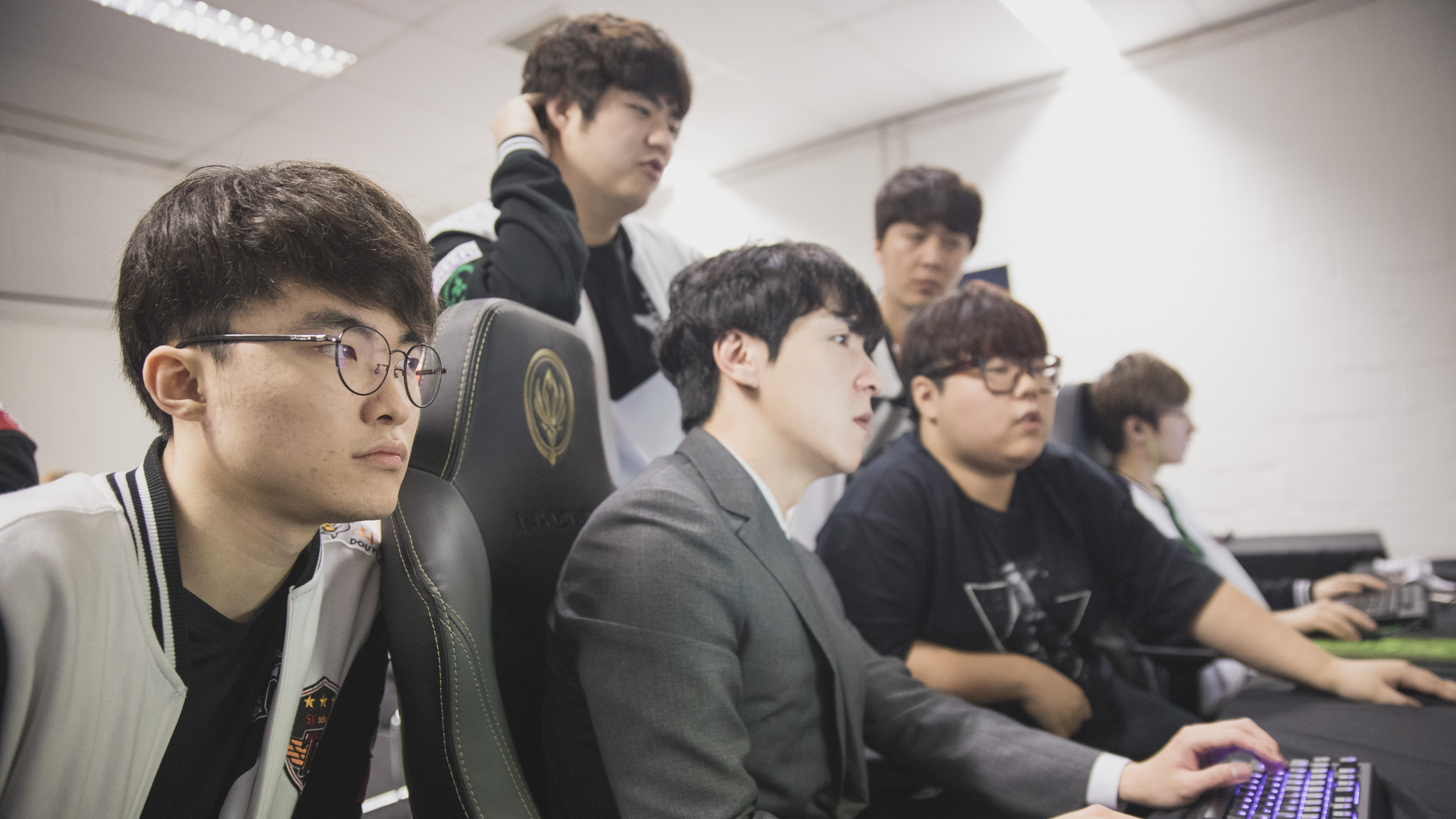 Subbing in their undefeated jungler Kang “Blank” Sun-gu for the final match of the night, SKT looked to end the group stage strong. Already guaranteed a spot at the Rift Rival Relay best-of-five final alongside fellow Korean teams KT Rolster, MVP, and Samsung Galaxy, SKT were playing mainly for pride.

With SKT yet to repay WE for the overwhelming defeat they suffered during the Mid Season Invitational group stage, this match was the perfect opportunity for SKT to give WE a taste of their own medicine.

Playing comfort picks like Cassiopeia, Kallista, and Lee Sin, SKT had total control of the game from start to finish. All three of the Korean lanes handily won their matchups, and Blank found an easy first blood in the mid lane for Lee “Faker” Sang-hyeok. SKT transitioned these leads to numerous dives and picks ended in success

WE on the other hand seemed powerless this game, unable to to crack open SKT’s tight play. Every skirmish or pick play WE tried to make consistently resulted with a player of SKT limping away with low health, but alive. The one major early game play WE tried, having Ke “957” Chang-Yu’s teleport to bot lane, failed miserably. That propelled SKT top laner Heo “Huni” Seung-hoon’s lead further with the extra free farm.

With complete control of the map, SKT were free to take the Baron as soon as it spawned. And with the Baron came an instant inhibitor take from SKT. WE, desperate to make a comeback, looked for a pick onto Bae “Bang” Jun-sik. Unfortunately for WE the SKT AD carry brought friends. One teamfight ace later and SKT were in WE’s base to end the game at 24 minutes.

With tonight’s win, Blank’s streak extends to an unbelievable 20 games. And with Korea already locked in for the finals of Rift Rivals, Blank has a chance to grow his win streak even further before the tournament ends.