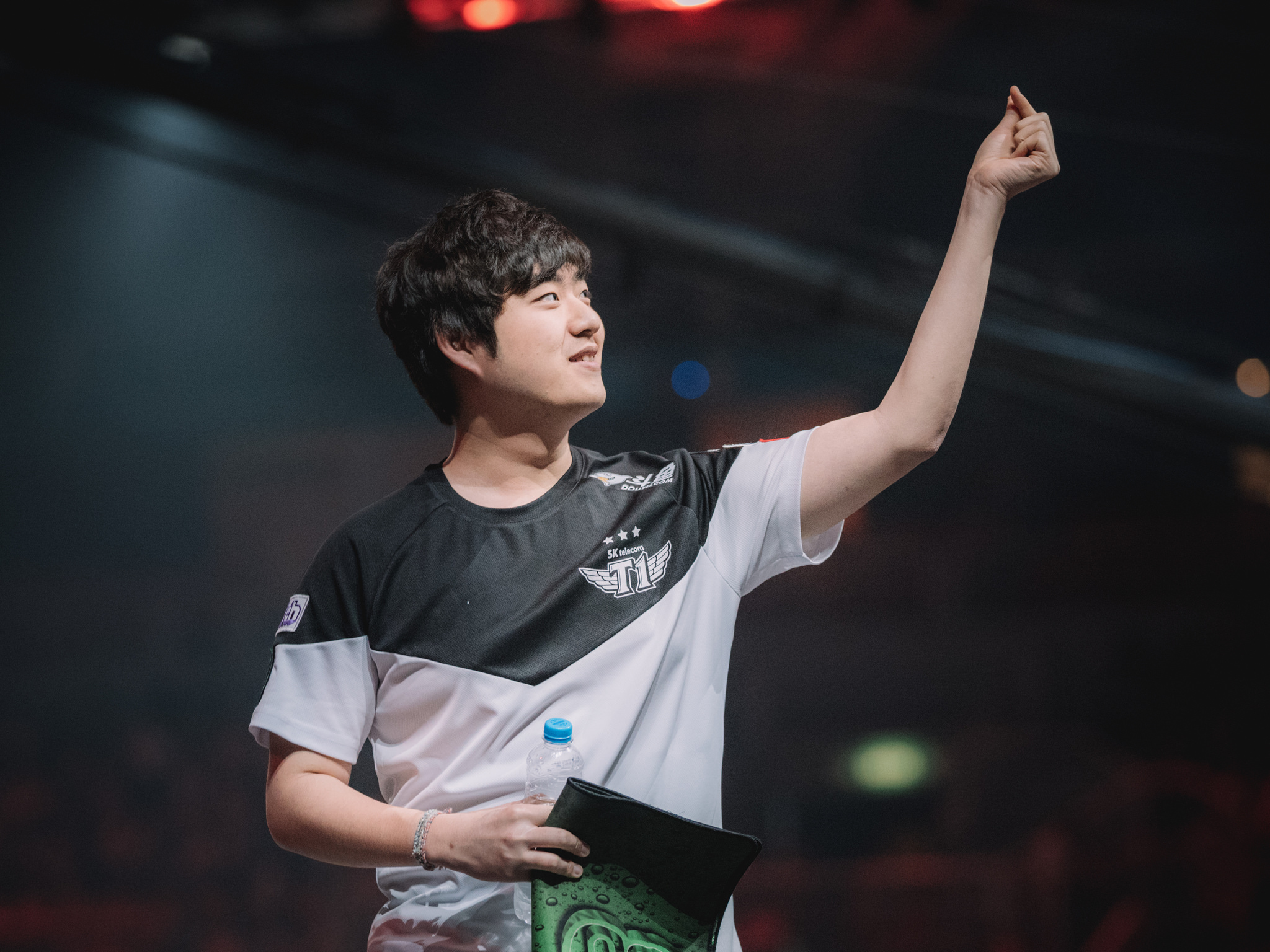 If you were to overlook the storied rivalry between these two teams, KT Rolster was the overwhelming favorite in tonight’s match-up. Fresh off a convincing 2-0 victory over Longzhu Gaming and boasting a 14-3 win record, KT seemed unstoppable. SKT in comparison continued to look shaky. Only just recently ending a four game loss streak, SKT were a far cry from their previous dominant form back in spring.

But this was the legendary Telecom War. A continuous battle between two organizations that predates League of Legends itself. And for the entirety of 2017, SKT hadn’t lost a single telecom war. If there was one team to take out this souped up KT “super team,” it was SKT.

And with Taliyah stuck in the mid lane, SKT were free to play how they wanted. That was to get Heo “Huni” Seung-hoon’s Cho’Gath as many stacks as possible and carry the game.

SKT completed their goal easily, with Huni becoming an unstoppable giant in little time. Able to take the Baron with the help of a pick onto KT AD carry Kim “Deft” Hyuk-kyu, SKT had the game won. Even though SKT played out the final teamfight poorly, the players were so far ahead of their opponents it didn’t matter.

Seeing how well Huni did performed on Cho’Gath, KT decided to give him the camping treatment in game two. Down three kills by five minutes, KT Rolster made sure Huni was non-factor this game.

Down in the bot lane, the KT duo were demolishing their SKT counterparts. It had all the makings of a stomp. SKT couldn’t even move around their jungle without dying to KT. Once the Baron came on the map, KT could end this massacre. SKT ended game two with only two kills in comparison to KT’s 20.

Unsurprisingly, Park “Untara” Ui-jin was subbed in by SKT after the horrifying top lane experience Huni experienced. What was surprising though was KT giving up Zac to SKT.

And SKT showed the world once again why Zac is always banned. Despite losing his flash early into the game, Han “Peanut” Wang-ho still could successfully gank for his lanes solely from Zac’s extraordinary engage range with his Elastic Slingshot.

Zac’s incredible early game, alongside Faker’s amazing Lucian mechanics, led SKT to a enormous gold lead. No matter how hard KT tried to pick off Faker, SKT would somehow manage to turn the play around, eventually winning the game off such play.

With SKT’s victory tonight, KT are now no longer able to finish the Summer Split in first place. Instead, Longzhu Gaming and Samsung Galaxy will face off on Aug 6, for the title of the league’s number one team.