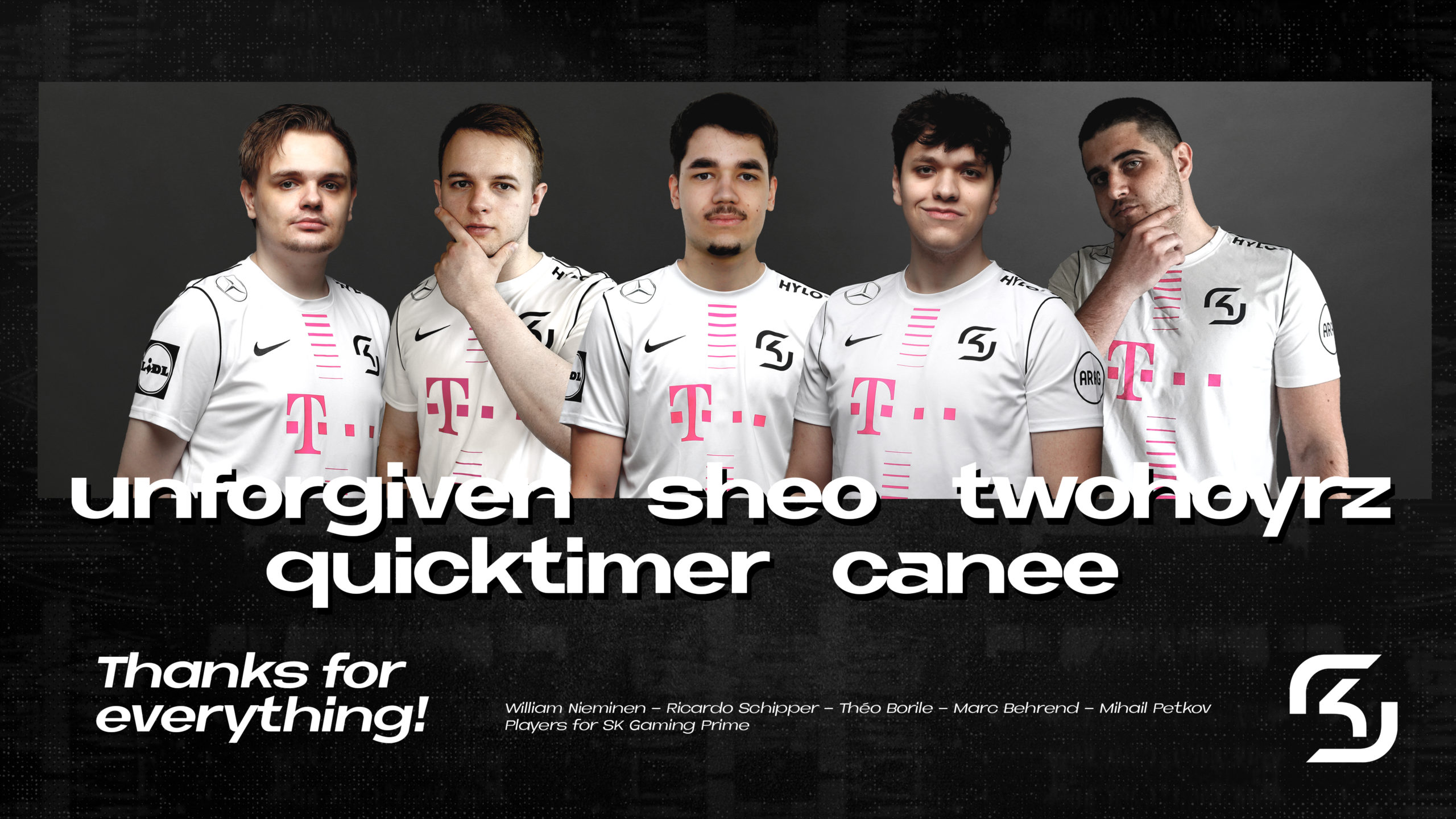 Marc “Canee” Behrend, Théo “Sheo” Borile, Mihail “twohoyrz” Petkov, William “UNF0RGIVEN” Nieminen, and Ricardo “Quicktimer” Schipper are all set to leave the ERL team following the expiration of their contracts, according to an announcement from today. The starting top laner for SK Prime, Alois Nelissen, is the only remaining player on the roster ahead of the 2022 season.

This iteration of the SK Prime roster found middling results during the PRM Splits. The German-based organization finished in fourth place in both the Spring and Summer Splits and were knocked out relatively early in both playoffs.

Though many of the SK Prime players have yet to announce their next moves, one of the players could have his plans set for next year, according to a report by Dot Esports’ Pablo Suárez. Following the release of Matyáš “Carzzy” Orság to Vitality, UNFORGIVEN is set to fill the void in the bottom lane for the reigning LEC Champions, MAD Lions.

Other players on the SK Prime roster will go into free agency with some amount of LEC experience under their belt. After SK’s starting mid laner was hospitalized in the middle of the LEC Summer Split, Twohoryz briefly took the helm of the position.

SK Gaming has yet to decide who will fill out the rest of its SK Prime roster, though the drastic changes mean they hope to craft a roster to bring them back to the ERL main stage.