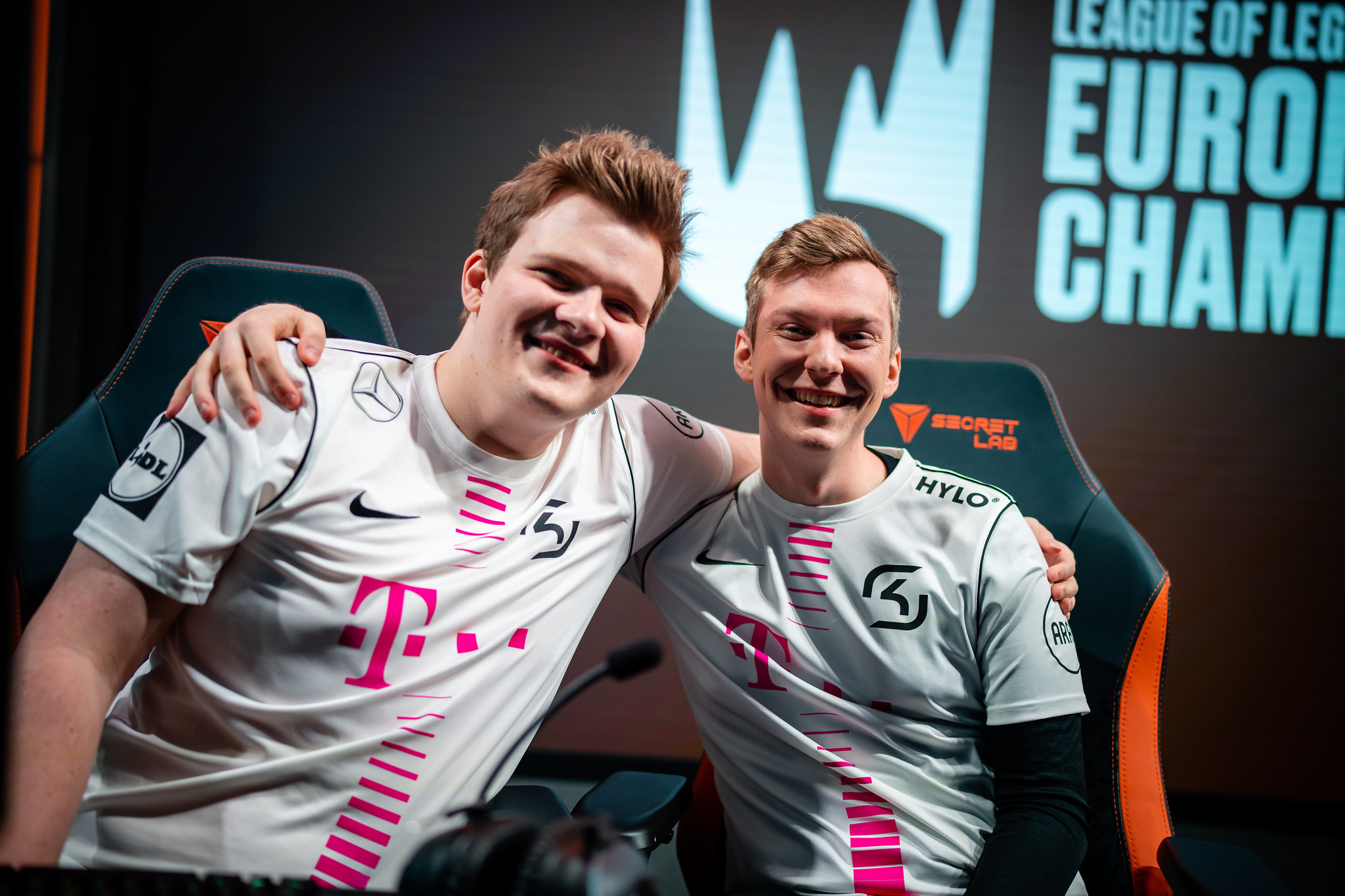 SK Gaming took down reigning 2021 LEC Summer Split Champions MAD Lions in an exhilarating 55-minute League of Legends brawl on the second day of the LEC today, pushing the underdogs to a 1-1 record.

In both the closest and longest game of the 2022 LEC season so far, SK challenged LEC favorites MAD Lions in their second game of the Spring Split in a battle between two rookies: SK’s Sertuss and MAD Lions’ Unf0rgiven.

In the first 20 minutes of the game, Sertuss was leading his team to victory on the centrifugal Corki pick. The young mid laner dominated the early-to-mid game on the champion as MAD Lions continued to rapidly lose the early game.

Through their young rookie talent, SK Gaming built around his lead and grabbed the first four dragons of the game, alongside a massive gold advantage.

Yet in typical Mad Lions fashion, the Worlds 2021 quarterfinalists held a defense on SK to stall out the game a little longer. And off the back of a strong engage from the Mad Lions side, they found the spur of hope left in the game, killing the opposing side and taking Baron for themselves.

The remainder of the game was a battle of inches. The two teams kept battling toe to toe each fight for the ability to push their waves out just a little more. With each fight being so close, it looked like this was going to be a MAD Lions win. And after an unbelievable five-man Diana ultimate from MAD Lions jungler Elyoya at the 47-minute mark, the game looked primed for the MAD Lions to bolster their record in the LEC to 2-0. They continued to inch their way into the SK base, taking their bottom lane inhibitor and eventually all of their mid lane structures.

Shortly after, MAD Lions used that teamfight to grab Baron and gain tempo priority in two lanes. In what was meant to be the final push to end the game from the MAD Lions side, SK separated the MAD Lions, leaving the team split between going for the Nexus through the mid lane or going back to reset. This resulted in SK flanking them from both sides, eventually leaving four MAD Lions members dead with 70-second death timers.

And as the underdogs made their push through the mid lane, SK bot laner Jezu officially secured the victory once he landed a blind Trueshot Barrage on Unf0rgiven, marking the end of a 55-minute battle.

After an exciting win on their first game of the 2022 LEC Spring Split, SK will look to ride this momentous high as they look to take down another juggernaut in their final game of week one against Fnatic tomorrow.