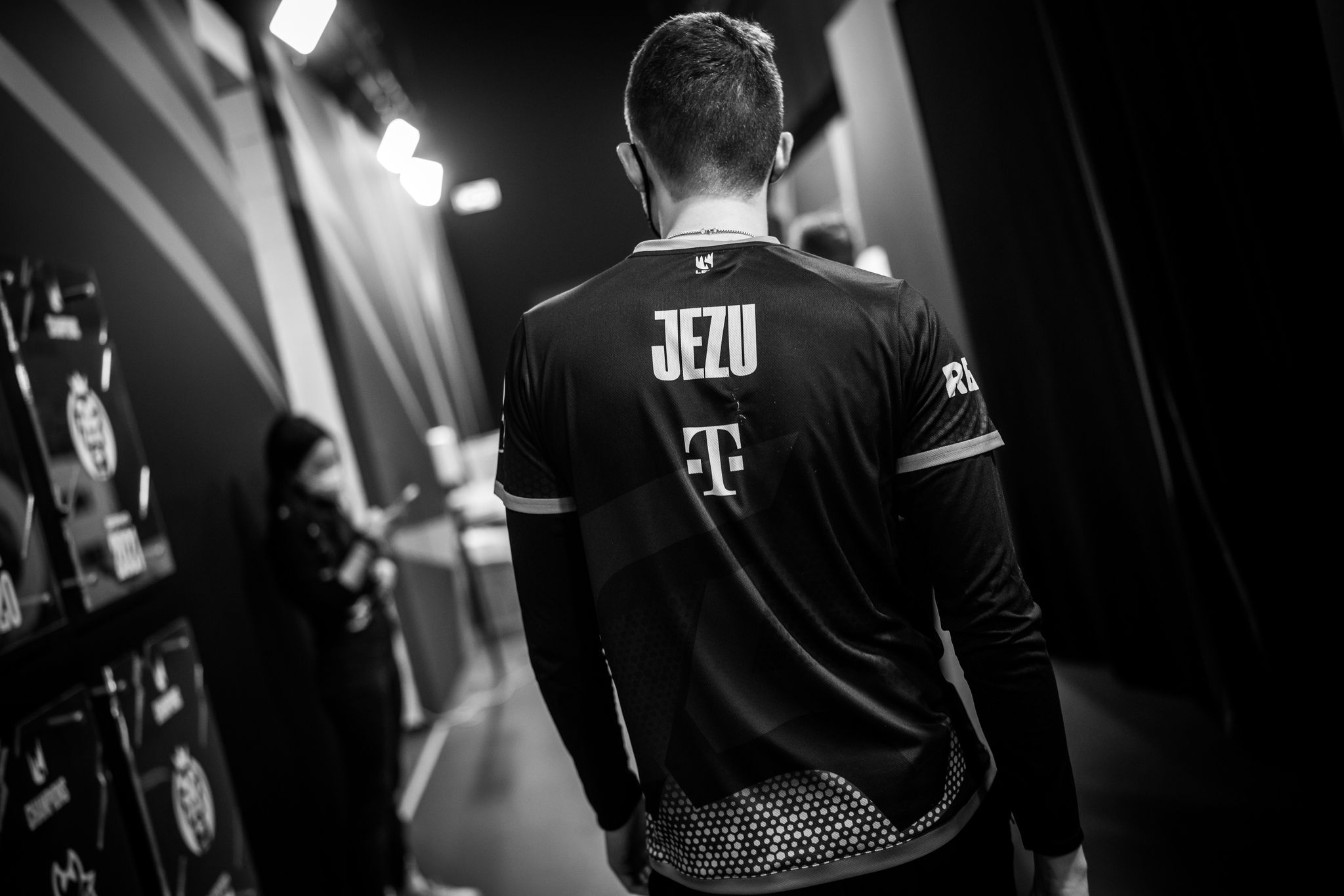 SK Gaming defeated Misfits Gaming in their final game of the LEC 2022 Spring Split today, ending the season with a respectable 7-11 record.

With possible playoff seeding on the table, Misfits entered their final game of the LEC 2022 Spring regular season looking for a possible top-two finish in their own hands. To reach their goal, they would need to take down SK, who stood at 6-11 before today’s match and were already out of playoff contention.

With nothing to lose in their final game of the season, SK played an unorthodox draft. Instead of drafting one of the popular AD carry picks in the meta, they picked Kalista for bot laner Jezu to match up against Neon’s Jhin in the bot lane.

Throughout the game, the crafty pick from the SK bot laner was dominant in the mid game skirmishes for SK. They soared to a 5,000 gold lead at the 18-minute mark and continued to balloon this lead over the Misfits.

The Misfits aren’t ones to give up when they are down over 10,000 gold, as seen by their match yesterday against Fnatic, and they continued to stall out the game for a brief moment. But with a compounding gold lead, four dragons, and Baron buff at 27 minutes, SK were too much for Misfits to handle. SK won the final teamfight and gave Misfits a defeat in their final game of the season.

SK finish their LEC 2022 Spring Split with a 7-11 record, with five of those wins in the second half of the season. While shaky at first, SK showed promise in their games in the final half of the split, taking down notable playoff contenders such as G2 Esports and Rogue. Now looking towards the Summer Split, SK showed they can be a serious contender for one of the six playoff positions in the LEC 2022 Summer Split.

For now, SK will enter the offseason and reset before they begin their quest for improvement in the Summer.

Misfits, on the other hand, will need to wait for the result of the match between Fnatic and Excel to see if they will play a tie-breaker for the second seed or if they will fall down to the third and fourth seeds for the LEC 2022 Spring Playoffs. Nonetheless, they have already secured their spot in the upper bracket of the LEC 2022 Spring Playoffs.