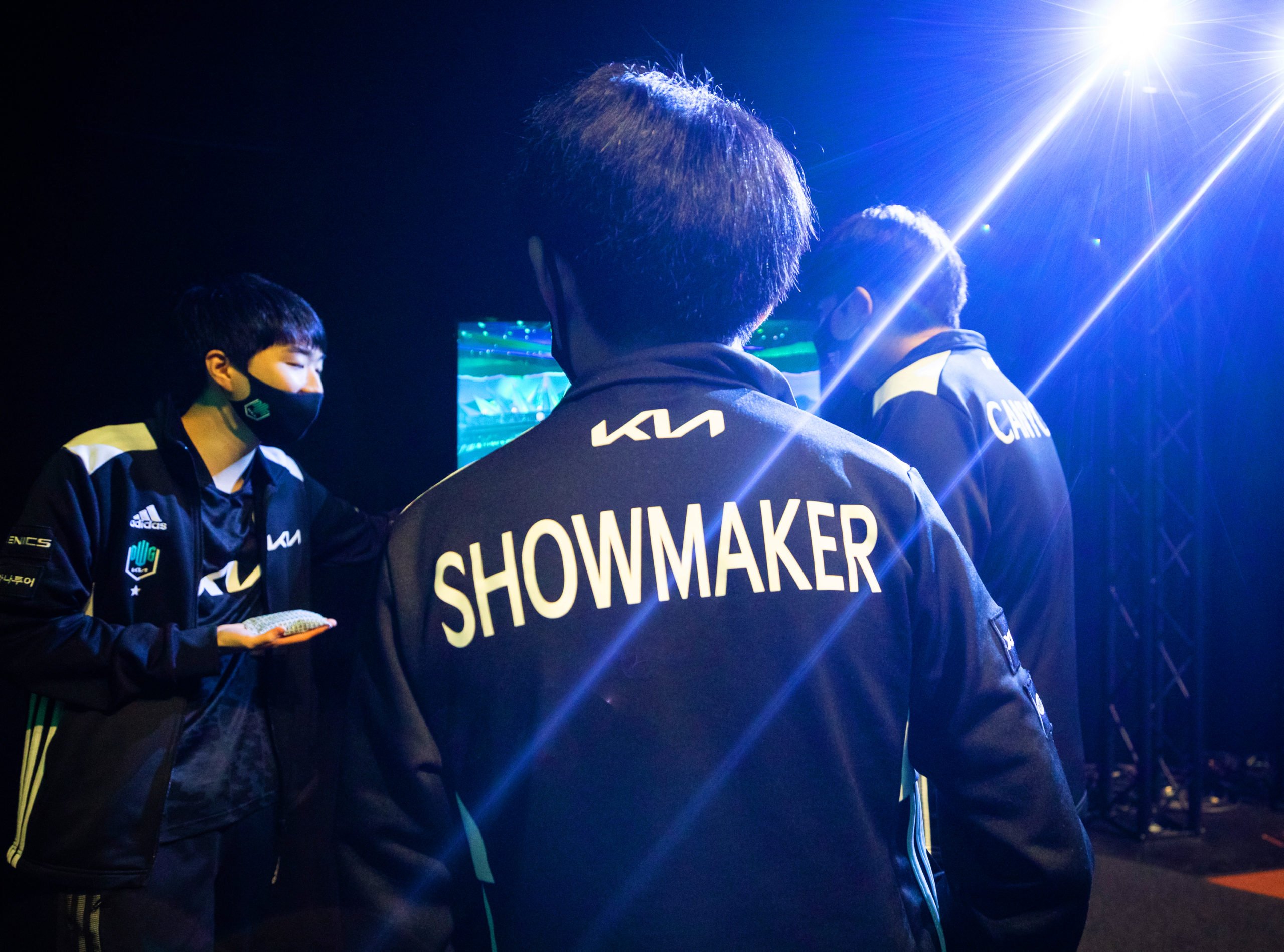 Only four League of Legends teams are left standing after the 2021 Mid-Season Invitational’s rumble stage, where some of the best players in the world battled over 10 exciting games to try to earn a shot in the knockout stage of the tournament.

Although there were many standout performances, DWG KIA’s star mid laner ShowMaker shined bright among his peers by leading all players with a 13.7 KDA through the previous stage, according to Oracle’s Elixir. The 20-year-old phenom only died seven times throughout DWG’s 10 matches while also racking up 40 kills in the process—the most among mid laners over the past five days. When looking at the five lowest death counts in the rumble stage, four of the players come from DWG KIA.

ShowMaker was one of the hardest hitters in the rumble stage, boasting the second-highest average damage to champions per minute among mid laners in the stage, according to Oracle’s Elixir. He also participated in 68.3 percent of his team’s total kills, which was the highest in his role as well.

As a whole, his efforts helped DWG KIA capture an 8-2 record through the rumble stage, having only dropped both matchups against China’s Royal Never Give Up. The team’s low death count speaks to their smart macro play since they pick and choose the best skirmishes to take for success. They rarely take fights that won’t lead to a greater objective and they always aim to be completely prepared before kicking off a fight.

Looking ahead, DWG will have to face off against Humanoid and the LEC’s representative, MAD Lions. The fiery, young squad from Europe is much more willing to fight throughout the game and Humanoid is the only player to outdo ShowMaker in damage through the rumble stage. Even though they were able to 2-0 them this past week, this series should be exhilarating from start to finish.

The death counts should rise and fans’ excitement should follow when these two teams meet in a best-of-five on Saturday, May 22.