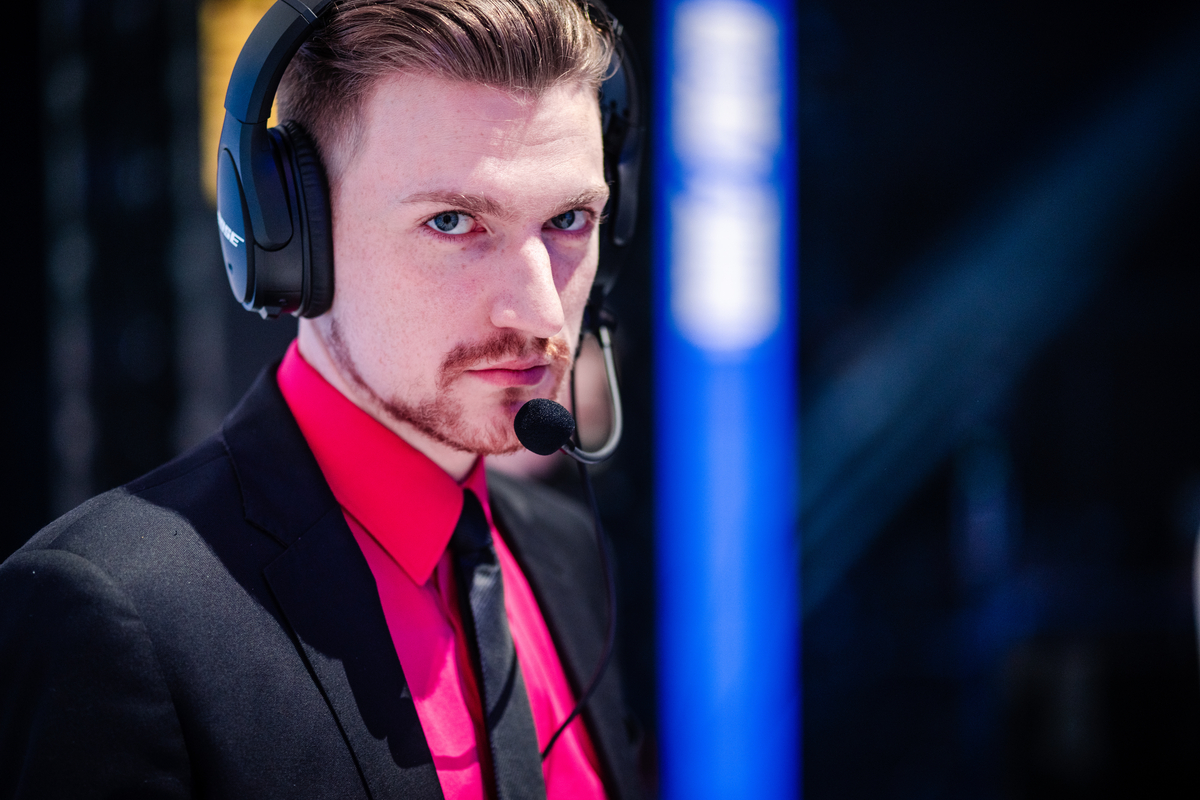 A team so dominant in its region can sometimes have its struggles overlooked in favor of its successes. For Unicorns of Love’s founder and head coach Sheepy, improving communications and taking precautionary steps to be able to perform at the highest level is of utmost importance. Although the League of Legends team performed well in the past several years, communication issues played a role in preventing them from reaching a higher level when it came to the international stage.

From ensuring the team was always prepared to strengthening the team’s communications, Sheepy had a lot on his plate as head coach. The amount of work he puts in as a coach has been especially important this year; although UOL participated at the organization’s first MSI and were eliminated early from the 2021 World Championship, the road leading up to those events wasn’t easy, and the team’s endeavors this year ultimately culminated in the organization releasing its entire League of Legends roster.

At MSI, UOL failed to make it out of their group after losing their tiebreaker against the LCO’s Pentanet.GG and were sent home early. And although they still finished first in the LCL 2021 Summer, things weren’t befitting of a team that had a grip on their region for years. Internally, they were struggling. In an interview with Dot Esports, Sheepy delved into the team’s communication issues and how they arose over time.

“They say sharp blade gets dulled over time or something like that,” Sheepy explained. “But I feel like we’ve always been able to change rosters and keep ourselves fresh. I do agree that in this year our learning curve and the way that we should have improved was the lowest compared to the other years and I think that’s for sure there [were] improvements to be made.”

One of these improvements Sheepy touched upon was the team’s usage of a revolving door of languages, particularly Russian and English. The team underwent experiments in the split bouncing from English to Russian, “I think we experimented a lot, we changed over to Russian communication over the split and tried it out a lot of ways where the team has a lot of communication together,” Sheepy said. “But it was extremely difficult for me then to have much participation. I think it shows that we just didn’t have the learning curve that was required to reach into participating in the highest level.”

This experimentation wasn’t just over the most recent split either. The organization has gone through a few roster changes in their time in the league, particularly in the bot lane. Over the years UOL cycled through four different bot laners dating back to the org’s arrival in the LCL in 2019. And although the roster did well in the CIS region at the start—eventually becoming a dominant powerhouse—the team always had the struggle of what language to communicate in both in and out of the game, a problem that can be addressed more holistically now that the full roster has been let go.

With the players the roster had, the team tried various communication strategies from a mix of a Russian with Gadget to only speaking English with Frappii. The constant changing of languages created problems that, according to the head coach, made it very difficult to progress to the level they needed to be because their bottom lane “[needed] time to be included in the team.”

This constant changing of communication and of bot laners continued all the way through to their latest roster. Although it created inconsistencies, it was all for the team’s benefit at the time, according to Sheepy; even though they struggled to be consistent, it still led to results that got them to this year’s international tournaments.

“In the end then we changed to Argo because while we had MSI he also finished university study,” Sheepy said. “Then for the next splits, it’s just been crazy up and down all the time, and especially the language barrier. I had to do some pre-work with Invi. I’m willing to do whatever is necessary for the team. I was for the team’s benefit.”

The coach saw all of these changes as necessities. In a region that was dominated by just them, they had to find ways to keep up their level of play and improve upon it. The changes were what was required to be able to compete at the Worlds stage.

“It was an extremely wild year,” Sheepy said. “I think it was difficult for everybody to just survive that there were so many changes, so many different situations to adapt to, so huge props to everybody on the team. Everybody tried their best in their own way. I think that it’s really important that overall we did the steps that we did.”

These changes throughout the split made things difficult for the team, and although these obstacles made a stable level of play difficult to maintain, it’s something Sheepy viewed as a plus for the team. The fact that they were able to make it to MSI and Worlds with the changes happening behind the scenes is something to be proud of.

“I’m very happy that we managed to squeeze out a game, go to the tiebreaker and almost win that as well,” Sheepy said. “At least we did some honor to our region.”

Now, with the release of the roster, there’s a blank canvas, one that can allow Sheepy to directly hone in on the communication issues that could give a chance for a mixed-language team or a team that all speak the same language. Without these restrictions, the possibilities are endless for the Unicorns.