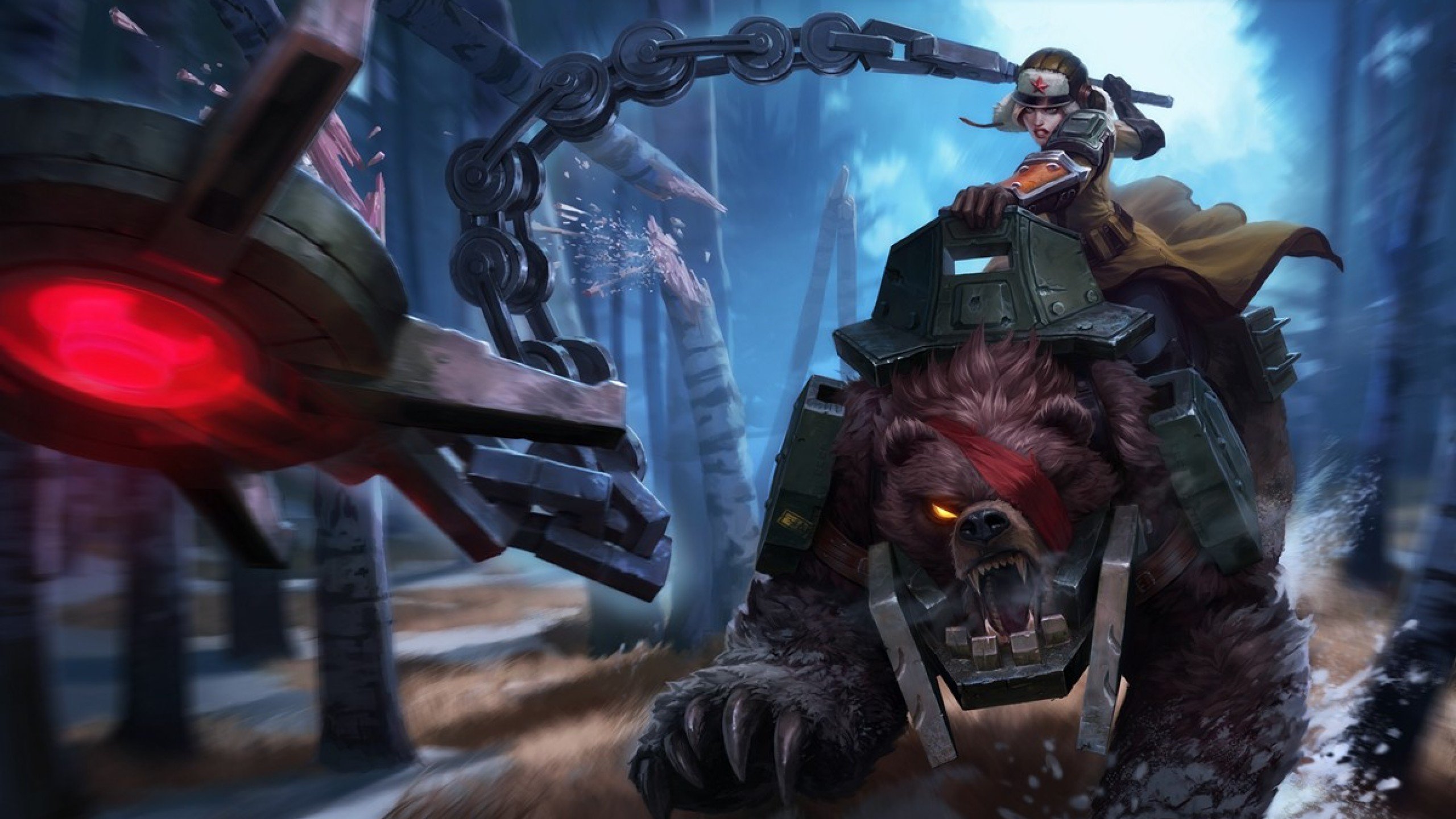 Sejuani is getting a much-needed overhaul during the big mid-season patch as part of the class update to League’s vanguard tanks.

Riot revealed its plans to update the tanks a few weeks ago, and yesterday, the company’s dev team gave us some insight into the goals for Sejuani’s new kit. In case you missed why Riot has decided to update vanguard tanks, and more importantly, what it aims to accomplish by updating them, let’s recap.

Skill expression: Vanguard tanks are all extremely easy to play, regardless of what elo you’re in. You dash into the enemy with a Sejuani Q/ Maokai W/ Amumu Q/ Zac E, use some ability that does a small amount of damage and maybe causes crowd control, and deal damage by standing near them with a Cinderhulk or Sunfire Cape. If it’s a teamfight, you use an ultimate to engage instead. It’s very simple. This class update aims to raise the skill ceiling. Meaning, if you put more time into learning the champion, there will be more ways to outplay and outmaneuver the enemy, making it more challenging.

Damage down, Defense up: One of the reasons tanks are excelling right now in the top lane is that they deal too much reliable damage. They deal enough damage to make marksman mains frequently ask, “Why am I even here?” The class update aims to bring their damage to heel but compensate by adding unique defensive abilities to add more emphasis to the whole “vanguard” theme.

Unique little snowflakes: Vanguards, as they stand right now, are all very, very similar. If you look at the first point about Skill expression, you’ll notice that not only are the vanguards very easy, but they’re all basically the same champion. Dash in, damage, CC, ult. All of it looks, sounds, and plays very similar. This update aims to bring uniqueness to each vanguard tank to fulfill each champion’s own fantasy.

The goals for Sejuani’s update all line up with that philosophy. Her biggest problems are that she lacks an identity, her kit revolves too heavily around her ultimate, and she’s just plain uninteresting to play.

Identity: The idea of Sejuani is extremely cool. A barbarian queen that rides a giant ice-boar and swings around a flail bigger than my head. Who doesn’t love that idea? The problem is, however, that she doesn’t feel like an ice-boar riding badass barbarian queen. She feels like a sub-par Gragas. In fact, the only thing that makes her unique is that she has an Amumu ultimate that she can throw. Riot aims to make players feel like they’re leading their teammates into crazy, barbaristic battle. That being said, we expect to see Sejuani give buffs to allies that are near her, or maybe buffs to allies that attack the same target as her.

Ultimate over-reliance: Sejuani’s ultimate is what makes her worthwhile to play. If you can’t land her ultimate, you might as well play Amumu, Gragas, or Zac, who are all a bit easier to play but accomplish the same goals. Looking at you, Xmithie. Riot will nerf her ultimate a bit to give room to add buffs and new tools to her other abilities so she feels more well-rounded.

Not interesting: In case we haven’t said it enough, vanguard tanks are just not interesting to play, and Sejuani is not an exception. She dashes in with a Q, deals low damage over time with her W, and causes a mini slow with her E. Her ultimate is Area-of-Effect crowd control. Every vanguard tank plays the same way. There’s no skill involved. There’s nothing fun to use to outplay opponents or to sink time into learning. The update aims to fix that. Between bringing uniqueness to her theme and abilities, and raising her skill ceiling a bit, Sejuani aims to be a much more entertaining champion to play when the update rolls around.

If these sneak-peaks aren’t enough to get you excited about the vanguard update, we don’t know what will. Remember the assassins before their update? With Katarina, Talon, Rengar, and Kha’zix, you just dashed into an enemy and began rapidly headbutting your keyboard and you could put out the same damage every time. Now, they’re all unique, more interesting, and require more thought to play. Except for maybe Rengar, he’s basically the same but with more AoE. RIP knifecat.

Keeping that in mind, the vanguard tanks have a lot of potential to finally be a fun class to play, if Riot can get them right.