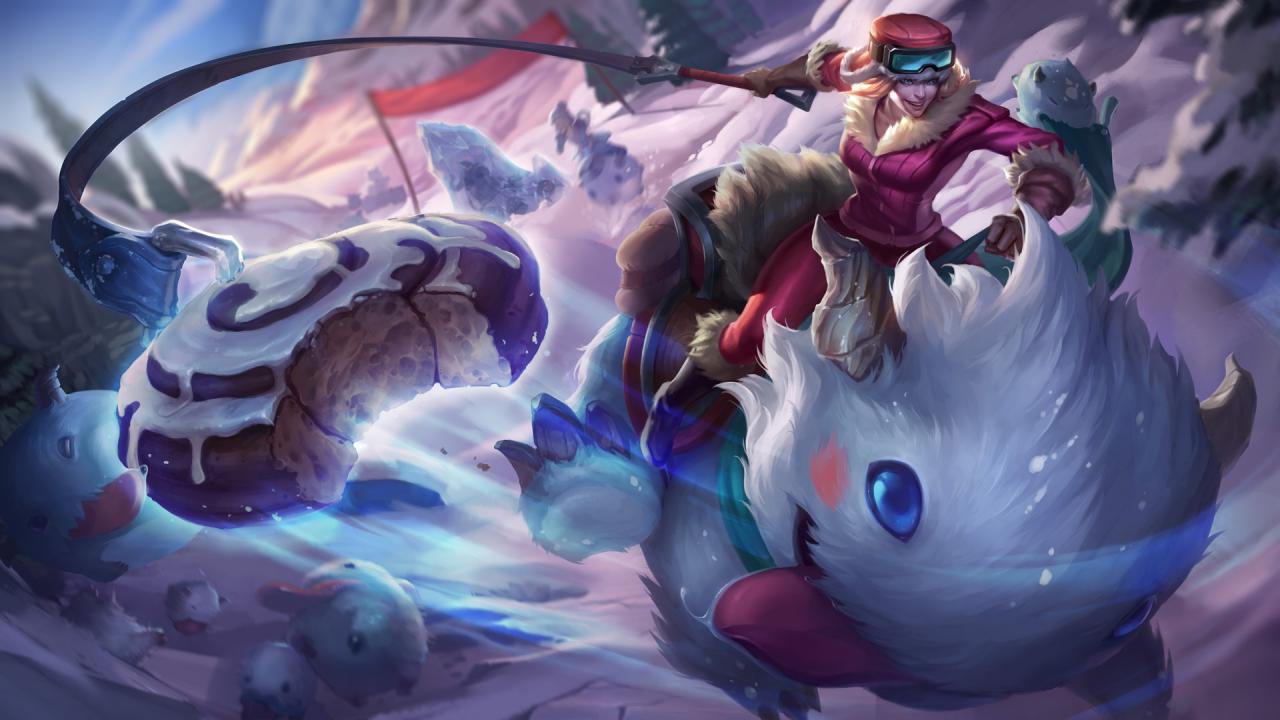 Each year Riot Games uses the Midseason Update as a catalyst to make large scale changes to League of Legends. Over the next few days, we’ll be highlighting the most important changes from the Midseason Update. This year, Riot’s design team sets their sights on the vanguard tanks- Sejuani, Maokai, and Zac. The update aims to improve many core tank items, as well as the Rift Herald and some AD items. It’s unclear how the meta will be affected by the update, but all of the proposed changes were made to improve the health of the game as a whole.

What is Sejuani, exactly? She has the potential to be a raging barbarian warleader, or even the heavy cavalry that leads the vanguard into battle, but she doesn’t fulfill either fantasy. Say goodbye to the boar-rider’s bleak identity, though, because her rework turns her into the warleader she was always meant to be. The details were released today by Riot.

You can use two words to describe Sejuani before this update: Glacial Prison. Her importance to the team, her presence in fights, and her usefulness as a jungler all revolved around the ultimate, Glacial Prison. Is it off cooldown? No? Don’t fight. Did she miss it? She’s useless. The two biggest goals for Sej’s update were to bring more to the table than just an ultimate, and to define her as a warleader.

Sejuani’s teamfight presence will now revolve around her Permafrost ability rather than her ultimate. Permafrost functions much like Braum’s passive, except one tiny detail: Sejuani doesn’t have to start it. Sej and her nearby allies’ melee attacks apply Frost to enemies, and when they hit max stacks, Sej can activate Permafrost on the enemy to freeze them in place. When she attacks a frozen target, she deals massive damage.

You can gather how important this will be for ganking, but imagine its use in a teamfight. She can dive in on a squishy target with her frontline allies to start the passive, and with the click of a button, the champ gets locked down and blown up. Enemies will have to be very careful of keeping away from Sejuani when their stacks are near the max.

The replacement for her old Flail of the Northern Winds is now a two-part skill that lets her swing her flail around to apply stacks of Frost in all directions and can be completed with a mid-ranged slam with the flail that deals AoE damage in a line. She can move about freely on her boar while using both parts to this skill. This spell will be the butter to Permafrost’s bread. Sejuani having the ability to apply Frost to anything in her general vicinity will give her freedom to detonate Permafrost on anyone in a teamfight that she chooses. Picking the right target to peel for her carries will be its best use.

Sej’s passive, Frost Armor, will now grant her resistances and slow immunity when she charges into battle. Being in the front of fights makes her stronger, so positioning will be key when maneuvering fights atop Bristles’ (her boar) back. Her ultimate, Glacial Prison, is much less powerful. Instead of stunning all nearby enemies, it will create a massive slowing zone that stacks her Frost. Think “giant Anivia ult” but with less damage and much more utility. Adding so much power to her regular abilities and removing the importance from her ult is exactly what Sej needs.

The jungle of League needs some fresh faces, and Sejuani’s update should do more than enough to throw her back into the meta, or at least viability. She’ll deal more damage for clearing camps, which was one of her largest weaknesses for jungling, and her ganks will be terrifying. Don’t be surprised if you face off against an army of boar riders in solo queue for a while after this update, because it’s going to be awesome.