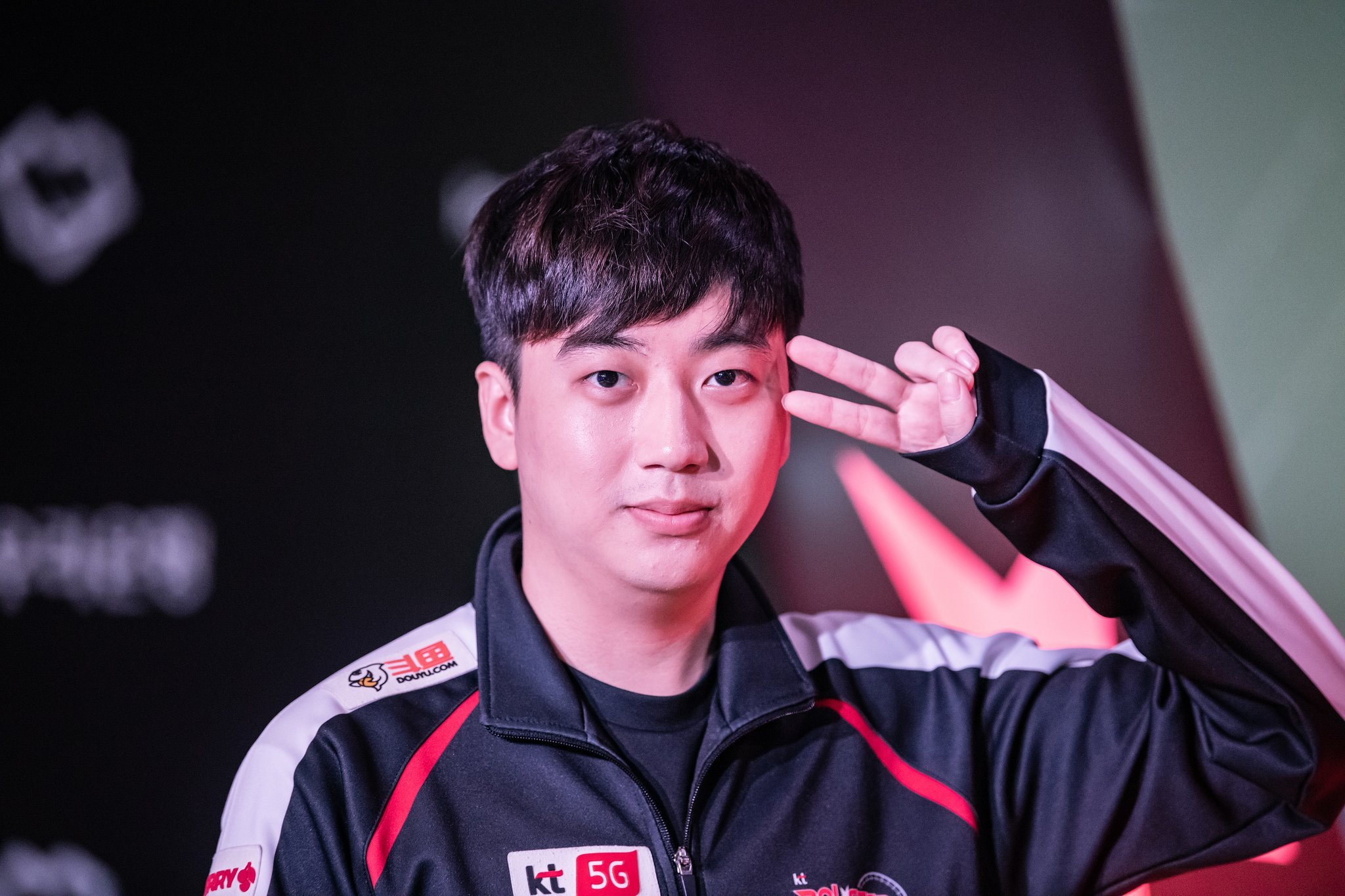 KT Rolster have sent off veteran Go “Score” Dong-bin in the best way possible, securing a 2-1 win against Kingzone DragonX in their final game of LCK Summer Split 2019. The result also means that KT have almost certainly avoided relegation, barring an upset by Hanwha Life against Griffin tomorrow.

Score announced his retirement on Aug. 2 in an interview with Ashley Kang after KT’s 2-0 victory over Hanwha Life. Score was the first player to hit 500 games in the LCK, winning only one LCK title across his seven-year career.

KT didn’t make it easy for Score though. Game one was a back-and-forth affair, with Kingzone dominating the early game while KT were waiting to scale into late. The gold lead remained in Kingzone’s favor, but KT found themselves picking up all the right objectives at the right time.

As KT fell to a squad-wipe at 21 minutes, Kingzone greedily looked for a push instead of resetting, allowing KT to get a sneaky Baron once they respawned. This trend continued for the rest of the game, as the gold lead dwindled and Gwak “Bdd” Bo-seong’s Azir came online.

Once 40 minutes hit, it was all KT, since Kingzone’s early game pick composition was hapless. Kim “Deft” Hyuk-kyu’s Lethality Varus dominated the early game along with Kim “Rascal” Kwang-hee’s Akali, but the two couldn’t find a clean push to end the game.

KT went into game two with a similar draft, with Hwang “Kingen” Seong-hoon swapping off Aatrox in favor of Renekton. KT gave themselves an early lead and held onto it—but much like Kingzone in game one, the lead slowly started to slip away.

As Kingzone managed to wrangle objectives away from KT, the game slowly swung away from them. Moon “Cuzz” Woo-chan’s Karthus decimated Kingzone’s lineup, with Deft’s Jinx there to clean up the scraps as Kingzone leveled the series.

With relegation on the horizon, KT had everything to play for in game three, and an immense amount of pressure to boot. So Score went back to his tried-and-true: Gragas, the champion he has played 77 times across his 713 game career—more than anything else. And he put it to work.

He helped KT secure their first three kills of the game, snowballing Deft’s Xayah in the bot lane. While the game stalled out in the mid game, KT got the ball rolling again off the back of a brilliant Explosive Cask by Score, securing the baron at 28 minutes.

No “SnowFlower” Hoi-jong’s Nautilus gave KT the tools to engage through Kingzone’s constant peel, and Kingen cleaned up the back-end of fights, as KT ended the game at 36 minutes.

Score’s legacy on Korean League will live on, even after he leaves LoL Park for the final time. He helped steady the ship for KT come the end of this season, and he can end his career on a high note.