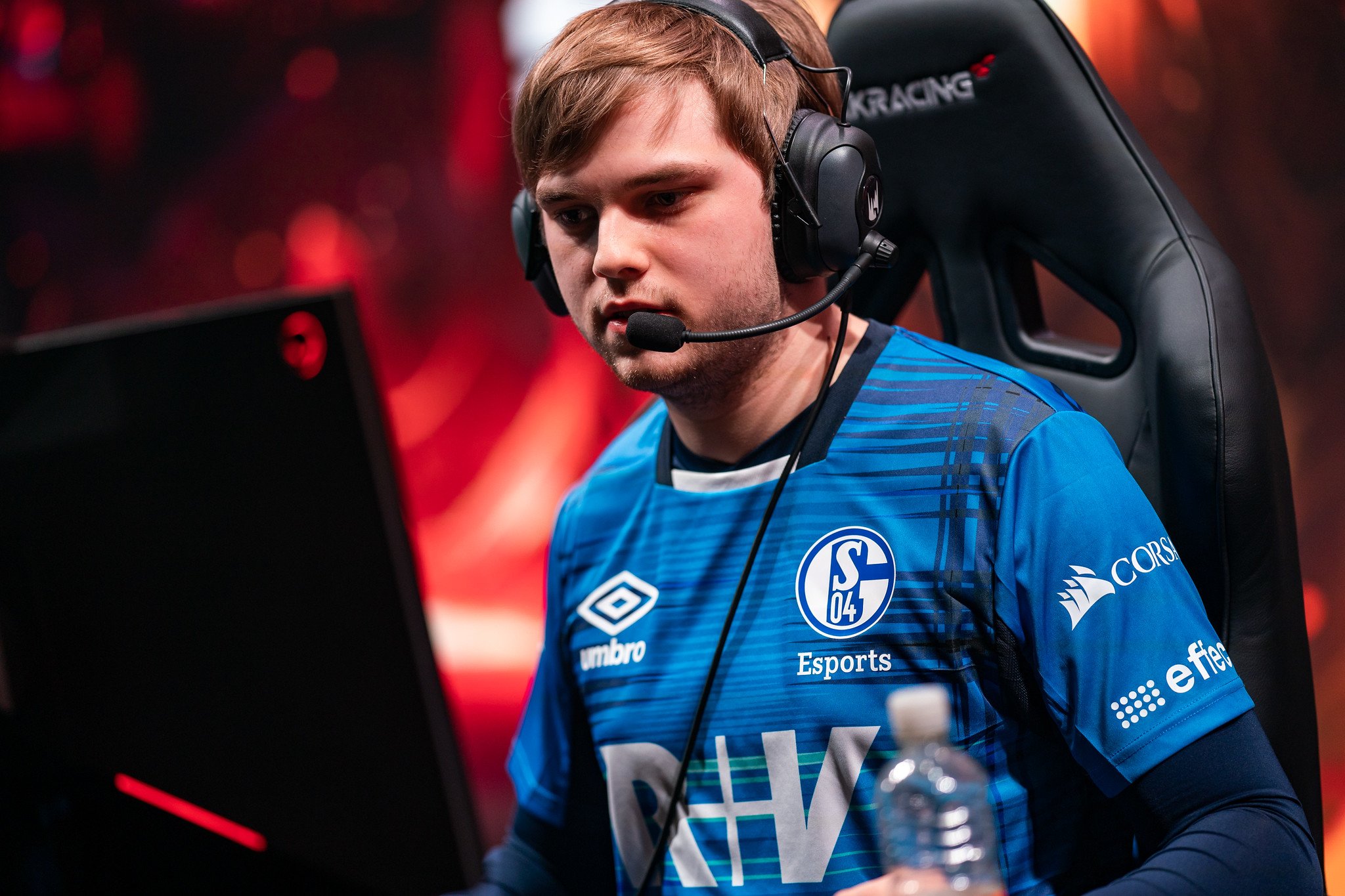 Schalke 04 have kept their LEC Summer Split playoff hopes alive after winning over MAD Lions in a 35-minute League of Legends game today.

All of S04’s members performed great today, but mid laner Felix “Abbedagge” Braun was on another level with his Corki. He got an early solo kill against Humanoid’s LeBlanc and snowballed from there.

The match began with aggressive plays around the top lane by both teams. While all the jungle action was happening in the top lane, Abbedagge decided to get a solo kill with his Cull start item against LeBlanc.

With this small lead, Abbedagge got to his core items faster, ensuring the teamfights early on were going in S04’s favor. Even though the gold lead was fluctuating between both teams, S04 seemed to be more in control of the game.

A crucial teamfight around the fourth dragon won by S04 shed some light for their miracle run. They were able to stop MAD from getting to Dragon Soul point and earned a hefty gold lead from the victory.

After securing that lead, S04 went to spend all the gold for their item spikes, increasing their power in the upcoming teamfights. As the game progressed, they funneled all resources into securing the Ocean Dragon Soul, which is known to be the most powerful buff in the game.

ADC Matúš “Neon” Jakubčík finally broke the EU Ashe curse today as well. He is the first ADC to secure a win in the LEC Summer Split with this pick, notorious for being great into Caitlyn. Other European ADCs haven’t seemed able to utilize her to much effect.

For S04, this win represents the last bright light that is their miracle run to the playoffs. This was the hardest obstacle they had to face and they now have a 75-percent chance to lock-in playoffs, according to LolEsports stats.

They need either Excel Esports or Fnatic to lose their match later on for them to get qualified playoffs. Both G2 and SK, the opponents of Excel and Fnatic, respectively, look much better and S04 should be quite optimistic about their chances of getting into playoffs after a disastrous 0-10 start of the split.