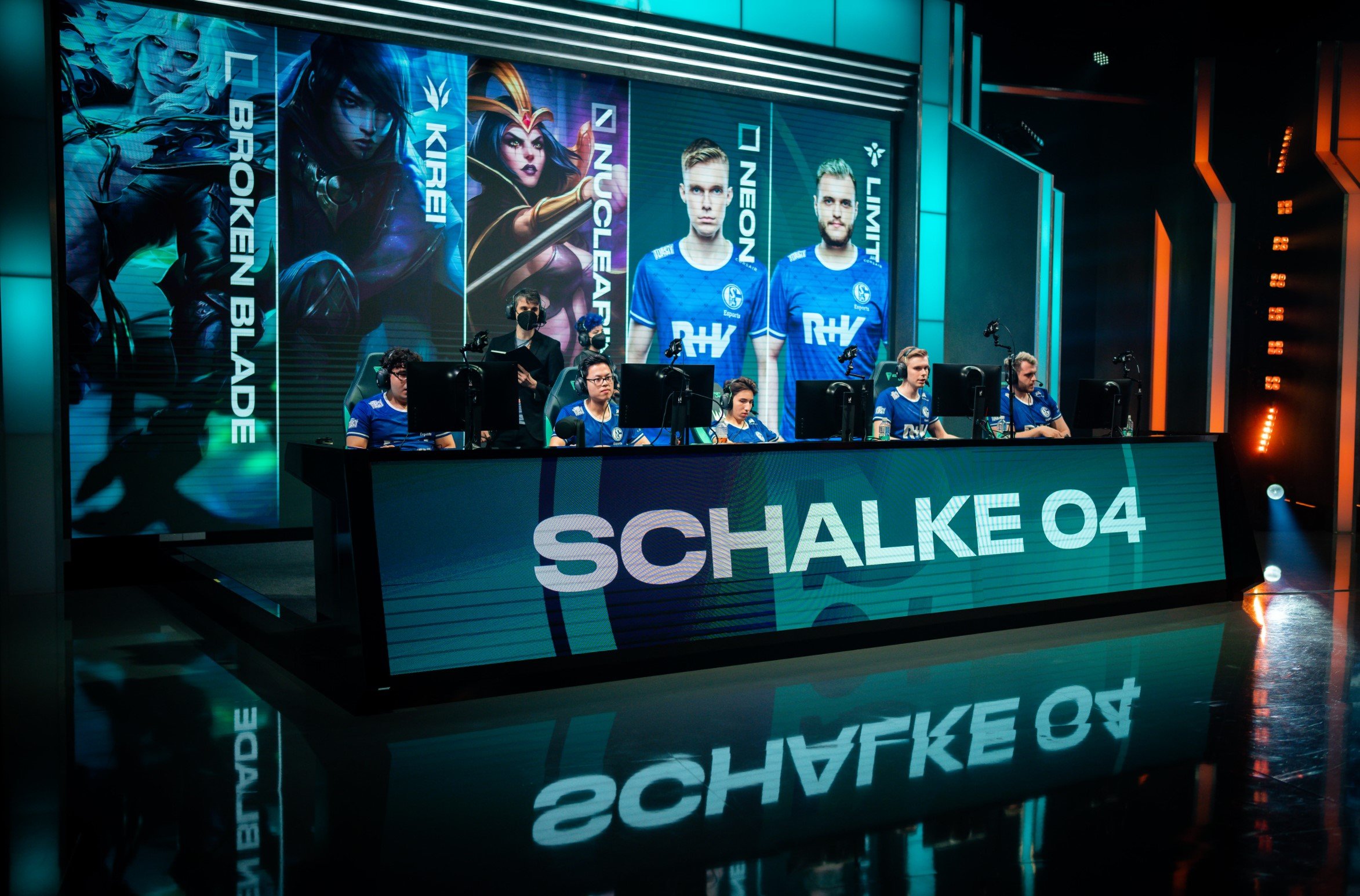 It’s been a season to forget for Schalke 04, and today, the organization’s 2021 campaign came to an unceremonious end after Schalke tasted defeat in their final LEC game. The team will go for sale after the conclusion of the 2021 season, with Swiss esports organization Team BDS agreeing to a deal for Schalke’s spot in the LEC earlier this year.

Today’s loss marked the end of a grueling Summer Split for Schalke, a team that failed to gain any momentum from the very beginning of the season’s second half. A record of 3-15 over the course of their final 18 games cemented Schalke in the basement of the LEC, and the team finished last in the league’s standings without much of a contest.

Today, Fnatic delivered the final blow to Schalke by defeating the once-ever-prevalent European contenders by over 11,000 gold in just 34 minutes. Fnatic mid laner Nisqy pulled through for the team, posting a scoreline of 7/0/9 on the day.

Schalke 04 reached the LEC playoffs back in the Spring Split, but failed to produce much success to mirror that result in the organization’s final LEC split. Schalke 04 debuted in the EU LCS in 2016, was relegated to the Challenger scene in 2017, but came back to the region’s major stage in 2018, where they would compete through the 2021 season. After starting off in the European scene as the “new kids on the block,” Schalke eventually blossomed into one of the region’s most prominent legacy organizations.

Schalke 04 played a total of 283 games over the span of six seasons, posting a record of 137-146 across the franchise’s history. The most impressive of those seasons came in 2018, when the team reached the Summer Finals of the EU LCS, and came just two games away from reaching the World Championship through the European regional qualifier event.

Today’s match may have marked Schalke’s final appearance in an LEC game, but the league will still move along with its postseason, for which Fnatic qualified earlier in the week. Their opponent in the LEC playoff bracket is yet to be set in stone, but with a record of 11-7 to finish off the Summer Split, Fnatic have guaranteed themselves at least a top five finish on the heels of today’s victory over Schalke.