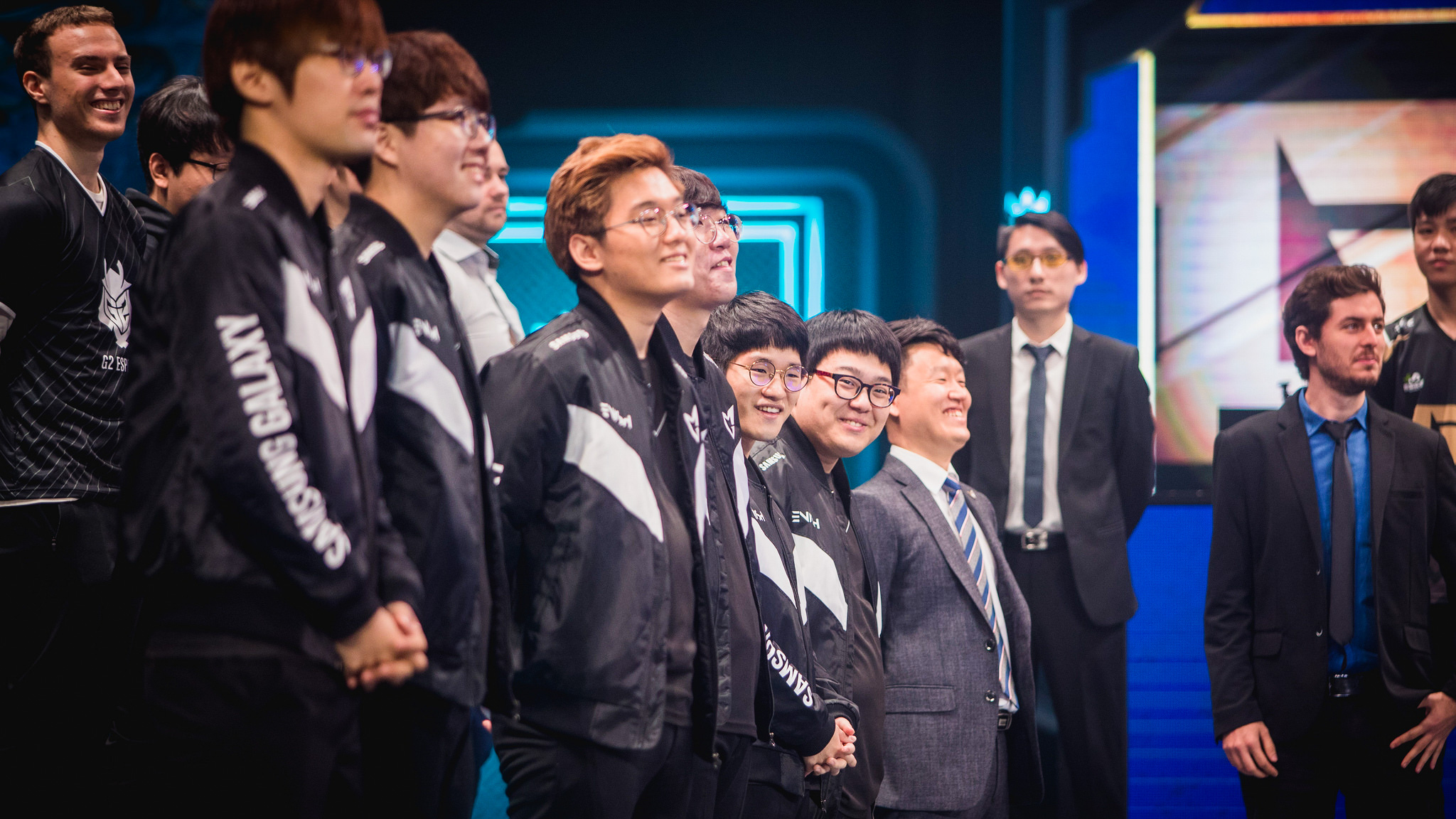 Magic was in the air for EU LCS teams at Worlds.

After Fnatic came back from a 0-3 hole to make it to the quarterfinals yesterday, it seemed like momentum was on the side of the Europeans. Then tonight, G2 opened play with a shocking upset win over Royal Never Give Up, a team some were calling the best at Worlds so far.

But magic can only go so far. Apparently the pixie dust just doesn’t work against South Koreans, as Fnatic lost yesterday to the LCK team, Longzhu Gaming. Trying desperately to keep their own Worlds hopes alive, G2 needed to hope their sorcery would hold against Samsung Galaxy.

It didn’t. Samsung played a methodical game to beat G2, reaching the quarterfinals and putting G2’s own hopes on life support.

Upended by the draft

One of the first things that went wrong last week when G2 lost to Samsung Galaxy was the draft. The surprise Ivern pick didn’t work and G2 gave over too many comfort champions to the talented but inconsistent LCK side.

Related: What G2 needed to do against Samsung to advance.

In the revenge game, G2’s draft again came up woefully short. They banned Samsung mid laner Lee “Crown” Min-ho’s Malzahar, a champion he had just beaten 1907 Fenerbahçe with. But they left him Galio, a champion who perfectly fits the current meta with his combination of wave clear and tankiness and a game-changing semi-global ult.

And instead of picking the same Lulu-Tristana bot lane that had been so successful against RNG, they went with Janna and Kog’Maw instead, the same combination that Royal lost with. The nail in the coffin was giving Cho’Gath over to Samsung top laner Lee “CuVee” Seong-jin, a key pick in the same vein as Galio.

G2 then compounded their draft issues with poor item builds. Despite a strong start that saw them catch Samsung jungler Kang “Ambition” Chan-yong a couple times, Samsung slowly started to out-scale. G2 mid laner Luka “Perkz” Perković built extremely aggressively on Ryze, and G2 as a team had too much AP. And in a repeat of their itemization mistakes against Royal’s Twitch last week, they failed to buy armor against one of the game’s scariest hypercarry ADCs.

Just like last week, Samsung used their champion and item advantages to roam the map as five, taking control of entire swaths of the G2 jungle while putting the side lanes ahead. G2 never got close to a turret, much less an objective. Only some heroic teamfighting from Perkz and ADC Jesper “Zven” Svenningsen kept Samsung off the Baron.

But eventually, G2 exhausted their summoner spells and Samsung’s map control meant Zven’s demise. It’s unfortunate that in a game he played so well, the key moment came when he was caught with absolutely no options.

Samsung went to Baron immediately after that pick, but G2 made it interesting. Kim “Trick” Gang-yun jumped into the pit to contest and was just 68 hp off from winning the fight.

With Baron, Samsung cycled through G2’s inhibitors a couple times, with Zven desperately clearing minions. Eventually, too many objectives fell and too many super minions meant the end for G2.

With the win, Samsung have claimed a spot in quarterfinals. Meanwhile, G2’s chances are in tatters. They need Royal to lose to Fenerbahçe, beat Fenerbahçe themselves, and then win a tiebreaker against Royal to make it. The odds look impossible, but as we learned yesterday with Fnatic, never write off a EULCS team with their backs against the wall.