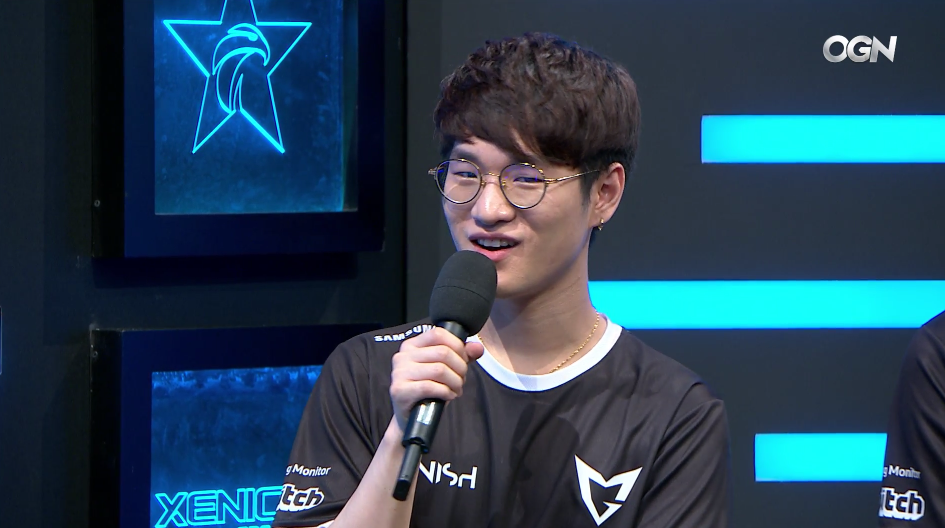 In a rematch of the 2016 League of Legends World Championship final Samsung Galaxy gained a measure of revenge over SK Telecom T1.

Heading into the match Samsung’s Lee “Crown” Min-ho, in an interview with Daily eSports translated by Slingshot Esports, expressed the team’s current lack of confidence. With practice not going well Crown put their chances of winning the LCK title at “zero percent.”

Pitted against LCK and MSI champions SK Telecom T1 in their opening match of the Summer Split, the struggling members of Samsung had a tall order set ahead of them. Despite constant mini skirmishes from both sides, game one’s early stages saw no kills until 10 minutes. Samsung, after earning first blood, used this slight tempo lead to take the Rift Herald.

Samsung solidified this lead a few minutes later with a two pronged assault in both the mid and bottom lane. Heo “Huni” Seung-hoon, who could only teleport to one lane chose bottom, leaving Lee “Faker” Sang-hyeok to perish. With the mid lane of SKT now vacant Samsung could safely summon their Rift Herald, which earned them them almost two turrets.

Now firmly in the lead, Samsung had the freedom to invade SKT’s jungle.

An unsuspecting SKT fell into Samsung’s trap, which let Crown and Jo “CoreJJ” Yong-in find two kills off a beautiful Zyra and Taliyah combo. From here Samsung freely took the Baron with no opposition. The Baron empowered Samsung then rushed into SKT’s base, taking inhibitors, and shortly after, the game.

Undeterred from their loss, SKT moved into game two looking for an early invade. Unfortunately for SKT the move was botched due to poor execution, and Samsung took two early kills. SKT tried to dive Lee “CuVee” Seong-jin, one of the benefactors of the early invade, in an attempt to make a comeback. Once again SKT’s plan went sour, with CuVee able to get a kill onto Han “Peanut” Wang-ho before falling himself.

While this was occurring, down in the bottom lane Samsung were finding kills left and right. Now faced against a fed Camille with gold starved carries, SKT were in trouble. Faker tried to bring SKT back with a massive four man Galio taunt, but his teammates were simply too weak to find any kills. Instead it was Peanut who fell from a Samsung counter engage. Now without a jungler, SKT were unable to stop Samsung as they took their second Baron of the series.

Instead of rushing the base like game one, the Baron empowered Samsung chose to execute a 4-1 split push strategy with CuVee’s Camille. While not as quick a strategy as rushing the base, this slow push eventually panned out. SKT could do little to stop the multi lane pushing Samsung as they beat on the nexus.

While SKT have the legitimate excuse of little preparation due to just returning to Korea from MSI a week ago, which was played on an old patch, Crown and Samsung should take this win as a huge confidence boost. This win over SKT, a team very few sides beat in any competition, will surely aid Samsung later in the Split.