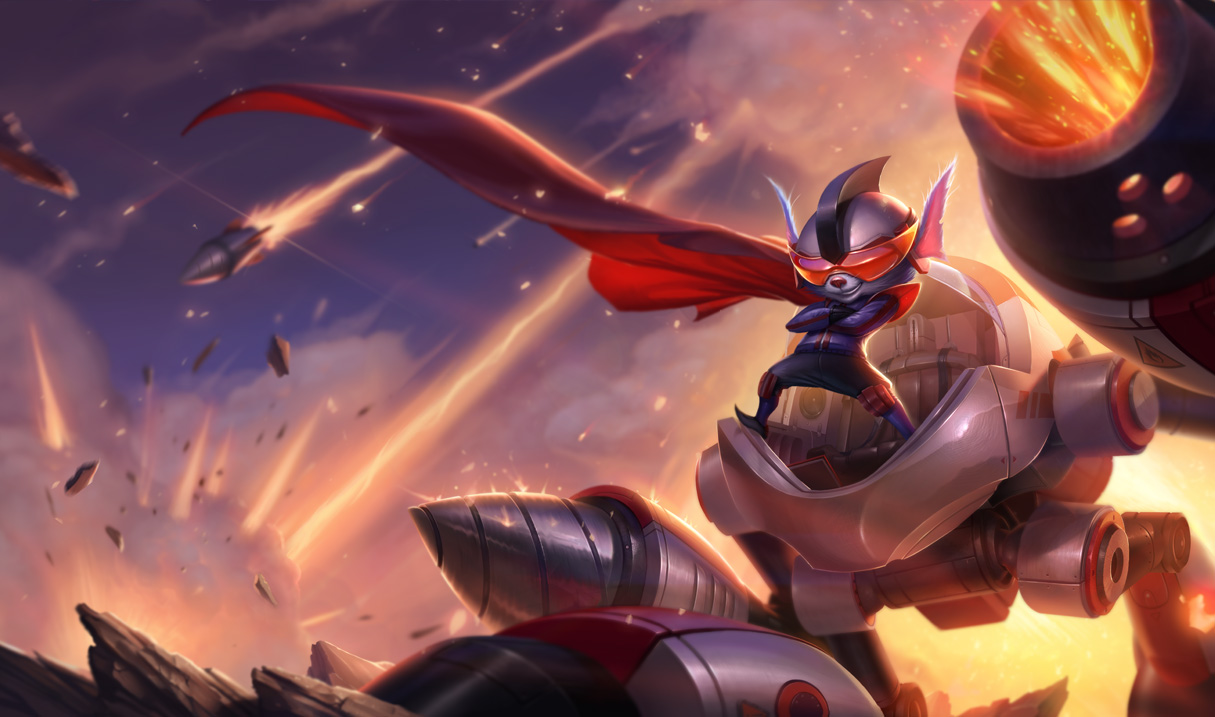 Rumble is getting changed quite a lot in the next patch. But don’t be fooled, those changes are going to result in a big overall nerf to his lane presence.

The full list of changes was shared by a member of the game balance team at Riot last week before they were pushed to the PBE, and they looked a little too harsh. As it turns out, they really are. This is especially true considering that Rumble isn’t necessarily a very strong pick right now, and the nerfs seem a little out of left field for that reason. HIs winrate is a well below average 48 percent, according to League of Legends stats website OP.gg, and he has very clear counter picks in champions like Akali and Jarvan.

The goal of the proposed changes is to give Rumble more of an obvious window of vulnerability. But here’s the thing: His window of vulnerability is already quite obvious. You engage when he overheats but not before he uses his final overheated ability. That’s not a wide enough window, apparently, so Riot is looking to make it even more obvious. Those efforts leave poor Rumble feeling much weaker in the early stages of the game.

For starters, his passive will function differently. Instead of the decay beginning after three seconds of not using an ability, it will now begin after four. This is good and bad. It’s good because you’ll be able to hold onto that last overheated ability for a second longer, which gives you more of a chance to use it correctly. On the other hand, it’s bad because when he does overheat, he will take longer to cool off so you can use an ability again. That one second may be the difference between a death and a victory. The decay speed is a bit different too. But at the end of the day, the decay speed change shouldn’t matter much, if at all.

The big issue with the changes is the update to his Q, Flame Spitter. It will now only be 75 percent effective against minions, but it’s being buffed to deal more early damage as a result, so the minion damage nerf is negligible. The big part, however, is the cooldown change. Right now, the Q is on a six second cooldown at all ranks. Now, however, it will begin at a 10 second cooldown, and as it’s ranked up it will fall back down to six. Even though it will deal more early damage to your lane opponent, four seconds is nothing to scoff at. Rumble’s damage-trading at early levels is going to take a serious hit, and with the overheat decay taking longer to start, it can leave Rumble with a very long window with no significant damage.

If the changes go through, this will leave Rumble in an overall weaker position, which sucks, because he’s not anywhere near being an OP pick. He’s good in tanky matchups, and that’s why many pro teams pick him, but his strengths are situational. If you’re a fan of Rumble, your best bet will probably be to buy a Doran’s Shield as your first item, and then ride out the early game without trying to duel much, at least until you rank up your Q more. You can try to duel, but it won’t go well.

These changes are set to go live in Patch 7.12, which should be in a few weeks.