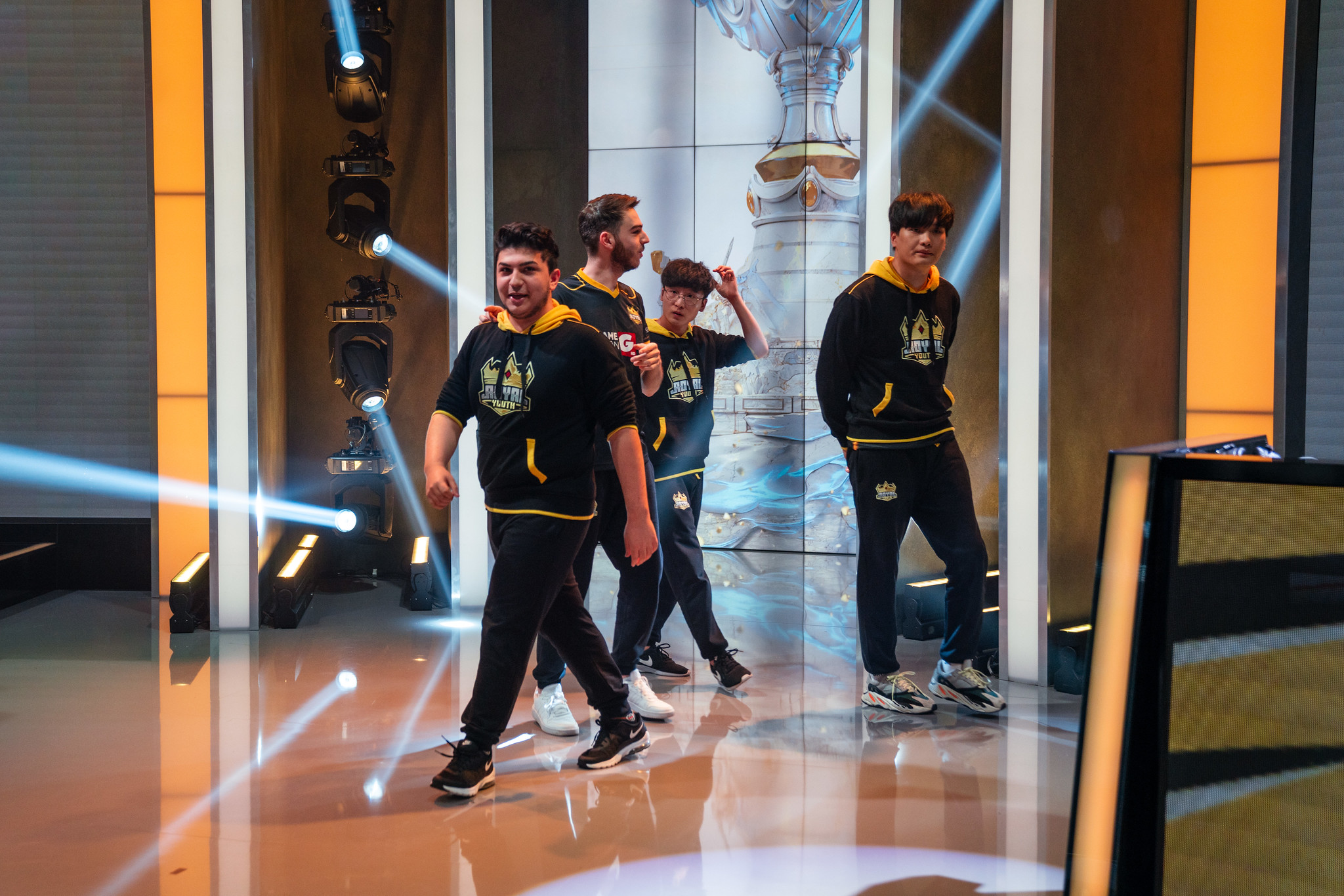 Royal Youth entered the 2019 League of Legends World Championship hoping to just survive the first few days of the play-in stage. They were seeded into Group D along with Korea’s DAMWON Gaming, an overwhelming favorite. It seemed destined that the group would come down to a death match between Royal Youth and Brazil’s Flamengo eSports to pick up the scraps behind an undefeated DAMWON.

And that’s exactly how it happened. Each team got one win off the other in the group stage of play-ins while losing both matches to DAMWON. That set up a final tiebreaker between the two, one that Royal Youth won convincingly.

Royal Youth actually didn’t even get its first win of this stage until the second-to-last scheduled game. With an 0-3 record, they required a win in the rubber match over Flamengo to stay alive. It wouldn’t be easy: Flamengo had a raucous fanbase in the Berlin arena singing their praises. And in one of the earlier matches, the Brazilian team held a lead over DAMWON for a while.

But Royal Youth won the lane phase and set themselves to split the map with Fiora. Every time Flamengo tried to answer the split push, Royal Youth took more objectives on the other side. Pretty soon, they also took down the Flamengo nexus. The two teams then had to wait out the last game of the groups, a match between Hong Kong Attitude and Lowkey that decided seeding in Group C.

When they loaded onto the Rift for the final time, Royal Youth again seized tempo in the match, winning all three lanes before the enemy Nocturne could hit level six for a devastating gank. Even when he did, Royal Youth top laner İrfan “Armut” Tükek managed to secure a solo kill for First Blood before giving up his life. Everything Flamengo jungler Lee “Shrimp” Byeong-hoon wanted to do, Royal Youth had an answer for.

Despite Shrimp’s magnificent scoreline, Royal Youth were just too ahead in the other position, ending just shy of 28 minutes. Turkish teams haven’t had the best of luck at Worlds, so the win was important for Royal Youth to stay alive, knowing that they won’t have to face Damwon again in the play-ins. For Brazilian fans, it must be devastating to see a team this talented fall for a second straight game and get eliminated without much of a fight.

DAMWON, Royal Youth, Hong Kong Attitude, and Lowkey Esports now head into the best-of-five portion of the play-in stage, which starts on Oct. 7.