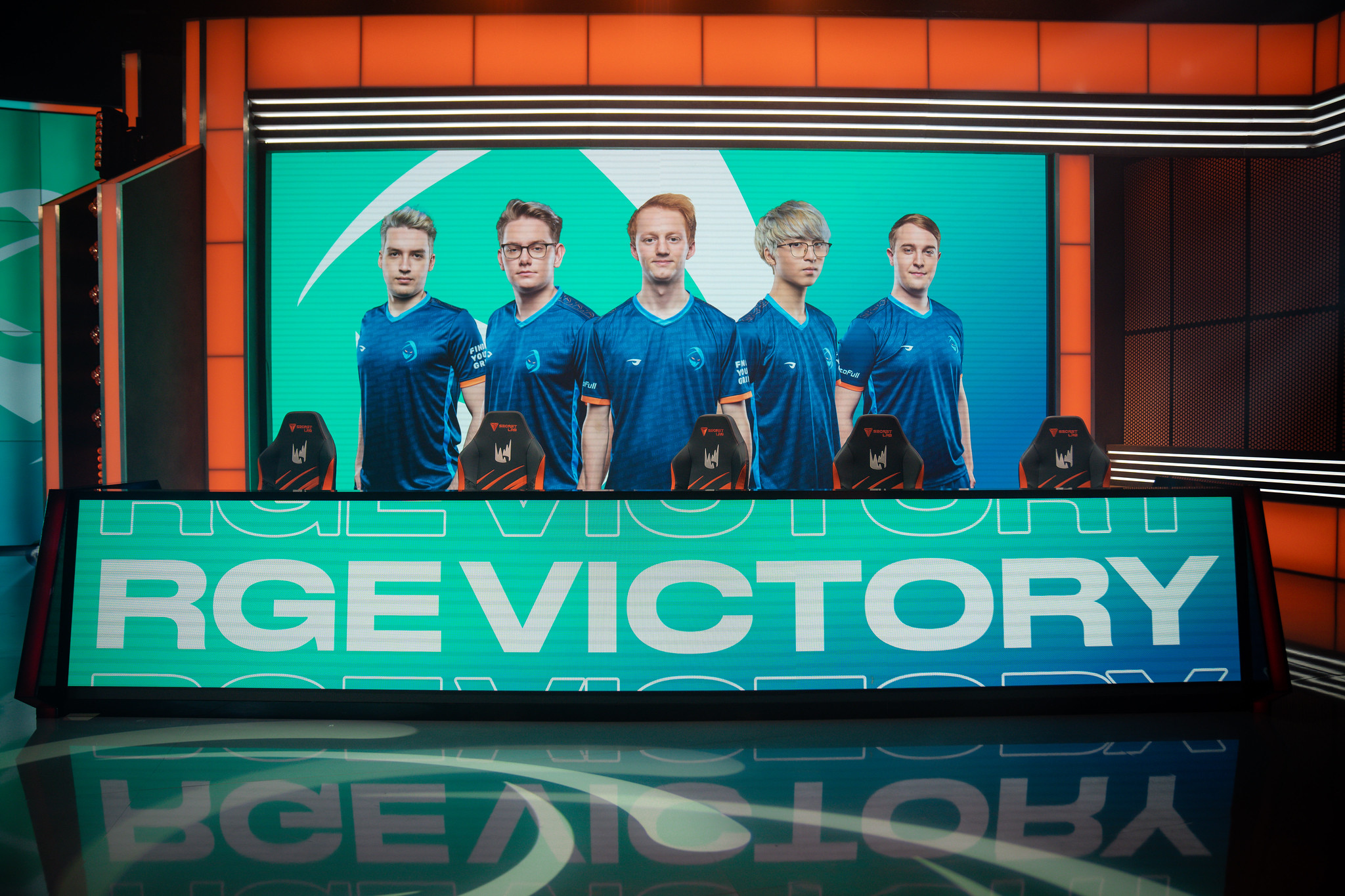 It’s rare that a game of League of Legends is truly even until the final second. But that’s what we saw today in the LEC Summer Split after Rogue clinched an incredibly close victory against Vitality.

The game kicked off to an exciting start with Vitality choosing to lock in both Gwen and Viego—two champions who have only been playable for a single day of the LEC so far this year. Rounding out their composition with hyper-carry Kog’Maw in the bottom lane for AD carry Crownshot, Vitality sent Gwen top lane for SLT, while Viego was left in the hands of Lider in the mid lane.

Rogue, on the other hand, opted for a more traditional composition, The comp included Larssen’s iconic Lucian mid lane, one of his highest win rate champions from the Spring Playoffs at a 60 percent win rate over five games played with a 4.9 K/DA, according to Games of Legends. The draft also saw top laner Odoamne pick up Nocturne, traditionally a jungle pick that we saw gaining popularity as a laner throughout Spring 2021.

The game was bloody from minute one, with six kills at six minutes and both teams looking hungry for crucial early leads. An early Rift Herald from Inspired gained Rogue an objective and tempo lead they exploited throughout the early game, looking to put the bloodthirsty Vitality on a back foot by starving them out of dragon control. But Vitality were by no means ready to roll over and die, even after an unfortunately slow start to the game for Crownshot’s Kog’Maw.

Rookie top laner SLT served as Vitality’s saving grace in the mid game. He put on a clinical Gwen performance that secured Vitality an early Baron through sheer side lane dominance and a solo kill onto Larssen. For a roster so full of aggressive, carry-style players, SLT stepped up in remarkable fashion as the least-experienced player on the roster to draw Vitality back from the jaws of a slow snowball into an inevitable loss.

But SLT’s heroic performance in the mid game was not enough to secure the win for Vitality today. Each of Vitality’s players had an incredible individual performance, with Crownshot salvaging his early-game issues but not enough to surpass Rogue’s pixel-perfect decision-making in the final teamfight that finally turned the tides in their favor.

This was, without a doubt, one of the most exciting games of the LEC so far. Vitality’s off-season moves garnered mixed responses from the community, but they are already proving they are a team to be reckoned with in the Summer Split. While mid laner Lider is undeniably the player to watch on this star-studded roster, it’s worth keeping an eye out for SLT as the split progresses. He joined Vitality after playing with Berlin International Gaming in the Prime League in the spring, and he’s already looking like one of the stronger top laners in the LEC.

We won’t see these teams face off again until the second round robin, but Vitality will play a currently undefeated Misfits on June 12 at 11am CT. These two teams, neither of whom qualified for the playoffs last split, are looking to contest the top three of Rogue, MAD, and G2 Esports in the LEC Summer Split.