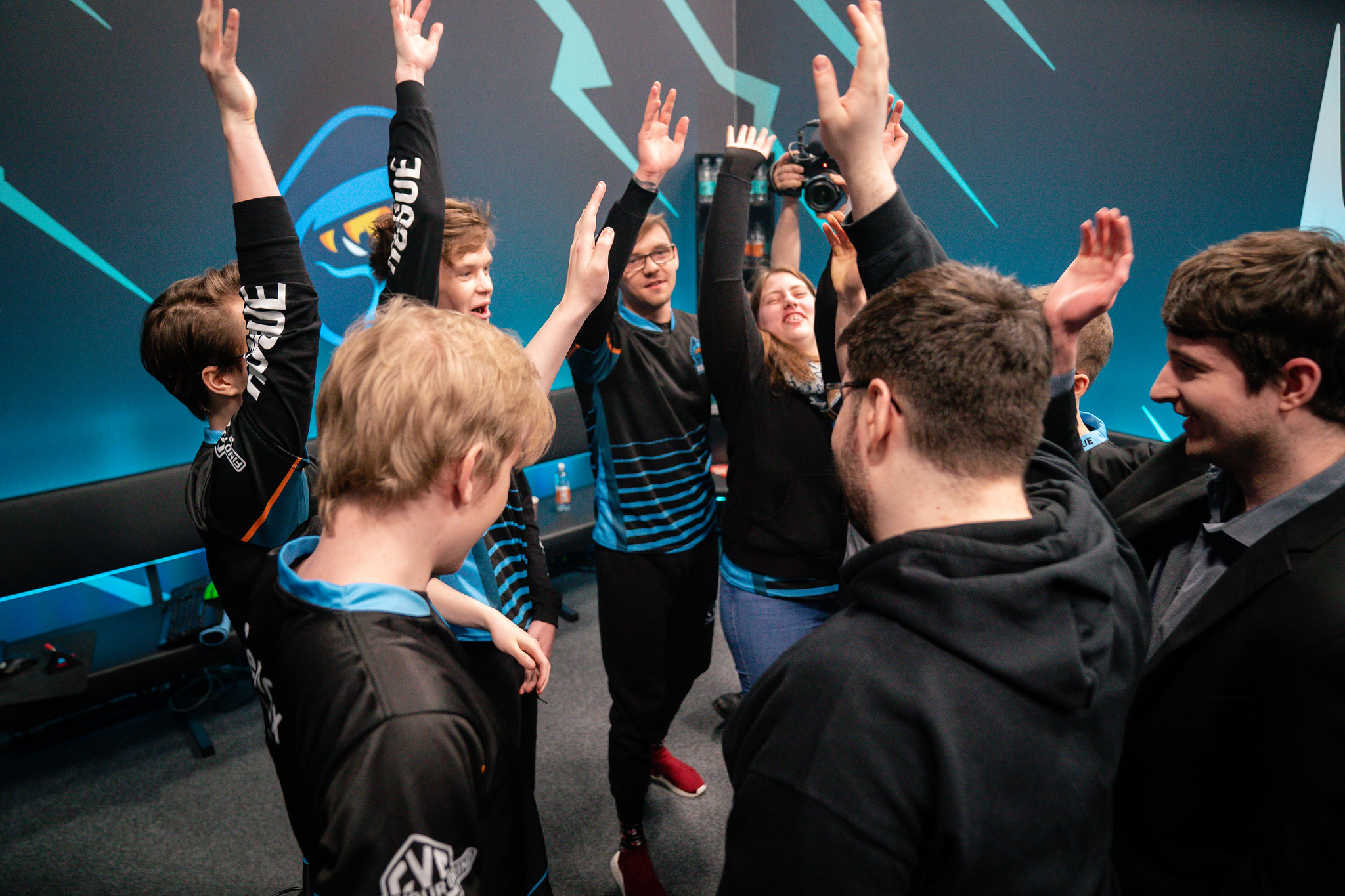 Rogue’s first split in League of Legends went pretty poorly with the team finishing last in the LEC with just two wins.

After a lackluster start to the season, Rogue are in dire need of change if they have any hopes of challenging for the Summer Split playoffs spots in a few months time.

Rogue’s manager Tomislav “flyy” Mihailov and coach Simon “fredy122” Payne know this and recently talked with Dot Esports to explain exactly what went wrong, what they are looking to improve on, and what their ambitions are for the Summer Split.

This was Rogue’s first split in the LEC and it didn’t go as well as expected. What do you feel went wrong?

Fredy: There were many problems, but the biggest was that as a team we couldn’t develop a playstyle together. There were differences between the players in how to approach the game that were very difficult to fix and resulted in very little synergy between them.

Flyy: People just had a different style from their previous teams that was really hard to change, which led to people wanting to do different things once on the Rift. It was kind of fixed once Vander became the sole lead on calls, but [there’s] still a lot of work to do.

Fredy: One of the goals for next split is to get the players on the same page about how to play the game together. This in itself will fix a lot of issues from the last split and hopefully allow us to grow as a team week by week and improve our results.

Flyy: We have really talented Academy players that are now available to play on stage for Summer Split, so we will do a system where everyone gets their chance. That will also help us with finding the right synergy in between players.

You obviously have a lot of experience in EU with your time on ROCCAT. How more competitive does EU feel this year to previous years?

Fredy: It’s definitely more competitive than in previous years. I would say that on average, every team is smarter than previous years and they can usually use advantages they gain to snowball.  Individual skill and draft are more important than ever, and it’s less likely you’ll get advantages by having a better understanding of the game than the enemy teams.

Flyy: Compared to previous years, this year everyone came with the ambition to fight. So getting players last offseason was different and more challenging. And now people are more tryhard. With franchising, players are no longer that safe with their starting position, which leads for everyone not to slack. And on top of that, teams are free to experiment more which makes things more unpredictable.

Fredy, you have obviously had your fair share of competitive play in the top lane in previous years. Looking at EU’s current crop of top lane talent, who do you feel are the top three toplaners in EU so far and why?

Fredy: I think it’s pretty close between most of them. The one that stands out at the moment is Wunder. I would say Cabochard and Alphari are two and three based on this split. When I look at top laners I rate them based on how much pressure they can apply in the early game and how they move around the map.

When you finally gave up the keyboard and mouse competitively, what drove you to become a coach over moving into analysis or other areas of the scene?

Fredy: I always enjoyed thinking about the game at a deep level and I also enjoy drafting, so transitioning to coach and helping newer players to understand how the game works at the top level seemed really natural.

Do you ever get urges to compete again? Could we see the great fredy122 return to Summoner’s Rift in the future? Or is coaching now your long term future in League?

Fredy: While I do like to daydream about it sometimes, I think my future is in coaching and helping develop the younger talent that is slowly coming into the scene. I would never be able to commit to grinding in solo queue and keeping up with the other players.

Now I want to talk to you, Flyy. When you first started managing Dignitas all those years ago, did you expect League esports to get as big as it has done? What are your biggest surprises over the past few years?

Flyy: I had stopped doing esports at the time before League came out. But the fast growth of the game convinced me it is really stupid from me to give up and not give it another push. Obviously, I could never expect how big it would become, what we have today was what we dreamt for in the early 2000s and it is just amazing.

And the biggest surprises—like have you seen the Worlds final this year and the songs? The Dragon last year? It’s just phenomenal what Riot and League have managed to achieve.

You have been managing a fair share of teams over the past few years. To any inspiring general managers, what advice would you give to the new blood who want to enter the field themselves?

Flyy: Well the past few years, it has been only ROCCAT, but overall I’ve had a few teams—true.

But joking aside, do not let yourself get overconfident. There is always someone better than you and you need to work hard every day and push the limits. As a manager, there is no shameful job you have to do—you do what is needed. But don’t over criticize yourself also. You’re working with young players, and as much as you need to support them, they are not always the right ones!

Back to both of you now. Looking forward to MSI, how do you think G2 will perform against some of the bigger teams?

Fredy: They are more than capable of taking down the other big teams and have a good chance of doing well. Either way, it will be really interesting to see how they perform against teams who can match them in the early game.

Tomas: Well it is the time they can show that Europe performance at Worlds was not because Korea underperformed, but that we actually are on par and can compete. So I am really looking forward to the event, and supporting the EUPhoria.

Can we expect any surprises from Rogue next year as they look to challenge for a potential playoff spot?

Fredy: It’s hard to say at the moment. We are just aiming to improve and reach that playoff spot. Hopefully, our performance on its own compared to last split will surprise people.

Flyy: Well, I would say we aim to surprise in Summer Split and not next year. But that said, we keep our heads down, hoods up, and we move step by step and match by match.

Lastly, what should Rogue fans expect to see from their team next year?

Fredy: Honestly, we just want to show a good performance and reach that playoff spot. Rogue fans can expect us to perform a lot better than last split and show improvement week by week.

Flyy: Improve, improve, improve—that is the keyword with us this year. We just work hard and try to show everyone that where we finished in spring is not where we belong.