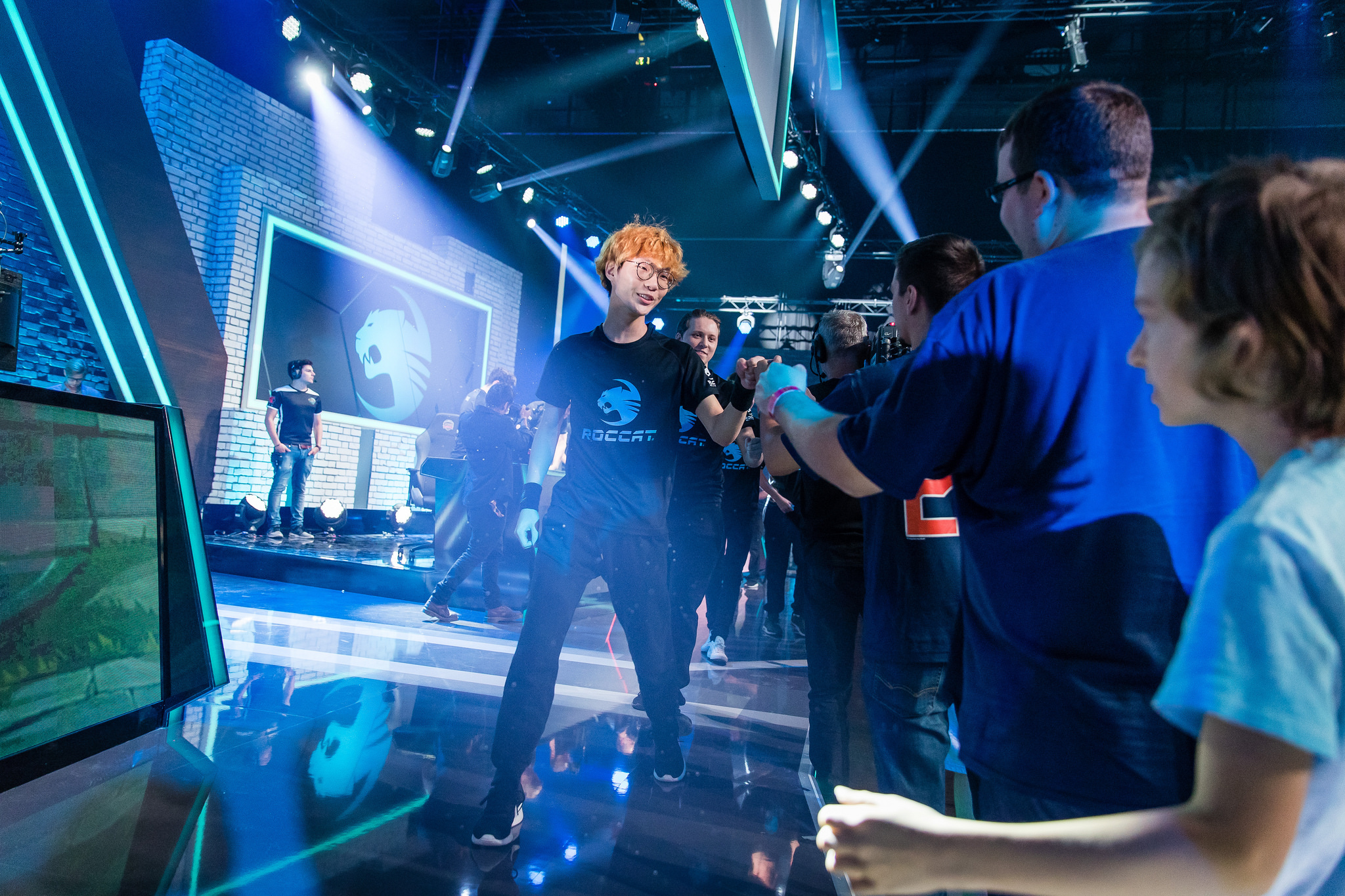 Fnatic were riding so high.

Last week, they beat G2 Esports, the current kings of Europe, to retake what has for years been their title. At 3-0 and sitting comfortably atop of Group A, all they had to do was beat Team ROCCAT to head into cross-group play undefeated.

ROCCAT is, of course, no stranger to huge upset victories. Still, whatever hope this team seemed to have from their near-playoff appearance in spring seemed to dissipate over the first weeks of summer. They played uninspired League, at one point losing to G2 despite facing three substitutes.

The first game showed exactly why ROCCAT has struggled so much this year. The team’s lane phase is generally a mess, and they look clueless when it comes to early rotations. Even after getting the first turret of the series by sending four members to the bot lane, ROCCAT couldn’t stop making mistakes.

Fnatic should be one of the easiest teams in Europe to scout. They want to split push and play all three lanes. Allowing ADC Martin “Rekkles” Larrson to get two turrets is totally inexcusable. Not only did he get a lead, Fnatic played the long lanes much better. They seamlessly farmed non-priority lanes while pushing the lanes around key objectives. Their individual CS leads continued to grow, making ROCCAT desperate. Desperate teams don’t usually win games.

The desperation would only continue into game two. Somehow, ROCCAT lost the lane series even harder, with top laner Ambrož “Phaxi” Hren looking like he was inting. This isn’t hyperbole—he had 1 kill to 12 deaths at one point. Facing a monumental challenge, ROCCAT got back into it with some epic teamfights.

Now tied, ROCCAT surged into the lead in game three. Phaxi finally found himself on Fiora. Critically, after a few more early hiccups, the team settled down and patiently set up their macro game. They stuck Phaxi in a long bot lane, where he could farm away on Fiora. Meanwhile, the rest of the team set up vision in the top side jungle to prep for Baron. It was a simple rotation, but a correct one made at the right time and supported by vision.

Feeling the game slipping away, this time it was Fnatic that felt compelled to rush the Baron. That gave Pridestalker the perfect opportunity to fire back at his critics.

Fnatic set the Baron up poorly, and Warwick is nigh unstoppable when he wants to get into the pit. Pridestalker ended up stealing not one, but two Barons, and ROCCAT ran away with the rest of the game.

This upset now throws Group A in turmoil. Fnatic are still on top, but questions have arisen whether they can continue to play the same predictable style around Rekkles’ Kennen. And after a sorry start to the split, ROCCAT have some work to do to get back into the playoff conversation. But at least that conversation has started, and they are learning from their mistakes.