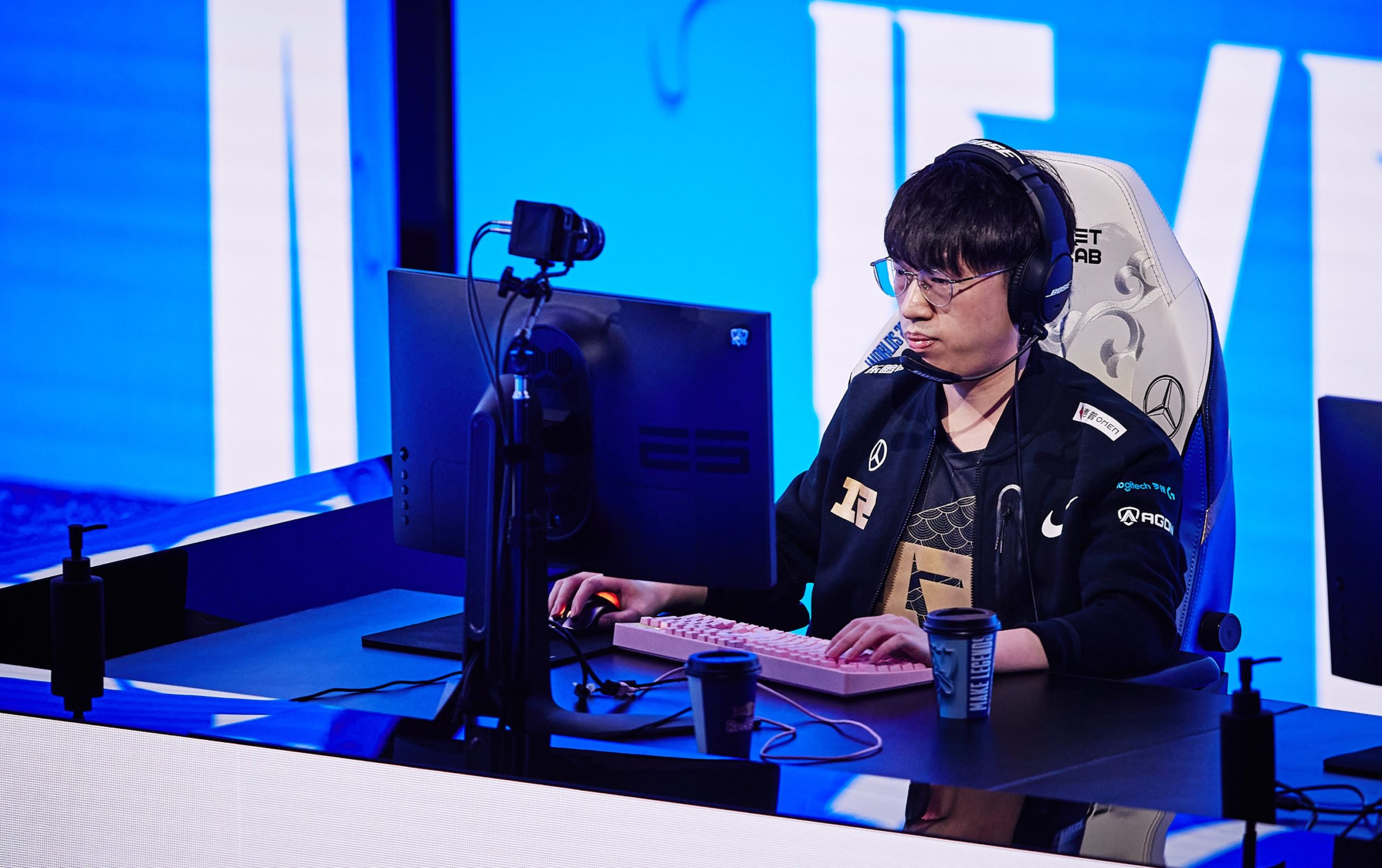 Royal Never Give Up claimed China’s final berth at this year’s League of Legends World Championship earlier today, locking in their place at the Worlds play-in stage.

RNG qualified for Worlds today with a best-of-five win over LNG Esports in the final round of the LPL’s regional qualifier. RNG was nearly reverse-swept by LNG but put together a surgical, low-kill fifth game of the series, outpacing LNG in a battle of late-game-focused team compositions.

In the end, RNG AD carry GALA served as a pivotal factor in the series, finishing with a combined scoreline of 18/7/19 across the five games. According to League stats site Games of Legends, his average damage per minute of 671 this series was nearly 100 points higher than his season average. Across this series, only three unique champions were played at the AD carry position across both teams: Zeri, Lucian, and Sivir. GALA picked up wins on all three of them.

For RNG, 2022 will mark the organization’s sixth appearance at Worlds in the last seven years. The team reached the grand finals of Worlds in 2014 but has not finished in the top two since.

Last season, RNG and LNG both attended Worlds together. Since the LPL only gets four slots at the tournament, LNG will be forced to watch the tournament from home.

RNG won their second-consecutive Mid-Season Invitational earlier this year, defeating T1 in the grand finals. Only one team in pro League history, 2016 SK Telecom T1, has ever won MSI and Worlds in the same season. RNG had a chance to do so in 2021 but was knocked out in the quarterfinals of last year’s World Championship at the hands of eventual champions Edward Gaming.

Later this month, RNG will participate in the play-in stage of Worlds as the LPL’s fourth seed. They will compete alongside other play-in teams, including Korea’s DRX and Vietnam’s Saigon Buffalo.

The Worlds play-in stage is set to begin on Sept. 29 in Mexico City.