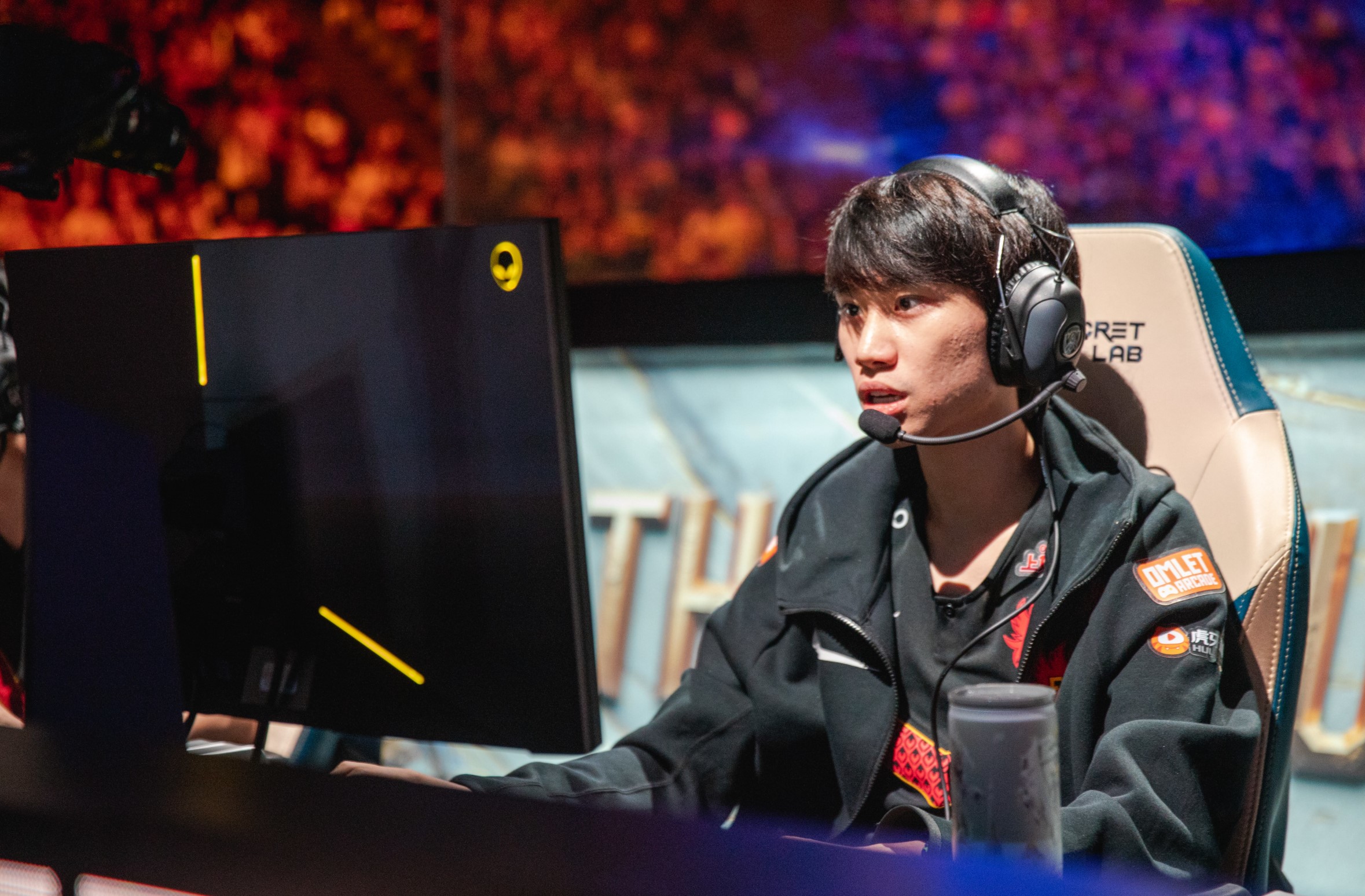 It’s 3am and Korean-born FPX mid laner Doinb is streaming a League of Legends solo queue game on Douyu. He’s the only one left in the gaming house. Between scrims, solo queue, and an LPL Summer Split series the day after, he’ll have a busy schedule. But it doesn’t matter. As the 2019 world champion often says, he’ll have all the time to sleep when he’s retired.

On top of being a great competitor, Doinb remains close to his fans by streaming almost every day of the week during the LPL season, even on game days. His dedication to the game is widely known and admired by experts and enthusiasts alike in all parts of the world. At 24, he tops the Chinese ladder and has now turned his gaze to the highest level of the international scene once again, the 2021 World Championship.

Every team participating in the tournament is hungry for victory. But more than that, Doinb and his FPX teammates are starved for trophies. History only remembers winners and the LPL team has yet to grab a title in 2021. They’ve been prevented from reaping the rewards of their hard work by falling to second place in the playoffs of each LPL split this year.

In the Spring Split finals, Royal Never Give Up defeated FPX despite previously being sent to the lower bracket by them. FPX missed a chance of performing on the international stage at MSI because of this loss. This came as a hard blow to the players and they hurriedly stepped off of the stage while the camera focused on RNG hoisting the LPL trophy in front of both cheering and disappointed fans.

After the midseason break, FPX’s results skyrocketed through the initial weeks of the following split. But history eventually repeated itself and FPX ended their LPL season by missing their second title in the Summer Split finals, losing to EDward Gaming. This second crucial loss may have served as a true wake-up call: FPX only have one chance left to win a title this season and it’s the hardest of all.

One month after that tough defeat, FPX are ready to open the World Championship’s group stage with a matchup that will garner the attention of fans worldwide against defending world champions DWG KIA. FPX’s new top laner, Nuguri, will face off against his former DWG teammates and look to shine on the international stage after switching regions heading into this season. FPX are among the favorites at Worlds 2021 and have been drawn into the so-called “Group of Death.” High expectations from the LPL fans weigh on the representatives’ shoulders to see them bounce back and rise to the top once again.

After winning the 2019 World Championship, FPX fell from grace in 2020. They stepped onto the LPL stage with the same players, but they showed only a shadow of their previous performances. They were nowhere to be seen on the international stage and fell short of expectations since their results in the LPL prevented them from qualifying for both MSI and Worlds 2020. Many experts wondered if their Worlds success was only a flash in the pan. But this year, they clawed their way back to the top of the competition, and the only thing that changed was the signing of top laner Nuguri, who replaced GimGoon and Khan.

The South Korean player was one of the hottest free agents on the market during the offseason following his Worlds title—and for good reason. In 2020, Nuguri proved he could dominate his lane over high-profile top laners from all regions. Expectations rose for FPX when he joined the team last December, but there were still many questions to be answered, notably on whether Nuguri would be a good fit.

Doinb served as a deciding factor in this aspect. As a South Korean pro who earned LPL residency, he’s perfectly bilingual and has acted as a translator from Korean to Chinese for the top laner. There are several accounts of him, as depicted in one post-match interview, telling stories of inside jokes and expressions he taught to Nuguri, helping him settle in as well as understand their comms in general.

In addition, Doinb aims to enable Nuguri in-game by roaming toward his lane whenever he can, staying true to the playstyle he’s become famous for. Doinb shares shotcalling responsibilities with jungler Tian, who leads the early game and makes decisions such as drake or Herald control. He’s also been crucial in FPX’s success this season with a playstyle that mainly revolves around the Rift’s top side.

Priority picks and most of the team’s resources are usually handed to Nuguri and he earned the most counter picks of top laners in the 2021 LPL Summer Split. The team also boasted the highest drake control rate and second-best Baron control rate in the league, according to Oracle’s Elixir. In this strategy, FPX’s bot lane is the most discreet. But ADC Lwx and support Crisp also made waves in many early games by engaging in two-vs-two fights whenever they could against their opponents.

Even though Nuguri is at the center of FPX’s games, Doinb made a habit of earning a major part of the spotlight by being named the 2021 LPL Summer Split MVP after totaling 13 game MVP titles during the split. This marked the second time he’s earned the league’s MVP award, also doing so in the 2017 LPL Spring Split.

Doinb has competed at the highest level since he joined the LPL in 2015 due to his multiple strengths: a packed training schedule, his never-ending passion for the game, and the support of his fans and wife, Umi. His career didn’t only consist of highs, though. In 2016, his team was relegated to the LPL’s challenger league, LSPL, and he thought about retiring.

But Doinb persisted and eventually returned to the LPL after topping the LSPL’s rankings. Even before earning his first Worlds title in 2019, he told The Players’ Tribune he wanted to retire due to health issues. FPX convinced him to keep playing, though, and offered him physical therapy.

“A doctor told me how serious my spine issues were,” he said after Worlds 2019. “It terrified me. He said if I took a break from my training regimen, I could probably recover. But I knew that if stopped playing for an extended period of time it would mean the end of my career.” At that time, Doinb’s ultimate goal was to be crowned world champion before ending his career. And he ultimately achieved it.

His second Worlds title is now closer than ever and he’s been relentlessly training on the European server’s solo queue. On top of scrims, he usually completes over eight solo queue games every day, according to LoLpros and OP.gg. In an interview with PentaQ, he said he’s confident in ending League’s 2021 season with a new Worlds title. And even if he pushes his body to its limits with a packed schedule to follow a full year of competing, it’ll be worth it.

Whatever the future brings, the FPX captain and his teammates have competed in enough Worlds iterations to know what to expect. They’ll kick off the main event by facing off against defending world champions DWG KIA on Oct. 11 at 6am CT.