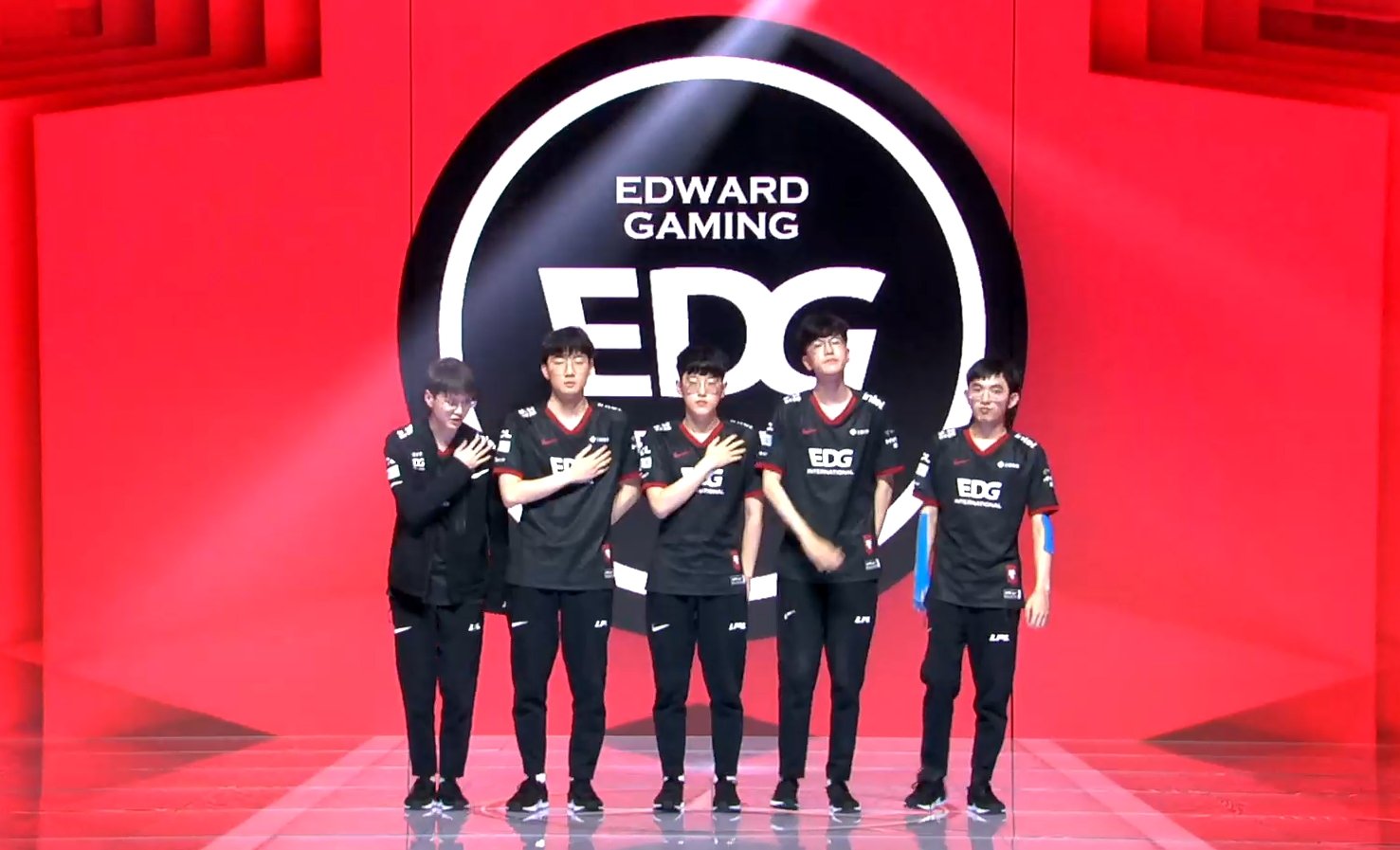 Edward Gaming looked incredibly strong in the 2021 LPL Summer Split finals today, defeating FunPlus Phoenix 3-1 to be crowned champions. This is EDG’s first LPL title since the 2017 Summer Split final, putting an end to an arid era for the organization after its fall from grace.

The League of Legends team came into today’s series firing on all cylinders, showing heavy aggression during the early games and leaving no time for FPX’s players to breathe. And in the mid-game phases, they avoided overreaching and patiently waited for objectives to appear on the Rift to look for fights against their opponents.

While this style prevented EDG from wasting their resources on unnecessary fights, it also offered opportunities for FPX to set up precise engages and gave them a chance to turn the tide of the match. That effectively happened in the third game, which FPX won due to their well-executed teamfighting composition.

EDG let FPX engage most of those fights and slowed the pace of the game at a moment where they were largely ahead, but it didn’t turn out as expected. Nuguri’s Kennen and Doinb’s Galio proved to be crucial in those fights, using their ultimates not to shut down the opponents but to separate them and make them vulnerable.

This win offered FPX’s players a boost in confidence and they came out on top of the next game’s early phase due to impressive plays all around the Rift. Contrary to EDG, however, FPX tried to finish the fourth game as fast as possible, showing up in front of the opponents’ Nexus towers at the 20-minute mark already. But that overaggression cost them.

EDG came back into the game after shutting FPX down in their base, stole the Baron a few minutes later, and set up a crucial fight around the drake. EDG bot laner Viper had a massive impact on this fight on his Aphelios, remaining at a safe distance at all times to deal the most damage possible and ultimately earn a triple kill.

From that moment on, EDG turned things around and won the last game to be crowned champions of the 2021 LPL Summer Split. Mid laner Scout was voted the MVP of the series thanks to his stunning performance on Ryze and Twisted Fate, which was decisive in enabling his teammates to snowball the games they won.

Although FPX proved to be prepared for EDG’s strategies in the early game, they still lost most of those skirmishes due to their opponents’ stunning execution. EDG top laner Flandre also proved he could face off against one of the best top laners in the world in Nuguri, even though he was offered many resources by his team to ensure his opponent couldn’t snowball. While most of the action happened on the top side of the map, FPX’s bot lane of Lwx and Crisp got the edge on their lane several times, but it wasn’t enough to turn the tide of the games.

EDG and FPX will represent the LPL at the 2021 World Championship, while the LPL Regional Finals have yet to determine which teams will earn China’s third and fourth seed in the tournament. The participating teams are Team WE, RNG, LNG, and Rare Atom. They’ll battle it out starting tomorrow, Sept. 3, at 2:30am CT.