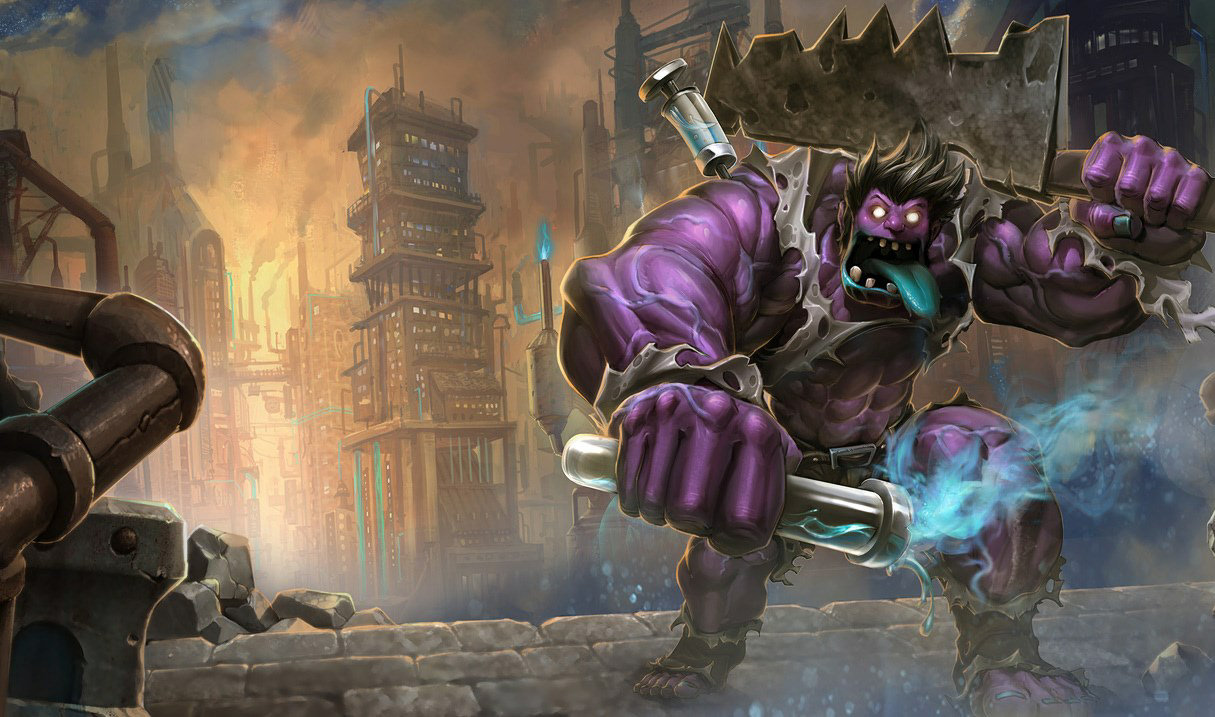 Riot Games discussed Dr. Mundo’s rework today, coining it the “update that goes where it pleases.”

Today’s dev blog post explained the early direction for one of League of Legends’ most loveable champs. While Mundo’s visuals and theme will be updated to fit in better with League’s visual style, his “kit complexity” will remain simple.

“We want to build more mastery into his kit, but not the kind of mastery that will suddenly require you to have lightning fast reflexes, so expect his kit complexity to stay pretty similar,” Riot said.

The dev team believes Mundo’s current kit, which focuses on “super-tank regeneration” and the “ability to constantly chuck cleavers,” works well and will stay in some form post-update. Riot’s goal is to create more counterplay options, diversify Mundo’s gameplay beyond landing cleavers, and bring him into the “modern era of League.”

Even though the final direction of his kit hasn’t been decided yet, the devs have been experimenting a bit. One iteration allowed the psycho doctor to gain max health every time he was hit. But this was “too much of an incentive for bad decision making.”

Another idea was to create a “chain-reacting corpse explosion” from ripping out cleavers. But this zoning tool made Mundo more into a mage and not a tanky top laner.

Mundo’s update is scheduled for a 2021 release. Riot intends to further update fans with another blog post toward the end of the year.